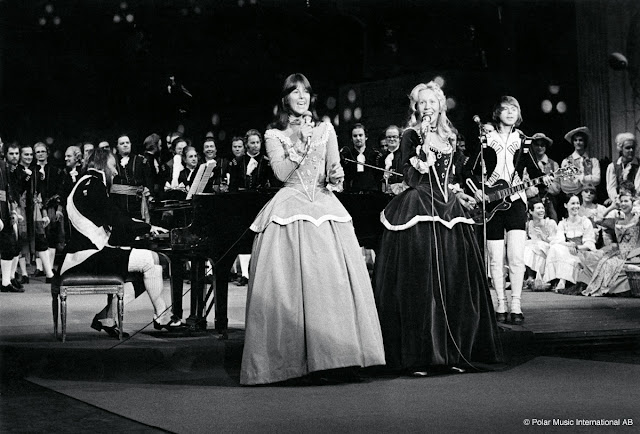 On the eve of the wedding between Sweden's King Carl XVI Gustaf and Silvia Sommerlath, ABBA performed Dancing Queen at a televised all-star gala staged by Kjerstin Dellert, held at the Royal Swedish Opera in Stockholm, Sweden.
This was the first live and domestic performance of Dancing Queen, after premiering on TV in Japan and Germany during the spring of 1976. 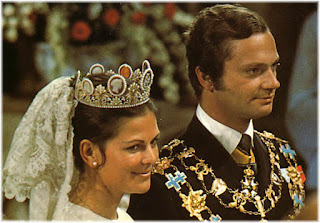 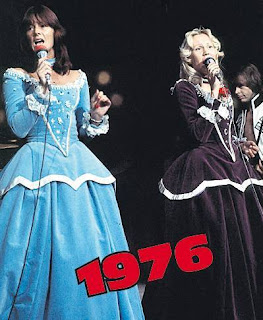 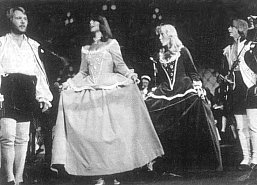 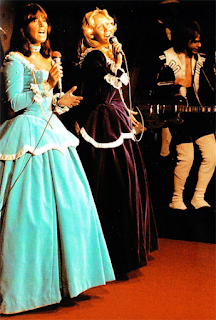 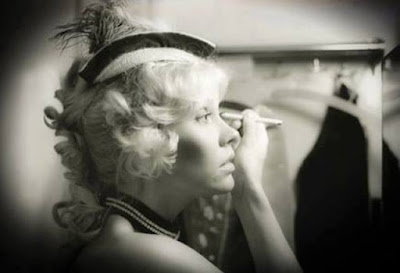 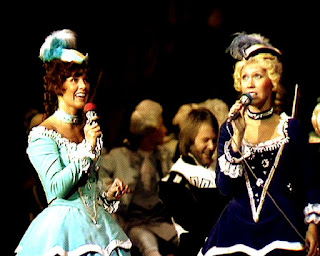 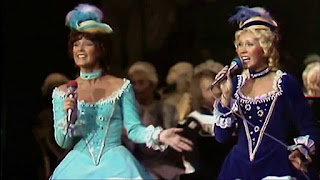 After the gala performance at the Stockholm Opera house the King, Silvia and their families and friends went back to Drottningholm to have their own party.

All the other people involved in this gala went to the restaurant Operakällaren instead.

The gentlemen's medallions clanked in tune with the crystal glasses and the ladies long dresses swept around the room.

The mood was already on a very high level when Bertil Attelmark started playing dancing music. The room was filled with important people from the state and among them where the governors Lassinantti, Huss and Holmberg, the opera singer Håkan Hagegård and our world stars ABBA. The athletes of the country were represented by Linda Haglund, skier Ewa Ohlsson and the racing driver Ronnie Petersson.