Stockholm has everything New York or London has but without the people and the traffic. Because it is built on islands and surrounded by water, you get this enormous sense of freedom. People don’t bother me at all, so I can walk around without any problem.

Naturally, I would recommend a visit to Abba the Museum. When they told me that it should be in Stockholm, that’s when it dawned on me – it’s going to be in a very prominent place that I will pass many times a year, with my children and grandchildren, and with friends. It had to be great, because I wouldn’t be able to escape it. That’s why I got involved. It’s a very hi-tech museum, but it also has warmth and humour. My favourite exhibit would have to be the homemade double bass from my first-ever group. 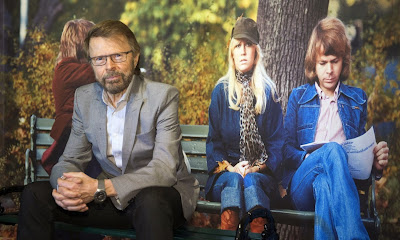 Stockholm is the most beautiful capital in the world. Visitors should take one of the sightseeing boats and see it from the water. They should also visit the Vasa Museum. It’s absolutely magnificent – a large 17th-century ship housed within a museum.

The Stockholm archipelago is unique, with tens of thousands of islands. It’s one of the most beautiful places in the world. I’ll often take my boat to Sandhamn, an island outside of Stockholm. There’s a restaurant there called Monrad’s where I like to have lunch. Actually, I’ll be going there soon with the new lady in my life. I’ve called her Dancing Queen and she’s a Princess 64 Flybridge yacht. 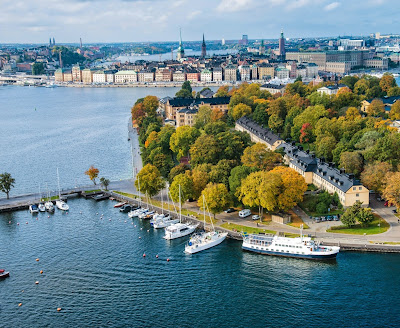 There are lots of outfits in the museum. I’m proud to say that most of my Abba costumes still fit me. I don’t have a favourite, but if I had to choose one it would be something from the later years. There’s a photo of me in a kind of Superman outfit from early on and I cry in pain every time I see it. It shows a level of bad taste unsurpassed by any other pop star. 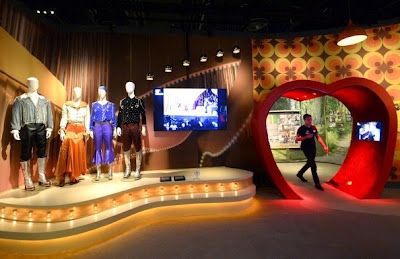 I love the city’s food hall markets. Two of the best are Östermalmshallen and Hötorgshallen. My favourite restaurant is at Hotel Skeppsholmen, but the food I couldn’t do without is sashimi. I go to a great Japanese restaurant in the centre called Seikoen. There’s also a marina called Bullandö, just outside Stockholm, where I go to eat the best ice-cream in Europe – it’s called Bullandö Glassfabrik. 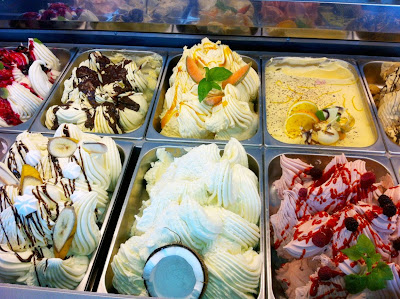 My favourite thing about Stockholm, and Sweden in general, is that it’s not overcrowded. There are only nine million of us Swedes, so we’re not overpopulated in the way many areas of Europe are.

People in Stockholm are quicker to adapt to change than in the rest of the country. It has become a very creative city – for music, fashion and computer games. It is a lot more cosmopolitan than it used to be, but I wouldn’t want it to grow much bigger.

When I get time off, I love to relax with my grandchildren – sailing, kayaking, reading, and watching movies and documentaries. I love to take them all on holiday with me.

Benny comes to Stockholm regularly so I see him quite a bit, especially since we still work together from time to time. Agnetha and I have children and grandchildren together, so I see her at birthday parties and such. Frida comes to Stockholm from her home in Switzerland every now and then, and she’ll say hello.

There are some great Swedish musicians around at the moment. I’ve been listening a lot to the Swedish band First Aid Kit. Their roots are in folk music and the same goes for me.

I don’t think I’ll be watching Eurovision this weekend. I rarely watch it these days. Not because it was better in the old days (it wasn’t), but because there are too many countries in the competition. And as a songwriter, I’d be more interested in a contest where the emphasis was on the quality of the song.

I love churches and there are a couple in the old city, such as the Storkyrkan, which I’d recommend visiting.

Another special exhibit at the Abba Museum is an award we were given which I had at home for years. It’s a hideously ugly German music award, a figurine in the form of Hiawatha called Silberne Otto. It was awarded to us by the German magazine Bravo and I kept it on my windowsill. Over time I grew rather fond of it and it was with a heavy heart that I gave it to the museum. Come to think of it, I miss my Silberne Otto. 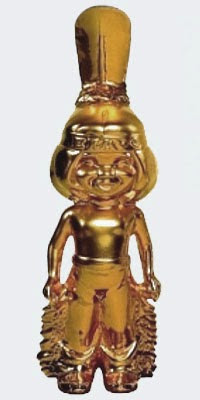 During the Abba years, we did some television work in East Berlin. People there loved us but it was so depressing. I remember we were paid in whatever currency they had – East German marks or whatever – which you couldn’t change when you got to the west. Nobody would take it. I had one day to get rid of it, so I bought everyone in the bar a drink!

I only book holidays in winter. Why? Try a cold, windy and damp November day in Stockholm and you’ll know why!