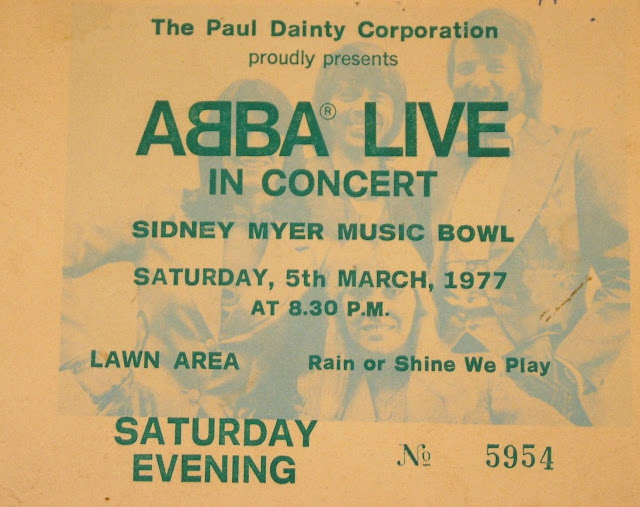 Sidney Myer is also remembered for establishing free, open-air concerts in Melbourne in 1929 – which continue to this day at the Music Bowl. Construction of the Bowl was funded by the Sidney Myer Fund and the venue was officially opened in 1959. 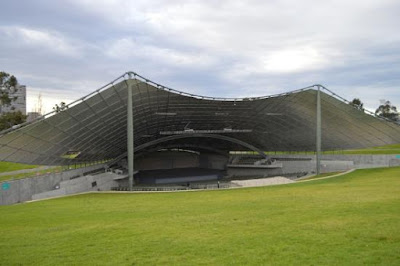 Of course, a venue of this type situated in a Botanical Gardens, poses a slight problem as to how to separate the paying audience from ‘freeloaders’ as they are described by a radio reporter for 3XY who was on the scene (link to video with the audio of this reporter can be found in the comments below this post – including an amazing version of I’ve Been Waiting For You recorded and broadcast by 3XY Radio). 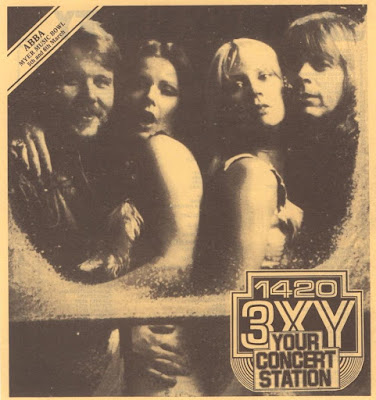 So anyway, how do you solve the freeloader problem ? Easy – green plastic attached to wire fencing, enclosing the event area.

This idea actually worked really well – apart from the fact that it did nothing to stop the freeloaders from being able to see and hear ABBA quite clearly – especially as the ground area extends upwards from the stage.

This concert was a sellout of course with 14,500 tickets sold for this show – this was the capacity inside the fence. However, there were a further 16,000 people who enjoyed the concert immensely from outside the fence, as footage in a second video below clearly shows – what an awesome sight !
I love that ! In the true spirit of the man who inspired this venue – perfect. 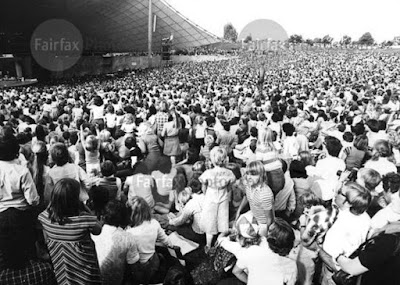 I must mention here that two sections of the fence were knocked down by the initial crush of fans as the entry gates opened – but that’s not bad when you consider the numbers and the setting – not quite as chaotic as Sydney, but still showing the same Aussie spirit. 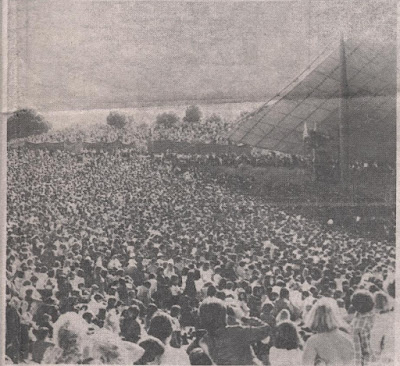 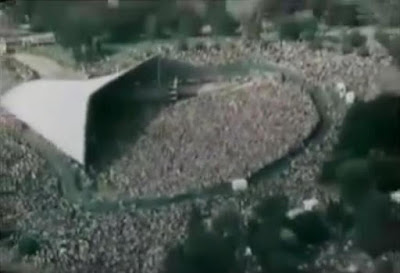 ABBA had already had a busy day before stepping on to the stage in Melbourne. They arrived in Melbourne very early in the morning, and had attended an afternoon Civic reception at Melbourne Town Hall which included the famous balcony scene where they were greeted by around 6000 fans below. I swear Frida gets teary eyed up on that balcony – she looks quite affected by the crowd. Wonderful, emotional Frida has always been moved by the fans. 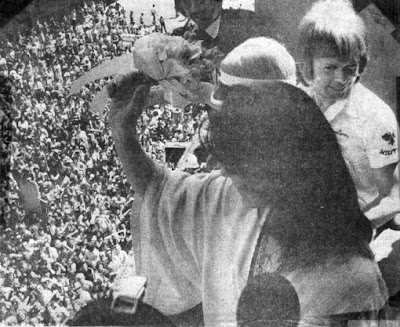 But now it was time to perform for the 30,000 fans waiting – including Australia’s Prime Minister at that time, Malcolm Fraser, and his family. Malcom Fraser attending the concert was due to the fact that ABBA’s schedule had not allowed for them to go to Canberra to meet the Prime Minister – so he had to come to them. The political prestige of being photographed with such a popular act was just too good an opportunity to miss ! This does make me giggle – the Prime Minister following after ABBA so he could be photographed with them. 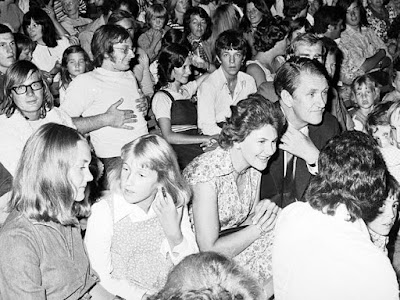 Unfortunately for Malcom Fraser, attending this concert did not help his image with the Australian public – in fact, when his entrance to the Music Bowl was announced that night, he was booed by the audience.
I wonder what ABBA thought when they heard that from backstage ?

This was Benny’s worst fear as he said at the Press Conference in Sydney, “I’d hate to hear the sound of 30,000 people booing”. Well, thanks to Malcolm, he did get to hear that !

The setlist for this show was shortened by 3 songs that night due to Bjorn having a slightly croaky voice and a sore throat. He says during the concert that this is a result of the rain in Sydney. There are articles that state he was a bit ill due to food poisoning – but I doubt that is accurate – besides, that’s not Bjorn’s story.

The 3 songs the audience missed out on were Sitting In The Palm Tree, Rock Me and So Long.
It’s such a shame that So Long was left out more than once – it’s an awesome song for a Live performance.

Apart from Bjorn’s throat, the show went on without issue for a totally rapturous audience, paying and non paying. 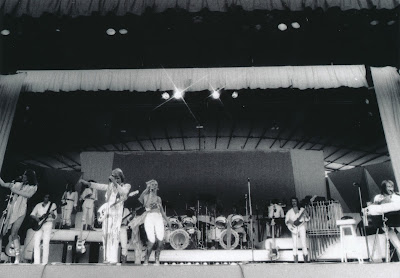 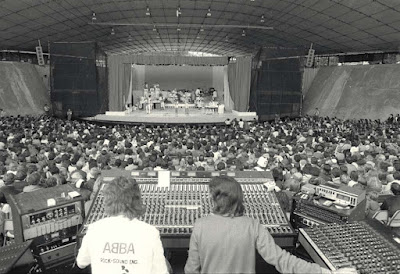 Backstage after the show, ABBA were presented to Malcolm Fraser and his family.
Pleasantries were exchanged – and Malcom got his photos.
The good part in this is that his wife and children look extremely happy to be there. 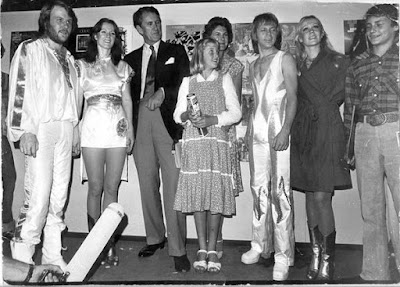 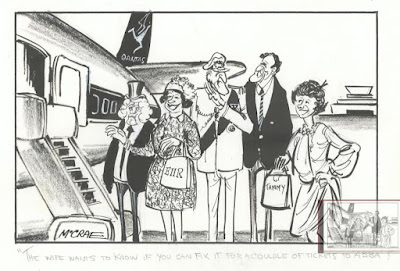 Finally, after what had to be an absolutely exhausting day, ABBA went back to The Chateau Commodore to get some much needed rest before performing 2 concerts the following day.
Tires me out just thinking about it !

Be sure to join me tomorrow for the continuing story of ABBA Live In Australia ! 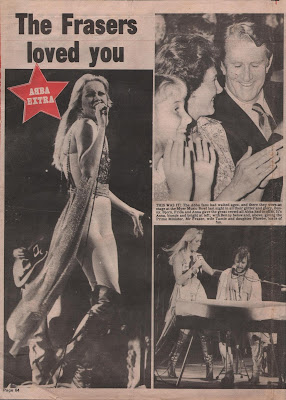 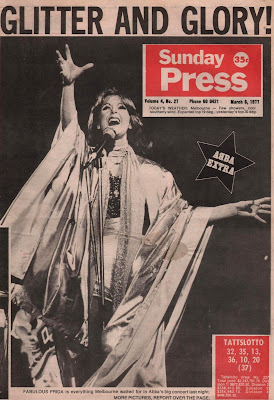 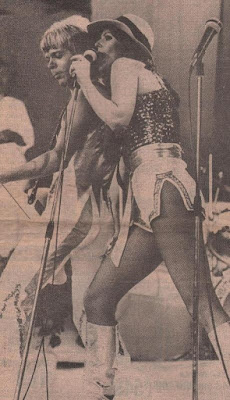 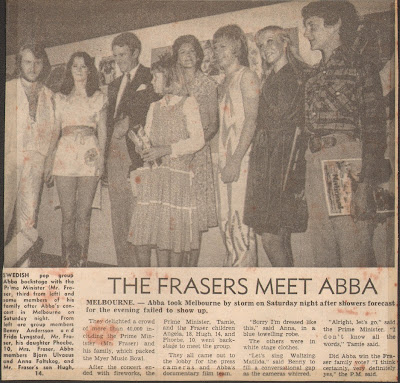 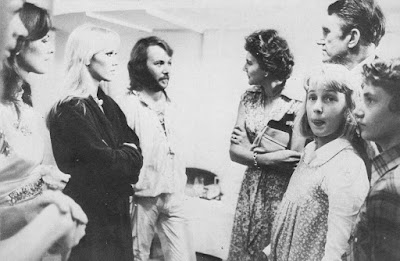 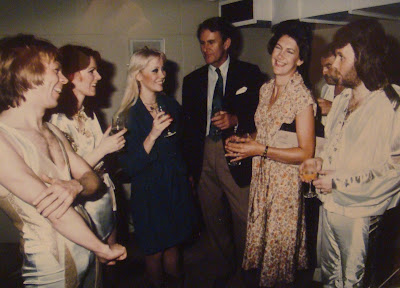