ABBA arrived in Sydney on Thursday 4 March for 10 day Promotional Tour which would include recording the Bandstand TV Special 'The Best Of ABBA'.


ABBA faced the Australian media for the first time on Friday 5th March at a press conference at the Sydney Hilton Hotel, which included a ceremony to present to group with gold records awarded in Australia to date. 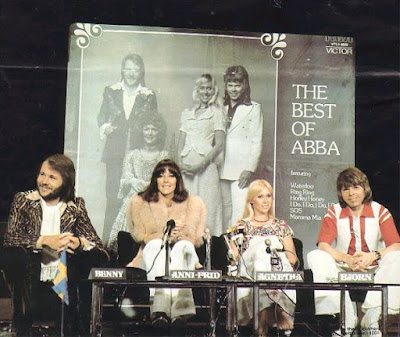 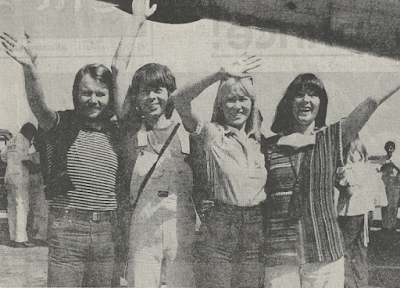 
Interview and ‘Fernando’ clip shown on A Current Affair 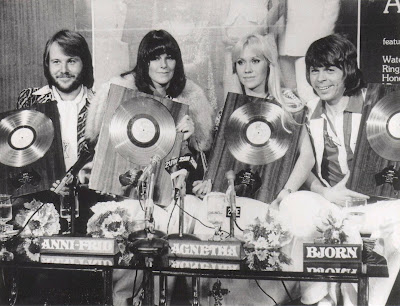 
Cruise on Hawkesbury River, barbecue lunch and boomerang throwing; visit to Koala Sanctuary at Bobbin Head.
Scenes filmed for the overseas version of the television special. 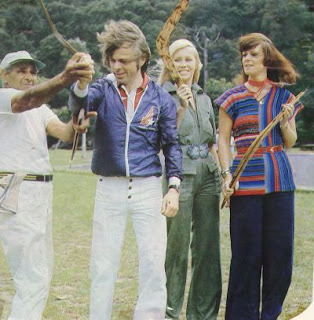 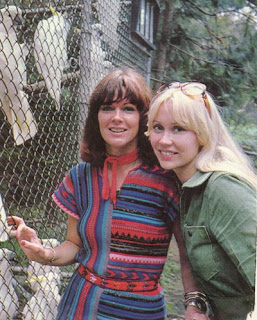 
Cruise on Sydney Harbour; visit to Taronga Park Zoo.
Scenes filmed for the overseas version of the television special 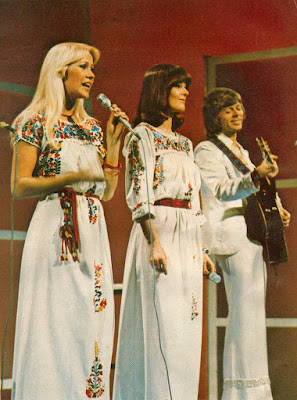 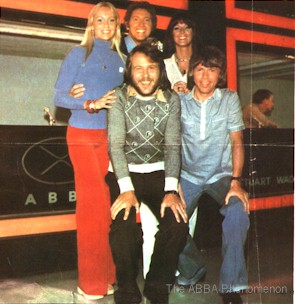 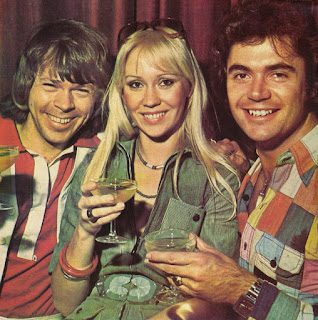 * filming on these days included work on the special, a performance of ‘Mamma Mia’ for Bandstand, an appearance on Celebrity Squares, and filming of a special performance of ‘Dancing Queen’ for later broadcast 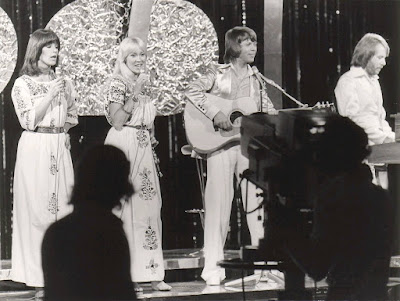 
‘Mamma Mia’ performance shown on Bandstand in some capital cities


Special The Best Of ABBA first broadcast in capital cities; ‘Mamma Mia’ performance shown on Bandstand in some regional centres


Special The Best Of ABBA first broadcast in regional centres 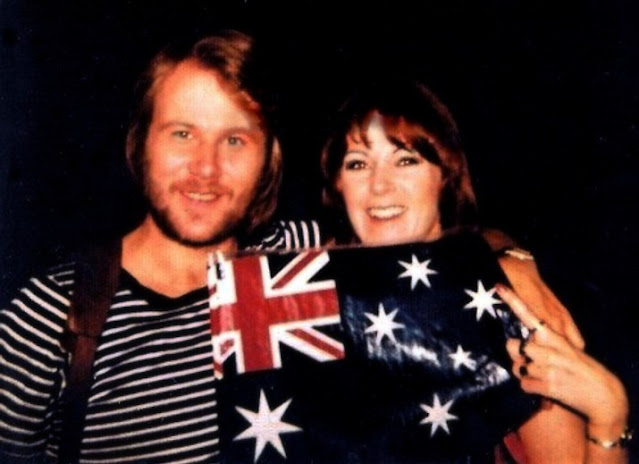 This fabulous photo was taken by Carolyn Styles