Today, the last day of the tour in Australia, ABBA would perform 2 shows at the Entertainment Centre.
Both shows were of course, sold out.

Talk about saturation media. Well, actually, I can’t – as there does not seem to be any media coverage of this day at all.
I have scoured scrapbooks, online newspaper archives, online library archives – blogs and websites – and I have come up with absolutely nothing !

I am stunned to stay the least.

We know ABBA were absolutely hounded by the Press in Australia – and there were masses of media at the airport when they arrived in Perth.
But it would appear that after the bomb scare on 9th March, all journalists stayed away.

It makes no sense that there is nothing to be found by way of reviews, articles or images by the media. Perhaps there are newspapers that have yet to be digitised – and hopefully at some stage they will emerge.

Interestingly, in all my years of collecting, I have never even seen an image of a concert ticket from the 12th March. And there are certainly no recordings that I know of.

Thankfully at least one fan took a few photos – and these can be seen in the comments below.
I have no information as to who actually took these photos unfortunately.

I have also added a few extra photos that I know were taken in Perth, but as I have no details on which concerts they are from, I decided to save them for today.

During the Perth leg of the tour, a local radio station in Perth put on an ABBA day for kids under 12.  They set up a dance floor with lights and played ABBA for the kids to dance. There was a competition and the prizes were ABBA t-shirts and posters. The children were also given an ice cream, a packet of chips and a drink. Sounds like great fun !
As far as I can ascertain, the radio station was 6PM. Nice one guys ! J

Now, I have come across a very interesting little tale in my searching – and I am in the process of trying to have this story substantiated.
I believe it is worth sharing in the meantime.
If it is true, it is something that no one has covered before.
If it is untrue, I find it very amusing that a particular person told the story, and that a prominent organisation has the story on their website.

A man named Kevin Owens was the Rear Commodore at the Mounts Bay Sailing Club in Perth at the time ABBA were there.
Mounts Bay is a subsidiary of, and right next to, the Royal Perth Yacht Club.
He has been involved in sailing for many decades and in 2013, he was awarded a Yachting Foundation Gold Medal for Outstanding Contribution To Yachting.

‘Yachting Western Australia’ has a detailed article on their site about Mr Owen’s award and his history in the industry.

At the end of the article there is an extra little story which obviously comes directly from Mr Owens, as told by another person, and it goes like this:

“The popular group ABBA visited Perth and one fine day whilst Kevin Owens was taking his students from Hamilton High School for a sailing class at Point Walter, a large power boat stopped by. It was none other than the ABBA group who were on a river tour in a launch from Royal Perth Yacht Club. ABBA stopped to chat to the group of school kids and then one of the ABBA girls gave her shoes to a school girl in the group who was ecstatic. The school kids were absolutely thrilled as was Kevin but that is not the end of the story.

En route back to Royal Perth Yacht Club ABBA spotted the expansive green lawn at Mounts Bay Sailing Club and arranged to hire the place for a tour end party.

For security, the club grounds were cordoned off at a cost to ABBA and that night Rear Commodores Kevin Owens and Laurie Chivers hosted ABBA and had the party of their lives! Singing, dancing and partying with ABBA - what a memory…”.

Personally, I fail to see how such an event could have taken place without everyone knowing about it.
Even if it was kept very quiet at the time, someone would have talked at some point afterwards.
I also cannot imagine that no photos would have been taken, and they certainly would have surfaced along the way.
Plus, what venue in their right mind would not use such an amazing event to promote themselves later ?

And yet, there is no information to be found anywhere about this fabulous party – or about the school kids chatting with ABBA.
As for the girl who was supposedly given shoes by one of the ABBA ladies, I am pretty sure she would have been telling everyone – and media surely would have picked up on this whole thing. We know media were taking photos of ABBA during their cruise that day.

However, I cannot bring myself to totally dismiss this story.

Mr Owens was 83 at the time he received the medal – and I just can’t see that he would be the type to make up such a nonsense story – especially as others could dispute it.

It makes no sense at all though that this could have stayed under the radar all these years.

I am very keen to know the facts.

Is it really possible ?

If I get any further information about this, I will share it immediately.

If it is true, my guess is that it was Frida who gave away her shoes ! lol 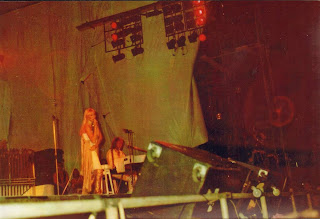 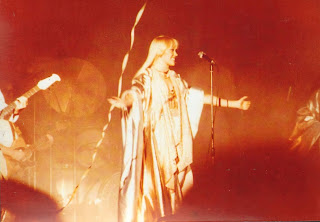 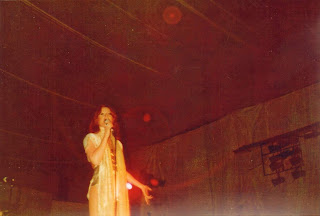 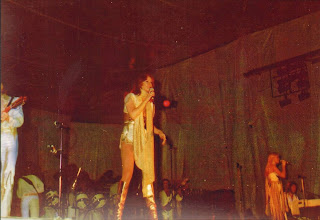 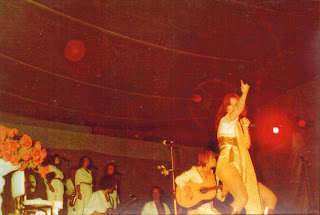 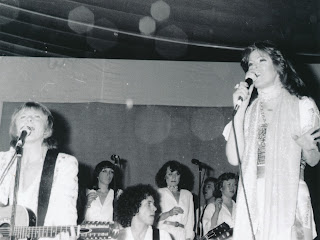 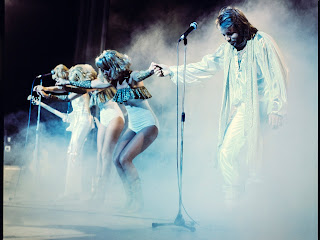 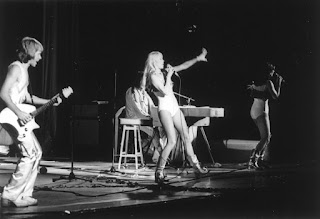 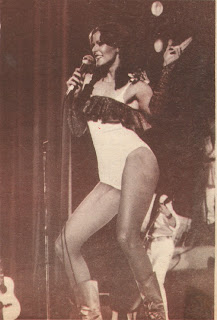 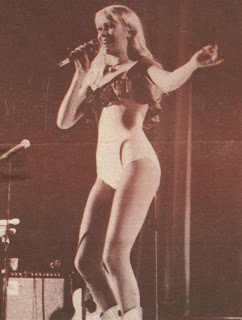 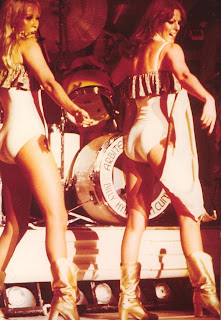 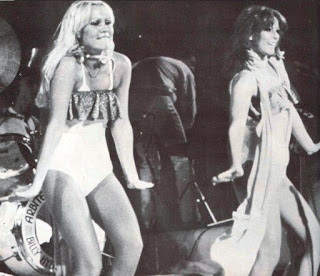 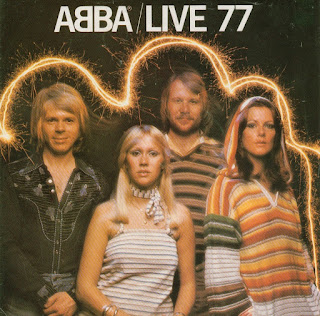