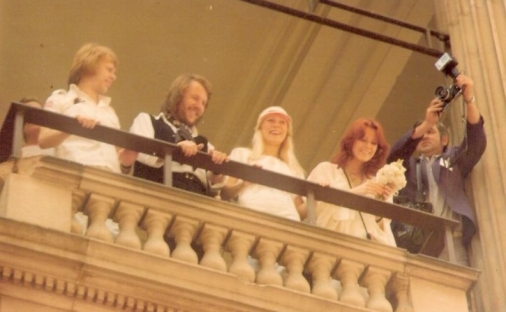 On Saturday, March 5, Abba boarded their chartered Boeing 707 and flew to Melbourne to continue the tour. The airport reception was somewhat quieter than in Sydney – only about 100 fans greeted Abba this time, but it turned out to be the calm before the storm, for once they had reached the city a truly amazing welcome awaited them. 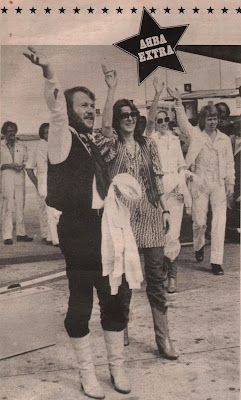 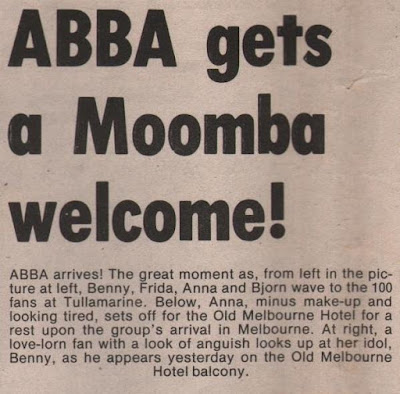 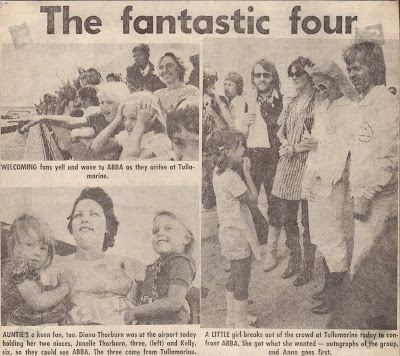 At 12.30pm Abba were scheduled to attend a Lord Mayor’s reception in the Melbourne Town Hall. The event had been announced in the media well in advance, which explained the absence of fans at the airport – they knew where the real fun was going to happen. 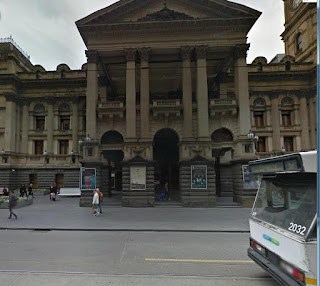 When Abba arrived at the town hall in their Rolls Royces, an estimated 6,000 people stood cheering and screaming at them, many having waited for the group for several hours. “First, when you drive out from the airport and you see the street actually lined up all the way from the airport to the city, you don’t even believe your eyes,” recalled Frida. “And then you understand, ‘This is actually a reception for us, nobody else. It’s not the president coming’.” 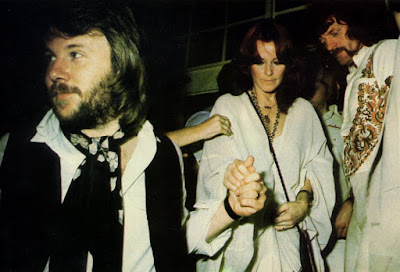 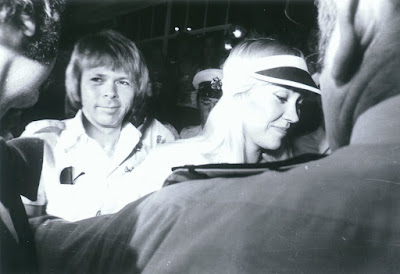 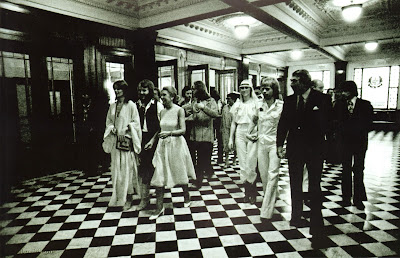 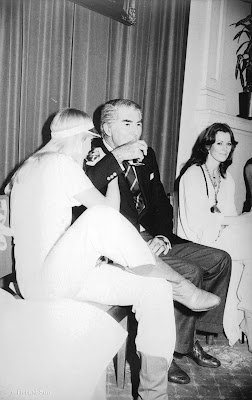 The Abba entourage stepped out of their cars, entered the building and climbed the stairs to the balcony to greet the crowd. Excited radio reporters were covering the event live on the air, blow by blow: “Here they come now. I can see them! They’re inside. They’re just about to come on their way out. They’re coming out onto the balcony now … It should be in two to three seconds … And here they are!”
When Abba finally stepped out on the balcony, the crowd erupted. All the group had to do was to stand there and wave. During the five minutes they appeared on the balcony, the screaming never died down. The scenes outside Melbourne Town Hall constituted irrefutable proof that Abba’s popularity had exploded far beyond ordinary fame. In Australia, if not quite elsewhere in the world, it was clearly on a par with The Beatles during 1964, when they too had appeared, Popelike, on that same Melbourne Town Hall balcony to greet streets full of frenzied fans. 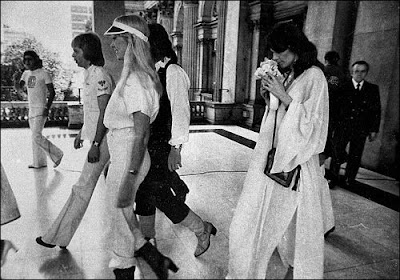 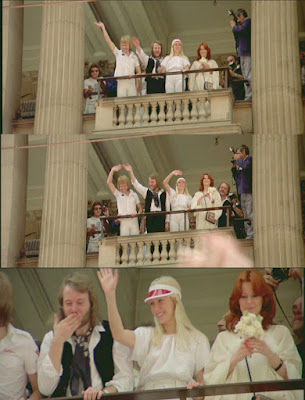 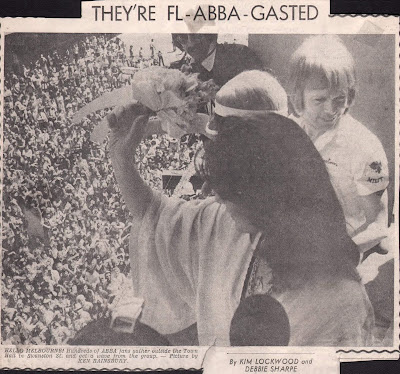 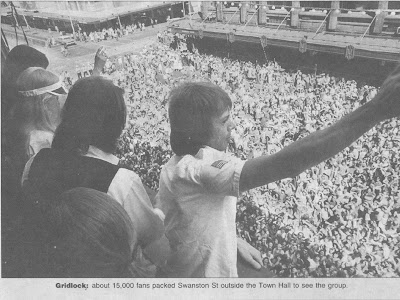 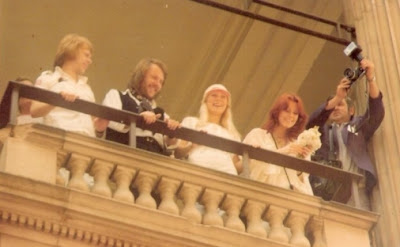 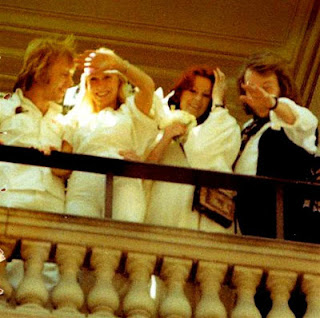 Afterwards, although the group was meant to stay and mingle with guests at the reception, they were too exhausted and were escorted back to their Rolls Royces. But when they got to the cars there were no drivers – the group wasn’t expected back for another 20 minutes. Hemmed in by watching crowds gripped by fever-pitch excitement that could bubble over into a riot at any moment, Abba had to wait in the cars for five very long minutes before the drivers returned. In the meantime, they were more or less forced to chat to the media and sign a few autographs.

They eventually were able to get back to their hotel and prepare for that night's concert at Sidney Myer Music Bowl. 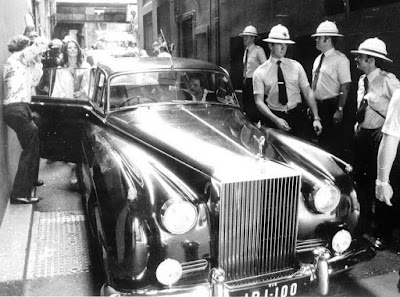 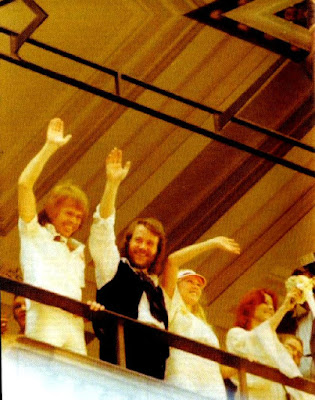 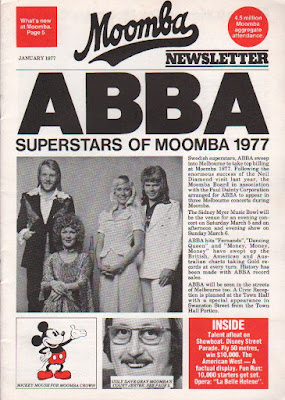