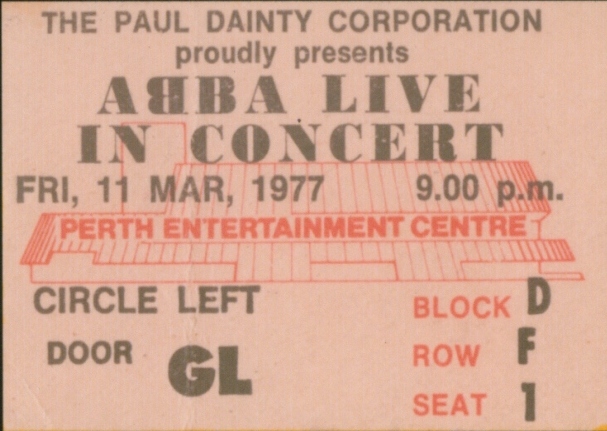 Today ABBA would perform only one show at 9pm which left them free for the day to just relax, hang out with other hotel guests, have a swim – and I think they needed this time to get over the events of the night before – maybe even have a sleep in.

At the same time ABBA were touring Australia, a few other international artists were also here.
As luck would have it, many were staying at the same hotel as ABBA.

These artists included The Dubliners, Gerry and the Pacemakers, The Searchers, Stephane Grappeli, the Diz Disley Trio – and Alice Cooper. Alice would be performing at the Entertainment Centre on 14th and 15th.

There were, as usual, fans hanging around outside the hotel hoping to catch a glimpse of ABBA out on the balcony of their room.
They began chanting “ABBA ABBA ABBA”.

Alice recalls being in his room at the hotel and hearing this chanting.  However, with the sound slightly muffled, what he thought he heard was “Alice Alice Alice” !
He headed out on to his balcony quite pleased that there were fans calling out for him. The crowd was cheering and he began waving to them.
He finally realised that they were not saying ‘Alice’ – even though they were all looking up towards his balcony.
He leaned out a bit and looked down – and saw that ABBA were on the balcony below him. A little embarrassing I would think.

I felt a little sorry for him about this – but what can you do ? lol

At least they made it up to him by allowing him to join them for photos ! :D

It is difficult to find out who instigated the meeting of the artists at the hotel at the time, but there are group photos of not just ABBA and Alice Cooper, but some of the other artists as well.

I find the photos with Alice quite amusing – he was in a whole other category to ABBA wasn’t he ?
I really liked Alice Cooper by the way - although I am not sure how much I knew of him in 1977. 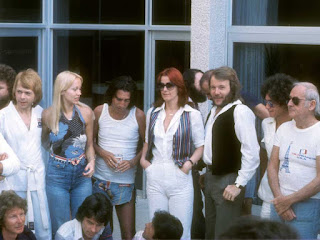 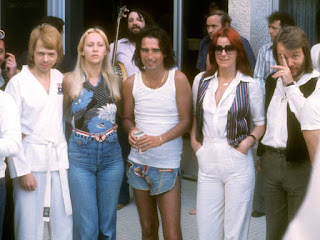 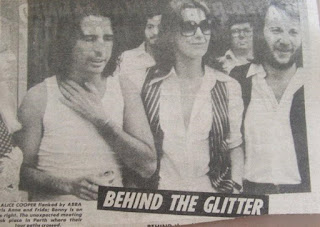 After this gathering of the famous for the media, ABBA then took to the grounds for a workout.

The images from this are very well known and were printed in a PIX/People magazine in Australia.
I have added these images below along with a few privately taken photos of this session.
I have also included the exercise routine from the magazine – so come on people, Get Fit With ABBA !

After the workout ABBA enjoyed a nice relaxing time by the pool – during which more photos were taken – and these are also below for your viewing pleasure.

During their relaxed time by the pool ABBA were visited and serenaded by an Aboriginal group from the New Era Fellowship.
The small group apparently played Bang A Boomerang for ABBA on didgeridoos by the pool ! 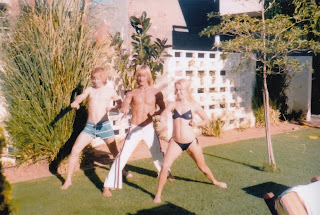 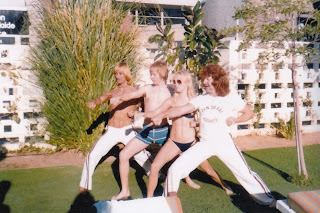 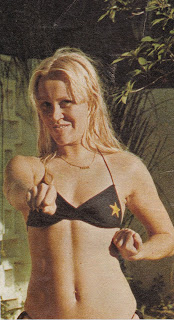 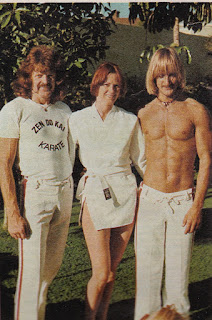 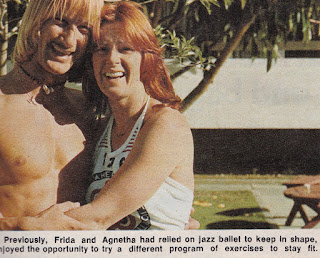 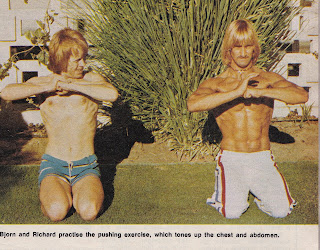 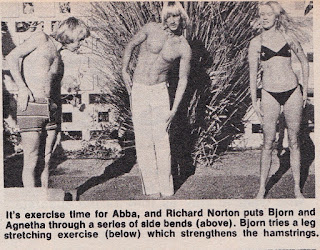 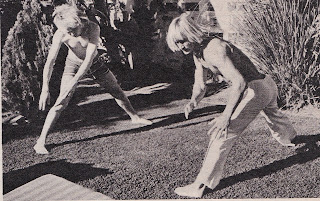 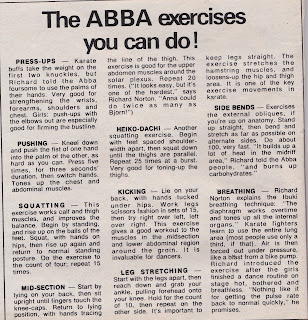 All in all, a very interesting day at the Parmelia. 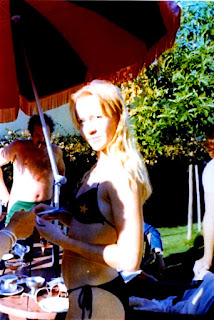 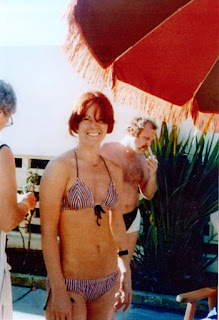 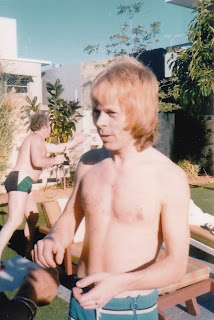 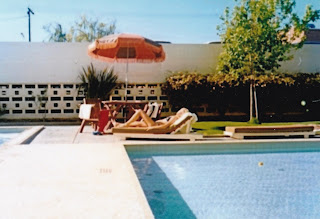 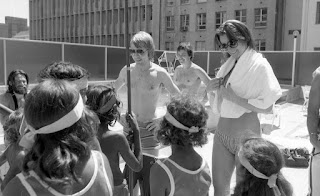 The 9pm show was sold out as with every other concert.
There were no bomb threats this time !

I am quite disappointed at my lack of detail for these concerts – no clippings or articles really.

Are there any readers here who were at the Perth shows ? Anyone with clippings from newspapers at the time ? It really would be great to see something or hear of your experience. 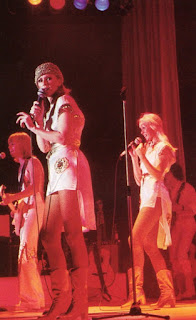 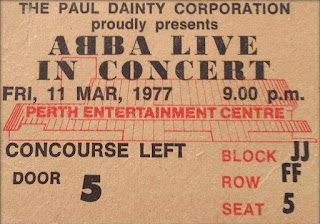