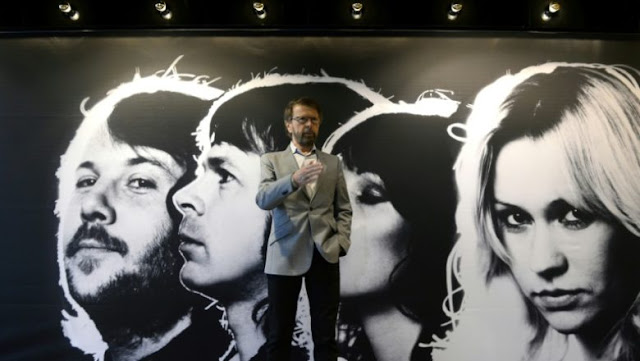 It’s the closest thing yet to an ABBA reunion: computerised avatars of Sweden’s legendary disco group will perform during a televised tribute to the quartet to be broadcast this autumn, ABBA member Bjorn Ulvaeus said Thursday.

Agnetha Faltskog, Anni-Frid Lyngstad, Bjorn Ulvaeus and Benny Andersson split up in 1982 after dominating the disco scene for more than a decade with hits like “Waterloo”, “Dancing Queen”, “Mamma Mia” and “Super Trouper”.

The group, which has sold more than 400 million albums, has not sung together on stage since 1986.
The avatars will perform an as yet unnamed ABBA song during the tribute show, produced by British broadcaster BBC and US network NBC. Other top musical artists are also expected to perform.

“It’s a kind of ABBA tribute show, but the centrepiece … will be something I call ‘Abbatars’. It is digital versions of ABBA, from 1979,” Ulvaeus told AFP.

“It’s the first time it’s ever been done.”

In order to create the avatars, “techno artists” from Silicon Valley measured the heads of the four ABBA members and photographed them from all angles.

“With videos and lipsynching, they’ll create digital copies of us from 1979,” he said, referring to the year the album “Voulez-vous” was released.

Ulvaeus was in Brussels on Thursday to try to persuade European Broadcasting Union (EBU) member networks to sign on to the show.

The EBU is the broadcaster of the Eurovision Song Contest, the competition that launched ABBA on the international scene when it won in 1974 with the hit “Waterloo”.

“I hope that some of them (European broadcasters) will join us and make this … a global programme at the end of this autumn,” Ulvaeus said.

The show is expected to go on tour the following year.

Bjorn was a keynote speaker at the EBU Media Summit in Brussels - and he talked about the ABBAtars and the upcoming ABBA Tribute Show.

This is a section of his speech below.

You can watch the video of his entire speech here:  Bjorn Speech Video

"I have stood on many a taped white cross on studio floors in TV studios all around Europe, miming to the latest ABBA single. Those were the days. You only had to appear once in the biggest local show and the next day everybody would have heard your song. My colleagues today have to work much harder.

Well, it seems I will visit your TV channels again. In digital form this time. We have a new project together. Well, at least some of you are already involved. I’m talking about a big ABBA tribute show this autumn with artists from all parts of the world.

Frida, Agnetha, Benny and I had visitors from Silicon Valley last June. Techno artists, they call themselves. They photographed us from all possible angles, they made us grimace in front of cameras, they painted dots on our faces, they measured our heads. Apparently, a cranium doesn’t change with age the way the rest of your body falls apart. The measurements together with old videos and photos makes it possible for these IT wizards to create perfect copies of ABBA 1979. We thought we looked good that year.

It’s still work in progress, but they’ve come a long way and what I’ve seen so far is simply mind-boggling. These ABBAtars will sing one of Benny’s and my songs. You’ll hear the voices of ABBA coming out of the mouths of the ABBAtars. Lip synch. And you won’t be able to see that they’re not human beings. It’ll be spooky, I assure you. But great fun and no one has done it before. There is an existential dimension to explore as well. What would it be like to be young again. The wisdom that we hopefully possess now in combination with the youth of the ABBAtars.

NBC in America in partnership with the BBC have both global reach and experience of managing projects on a huge scale and they’re distributing the show. The plan is to make it a global television moment and they are now reaching out to top national and regional broadcasters like yourselves, who can be part of making it a shared experience all around the world - with simulcast transmission wherever possible. I can’t help thinking – it would be a bit like the Eurovision Song Contest. It sounds incredible, but they say it’s absolutely doable.

And what will the ABBAtars sing? I’m afraid I’m not at liberty to say, but let me give you something to talk about, a clue. The title could have been the heading for this speech. You’ll understand when you hear it."