Deluxe Edition Of The ABBA Album Released In November 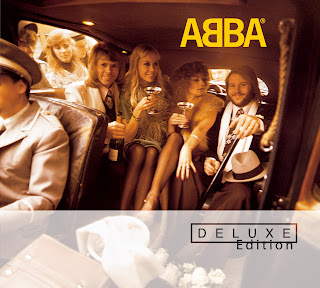 Hot on the heels of the well-received Deluxe Edition of The Visitors, November 2012 will see another release in the ABBA Deluxe Edition series. This time the 1975 album simply entitled ABBA, featuring classic hits such as ‘Mamma Mia’, ‘SOS’ and ‘I Do, I Do, I Do, I Do, I Do’, will receive the Deluxe treatment.
The first disc in this 2-disc package is a CD, which features the original album plus three bonus tracks, all of which have been remastered especially for this release. The second disc is a DVD, featuring 60 minutes of previously unreleased television performances, including the complete 1976 television special ABBA In Australia – the export version of the famous The Best Of ABBA special, which had higher viewer ratings than the moon landing in Australia. 6 of the 12 songs in the special are performances of tracks from the ABBA album. In addition, there are three songs from the 1975 television special Made In Sweden – For Export, along with two fab performances from the BBC archives: ‘SOS’ on Seaside Special, first broadcast in 1975, and ‘Mamma Mia’ on Top Of The Pops (1976). To round off the DVD there are two vintage television commercials, one for the Australian hits album The Best Of ABBA (along with the other albums released by ABBA in Australia up to that point) and the other for ABBA’s Greatest Hits album.
The package also includes a 24-page booklet featuring an extensive essay on the making of the album, for which ABBA’s Benny Andersson and Björn Ulvaeus have contributed fresh insights and stories.
Don’t miss out on this Deluxe Edition of ABBA – featuring the hits that made Agnetha, Björn, Benny and Frida household names all over the world!