Thank you The Beatles Story for the ALS Ice Bucket Challenge nomination! We are accepting the challenge and donating. (Press HD for all the icy details) We chal...lenge the Rock and Roll Hall of Fame https://www.facebook.com/rockandrollhalloffame , Graceland and the David Bowie Exhibition in Berlin http://www.davidbowie-berlin.de/en/. You have 24 hours!

Good on you guys - great to see Ingmarie Halling being the great sport that she is :)

In August 2014, a challenge went viral online which was commonly known as the "ALS Ice Bucket Challenge". A contestant will fill a bucket full of ice and water; they will then state who summoned them to do the challenge and will summon three other individuals of their choice to take part in it. The contestant then dumps the bucket of ice and water onto themselves. The contestant should then donate US $10 (or a similar amount in their local currency) to ALS research at the ALS Association, or Motor Neurone Disease Association in the UK. Any contestant who refuses to have the ice and water dumped on them is expected to donate US $100 to ALS research.
Many celebrities have taken part in the challenge, including Cristiano Ronaldo, Chris Pratt, Roger Federer, David Beckham, Cheryl Cole, George W. Bush,  Lady Gaga, Mark Zuckerberg, Oprah Winfrey, Charlie Sheen and Bill Gates, among many other well-known personalities and members of the general public. 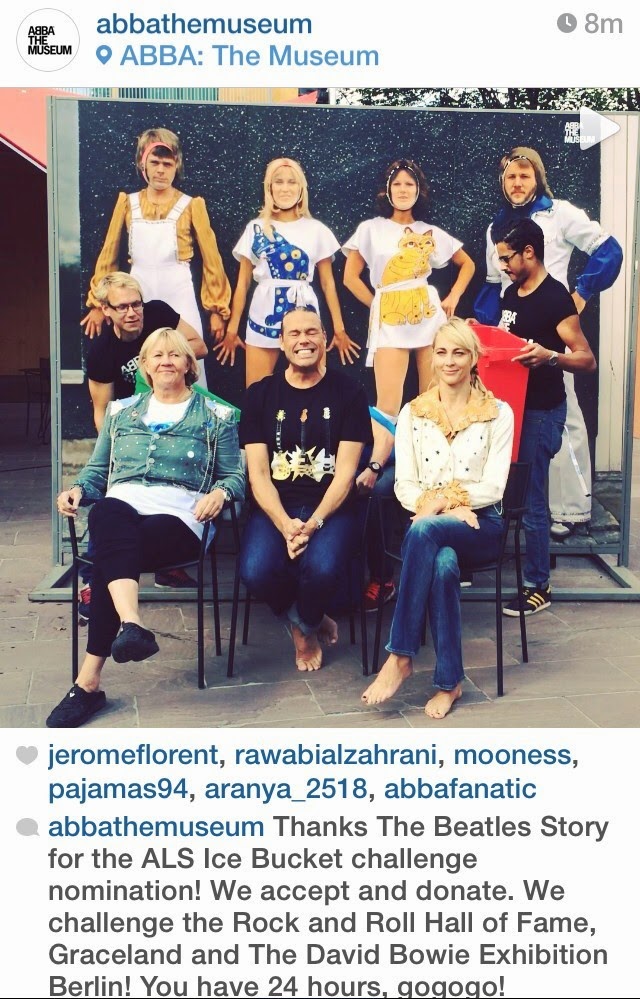