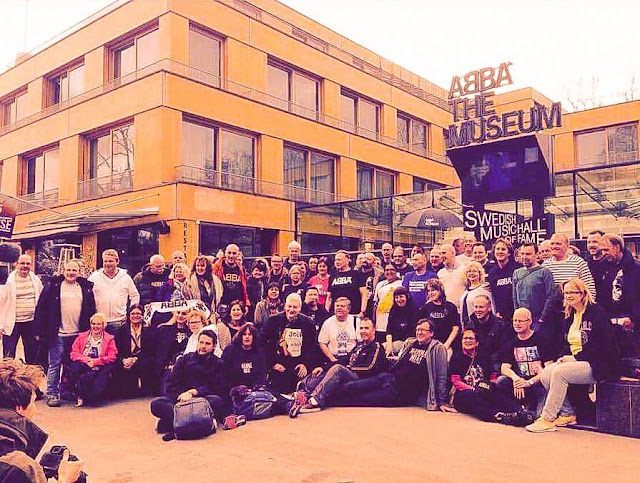 This year, the Official International Fan Club are holding their ABBA Fan Weekend in Stockholm Sweden in conjunction with ABBA The Museum. This event is usually held in the Netherlands each year - but this year being the 30th Anniversary of the Fan Club, they have made it extra special.

I am so disappointed to not be there, especially as I thought I would make it this year.

The celebration started on 22 April - and has a couple more days to go - and it is off to a fantastic start !

The festivities began on Friday night with a Welcome Party / Quiz Night.


The festivities continued Saturday morning with fans gathering outside the Museum to take a nice ABBA walk together before returning to the Museum at 10am for the opening.

They were then treated to a performance by the Museum Choir, including Australia's own Grace McCallum - it has been two years since the Choir performed together, so this was a rare treat. 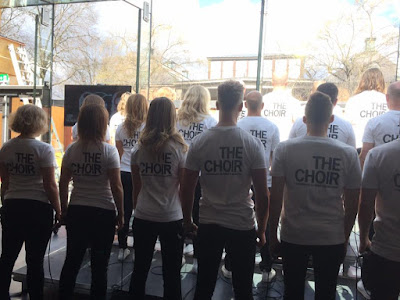 
At 12pm they were welcomed to the event by Helga - President of the Official International ABBA Fan Club - and Ingemarie Halling - Director of ABBA The Museum. 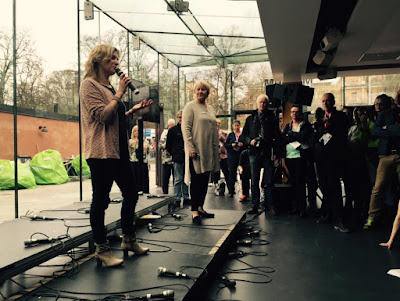 Then came the Premiere of the Museum's new attraction - the unique photos by Michael Svensson’s 24 hours with ABBA in Norrköping before the group’s European tour of 1979. Michael was there for Q & A and the newspaper he worked for then, and still does, will do a feature about the Friends & Fans day. 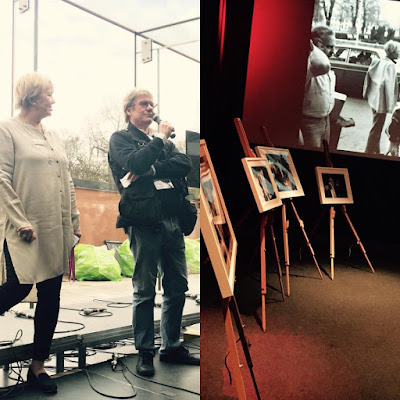 But then, the biggest surprise for the fans - Benny showed up !
He was all smiles as he thanked the fans for their loyalty.
Much to everyone's delight, he then sat at the beautiful white piano and played Thank You For The Music - which the fans all sang to him !!
And if that wasn't enough, he then talked more to fans, and even answered questions.
I can only imagine how exciting it must have been for everyone - and emotional. 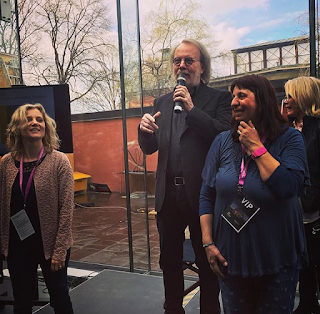 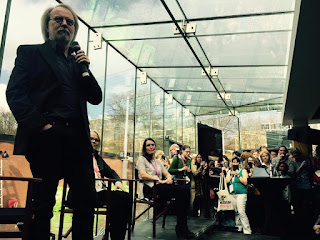 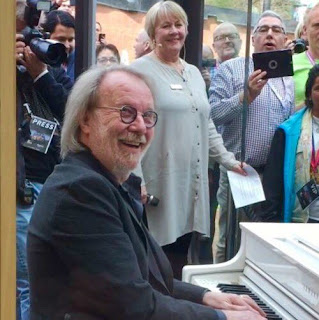 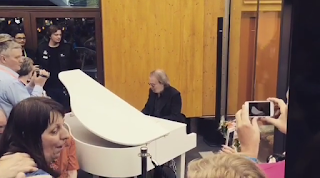 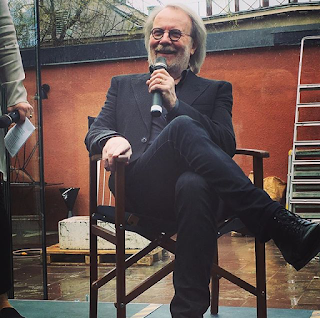 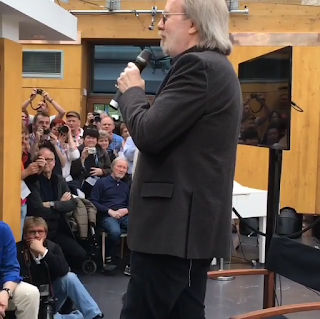 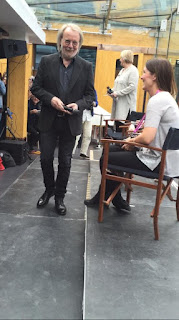 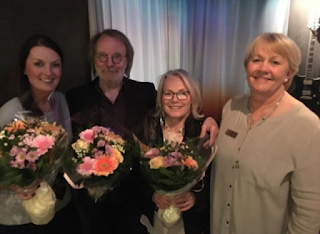 The program for the afternoon was as follows:

14:00 The Polar Studio exclusively opens its doors, with Lennart Östlund.

At 6pm fans gathered at Tre Byttor restaurant for dinner - before heading to Solliden next door to finish off the day with a fabulous ABBA Disco !

Food time ! Or was this Friday night with the ABBA quiz ? Detail to be confirmed. 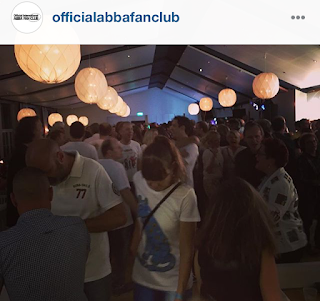 Wow, what an amazing day it must have been - and there's more to come tomorrow.

In the morning, fans will enjoy a boat tour around Djurgården, being told all about the ABBA sight.

And then they will enjoy the evening at Mamma Mia The Party! Restaurant.

I have no doubt the fans will find many other things to do in between the official activities as well.

I will add more photos - and hopefully videos - as they are shared by fans. 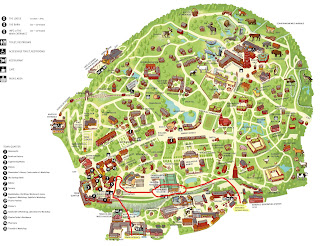 One last surprise for today - the new and improved ABBA Holograms at the Museum - looking great ! 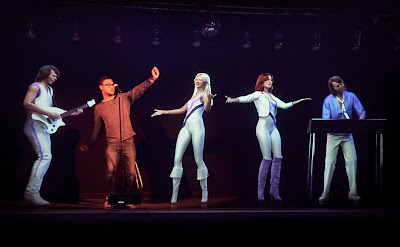 Check out the above pages for more images - and some nice little videos.

And the article translation:

They have come from Mexico, the United States, Brazil and across Europe. International ABBA Fan Club celebrates 30 years with a helhelg of ABBA center of the universe, Stockholm.It's been 33 years since ABBA disbanded and the four went their separate ways. Although, of course, Björn and Benny continued to cooperate. But international ABBA fan club, based in the Netherlands, has never sounded ABBA's resolution to stand in the way.

About 300 fans are expected to Stockholm to celebrate 30 years as a club with a helhelg. The program "ABBA hikes", museum visits, pub and disco. Already Friday after lunch, gathered a large group of very dedicated fans of ABBA museum.

- After my matriculation I moved from Finland to Stockholm to if nothing else breathes the same air as ABBA, says Caterina Rivanor"Musical geniuses"If you ask what is so special about ABBA fans say this:- They are musical geniuses. Timeless songs, great music, four beautiful people and amazing avant-garde videos at the time.- The songs, the lyrics, how the votes were combined. Agneta soprano, mezzo-soprano Frida. Crikey! It was like angels singing!

Research on ABBA fansIn the crowd there Shanika Ranasinghe as hell and also have started research on ABBA fans at home in Oxford, UK.- It fascinates me that the group is still so popular, 30-40 years after they were on the scene. And then there's all that came afterward, films, plays, but there are still a lot of very passionate fans who are very loyal to a group who did not play together. I think it's pretty unique, she says.- So what is the answer, why is it so?- I can not say that yet, unfortunately, because I started quite recently. But when I was studying for a doctorate, I will be able to respond better, laugh Ranasinghe.How is a typical ABBA fan?- When I started there were many who said, "Oh, it's gays and 40-year-old women," but I have realized that one can not generalize about ABBA fans. They are very different. Some are my age and younger, others have been fans since ABBA still played. 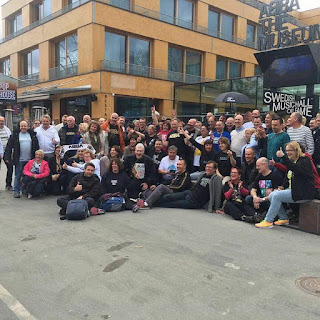 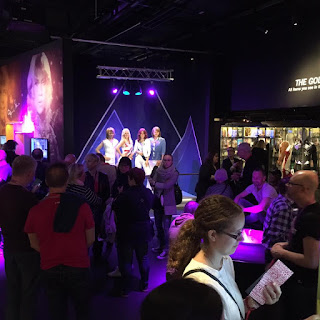 Photos by Gordon Brown and published online by the Official International Fan Club: 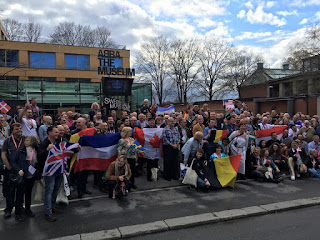 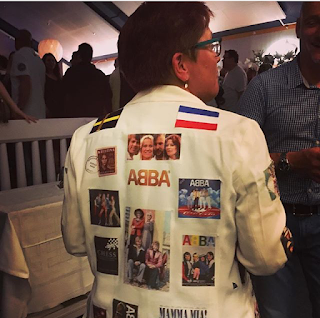 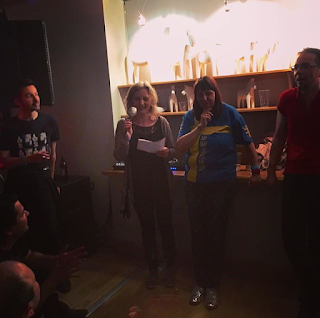 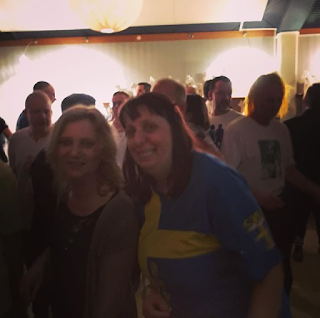 Nice video of Benny arriving and greeting the fans on this link.

ABBA is still popular, even though it is 34 years since they made their last public appearance.

Hundreds of fans had gathered in the ABBA museum on Djurgarden to celebrate 30 years as a club. Today was the awards ceremony for the best ABBA outfits, among other things. But what the fans did not know was that one of ABBA members were in place, namely Benny Andersson. And he was greeted by huge cheers when he went up on stage and welcomed the fans. 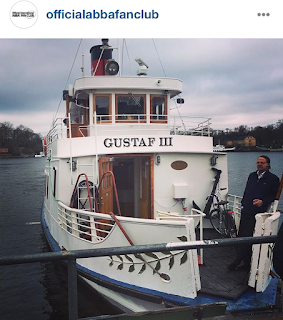 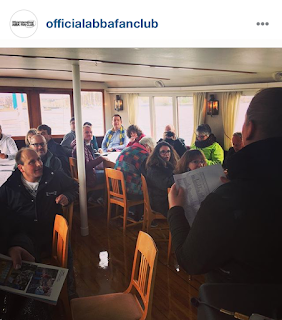