ABBA Are Planning To Tour Australia - As Avatars ! 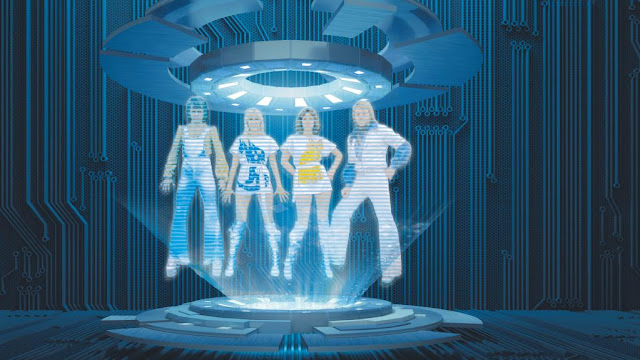 
ABBA are planning to tour Australia — as holograms, or ABBA-tars.
The ’70s pop superstars are being digitally recreated as avatars for a 2019 virtual reality world tour.

The hi-tech tour would be the first of its kind, with holograms usually reserved for dead musicians.
“It’s perfect,” ABBA’s Benny Andersson told the Sunday Herald Sun.
“We can be on stage while I’m home walking the dogs. I don’t have to leave my house. If this really works there’ll be a lot of artists wanting to do the same thing, even artists who are still young and still touring. It’s a very interesting project.” 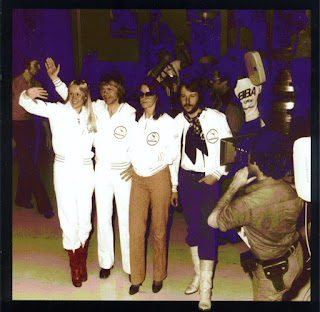 All four members of ABBA are involved, being digitally “cast” for the virtual reality tour, which was an idea pitched to them by Spice Girls manager and Idol creator Simon Fuller.

The band have spent a year having measurements taken to make the avatars as lifelike as possible. However, the holograms will be based on how Benny, Bjorn, Agnetha and Frida looked in 1979.
“We got hooked on it because it’s at the forefront of technology and what it’s possible to do nowadays,” Andersson said.

“To create the four of us digitally, it takes so much skill and so much time to do every hairline, every blink, every iris. If it’s good enough when we finish it’s probably ready to launch in the spring of 2019.” 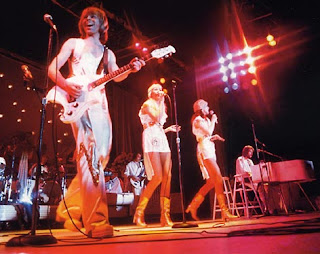 Andersson, 70, said the ABBA-tars will be projected in front of an actual live band.
“It’ll be like you’re in 1977, with a live band, live backing vocals, a great set design with lights and sound, everything will be like a live concert,” he said. “But we’ll be there in the form of holograms and digital avatars. Our voices will be taken from the records, or maybe some of the live vocals from the Australian tour of 1977. If you’re sitting in the arena you’ll see us up there. It’s quite exciting.”

Hologram tours by the likes of Tupac Shakur, Michael Jackson, Elvis Presley and Michael Hutchence have long been rumoured as technology improves, but ABBA would be the first time major artists who are still alive are able to “tour” without leaving home. 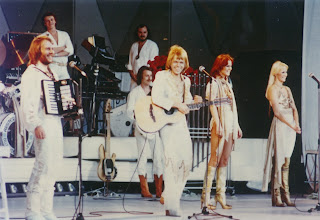 
Abba-tars: Super Troupers return, and somewhere in the crowd there’s you

Björn, Agnetha, Benny and Anni-Frid are back – as you haven’t seen them since 1977


Since splitting up in 1982, Abba – one of the most successful and loved music groups of all time – has had almost daily offers to reform. Some 15 years ago the four members of the band sat in a room together and seriously discussed reforming for a series of live shows after they received a $1 billion offer.
“We were going to do the shows and build a hospital with the money,” Björn Ulvaeus told this reporter.
But that offer – like thousands of others – ultimately came to nothing. Hence the surprise this week when Abba officially confirmed they were getting back together to tour in 2019. But only in virtual reality. 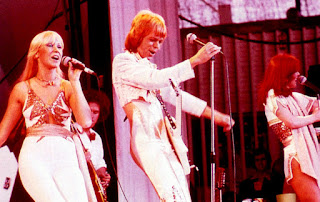 All four members of the best-selling band: Björn, Agnetha, Benny and Anni-Frid are being digitised using techniques that capture them as they were in their spandex prime.
Using audio from previous live Abba concerts, a digital Abba will be shining like the sun, smiling, having fun on stages once again. The band are all now in their late 60s or early 70s and have little appetite to schlep around the live circuit in person. But this virtual reality tour is no cheap gimmick. The giant Universal record label and Simon Fuller (the impresario behind the Spice Girls and The X Factor) are looking to reimagine the live entertainment economy with this virtual Abba tour.
As Fuller said this week: “The creativity and ideas flowing from the members of Abba over the past few months have filled me with great excitement. We are exploring a new technological world, with virtual reality and artificial intelligence at the forefront, that will allow us to create new forms of entertainment and content we couldn’t have previously imagined.”

It’s now all too common, when a major-league live act announces a visit, the expensively priced tickets sell out in minutes, leaving many fans disappointed. The live tour economy is buoyant, and demand far outstrips supply.

Given that a major act can only get to certain places at certain times, the entertainment industry has been investing heavily for some time in the concept of the virtual reality substitute tour.
If the original Abba fans find the idea of going to see digital avatars of a group preposterous, the next generation of gig-going age has grown up with hyper-realistic video games and see the world differently.
The music industry has already tried out the idea. In 2012 the rapper Tupac Shakur (who died in 1996) appeared as a hologram at that year’s Coachella music festival. In 2014 a moonwalking Michael Jackson hologram appeared at the Billboard music awards, five years after his death.
The Universal Music Group, Simon Fuller and Abba are not going to get involved in a poorly thought out and cheaply executed technological publicity stunt.

A lot of attention will be focused on a world tour by the heavy metal singer Ronnie James Dio which kicks off this November. Dio died in 2010 but the Dio Returns tour features a hologram of the singer being backed by the musicians who used to play with him. Dio’s live vocals each night will be taken from previous performances in his career.
Dio Returns will play in venues across Europe, South America, Australia, Asia and the US. Live music promoters are not known for being generous with their money, so the fact that so many venues have already booked the Dio Returns show suggests there is a market for hologram/virtual reality tours.

Abba, however, are a different proposition. They have a far bigger commercial reach, and could be a more effective test case for this new “live music” concept.
Such is the still massive appetite for Abba’s pop music that the stage musical Mamma Mia (based on their songs) has grossed more than $2 billion worldwide since opening in 1999. The 2005 film adaptation of Mamma Mia became the highest-grossing musical film of all time. The band’s greatest hits collection, Gold – originally released in 1992 – is still selling healthily.
Abba guard their legacy jealously (they wouldn’t let their name be used in the Mamma Mia musical), and they hardly need the money that a virtual tour might make them. A motivating force, however, may be to pioneer a new live entertainment format in which they’re (albeit digitally) front and centre.
The details of the technology being used to bring Abba to digital life are a closely guarded secret. It’s unclear, too, what type of venues virtual Abba will play in or how the overall product will be controlled and distributed.
What is known is that, following Abba’s announcement, industry talk has already begun about virtual reality “de-ageing” tours, including the possibility of Fleetwood Mac performing their Rumours album looking and sounding as they did when it was released in 1977.
Abba aren’t the only ones who don’t stop thinking about tomorrow.