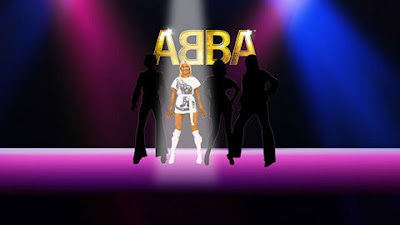 http://au.news.yahoo.com/today-tonight/video/watch/9b2786a2-8fd2-37f3-8dbb-73dad3d921fb/abba-comeback/
April 18, 2013, 6:18 pm Lynda Kinkade Today Tonight
A member of the biggest pop group since the Beatles is making a comeback after turning her back on fame and fortune for a life of solitude.
Bjorn, Benny, Agnetha and Frida are four of the most successful singers of our time and in Australia they were bigger than the Beatles.
ABBA mania hit Melbourne's Myer Music Bowl; their success here helping launch their worldwide fame and fortune.
According to music commentator Glen A. Baker ABBA were 'the Beatles of the 70's'.
"There is no question about it and Australia played a huge role in it because Australia is where ABBA really broke and it was like this tsunami. They had five consecutive number one’s in Australia before the Americans largely had even like heard of them," said Baker.
The Swedish super-troupers stormed to the top of the charts time and time again.
Agnetha Faltskog was the quiet one; she was the pretty blonde with the crystal clear voice stood out in more ways than one.
"She was immensely talented. In fact, of the four who were all stars in their own right, she was the biggest star of all," Baker said.
When ABBA broke up in 1982, not even money could bring her and the band back together - $1 billion of it was offered and rejected by Faltskog.
The most elusive member who sang about Friday nights and the lights being low became a recluse; shunning the limelight.
"She was luminous blonde, beautiful and charismatic, but obviously a troubled soul. She felt uncomfortable about the adulation and fame," Baker said.
"I sort of went from a luxury suite to a dishpan and it was so nice," Faltskog said in an interview with Swedish Television.
Her white platform boots were packed away, along with her gold records.
"I've never been that kind of person to put up gold records and things on my wall. I'm a bit modest, I don't like putting these things on display," she said.
Faltskog described how she'd tried to live an ordinary life because the hysteria was too much.
"I get very anxious," she said.
Now the blonde is back. Despite saying she'd never sing again, the 62-year-old could not resist.
She was approached by a Grammy Award winning song-writer responsible for hits by Britney Spears, Céline Dion and Kelly Clarkson.
Faltskog now has a new single.
The album is entitled A while the other songs are yet to be released.
"I think it's so cool. One of the songs I've written myself and I thought it was going to be a lullaby for children but it didn't turn out like that," Faltskog said.
Music historian Bill Pennell believes the fans will be waiting to hear Faltskog's new single.
"It must be an exciting time for Agnetha because she hasn't done anything like this for a long time. She did a covers album in 2004 but that sort of got released almost in secret but this one I think will have a lot of attention. It's a really classy song and good luck to her for doing something now that she can probably do something without the pressure of being part of ABBA," Pennell added.
Fans Downunder were first to really embrace them and the love was mutual. Despite being discovered on Eurovision the Scandinavian pop quartet had many flops in the 18 months that followed, barely scrapping into the charts.
It was Australia that helped put the back on the road to success. Without the countdown, Mama Mia would not have been a single, let alone a highly successful musical and film. An ABBA special shown in Australia out-rated the landing on the moon.
Anticipated by millions of ABBA fans worldwide, Faltskog's brand new material will be snapped up on release by Michael Young.
"I've heard the single, I've seen the video for the single and I would describe it as a classy song, a classy production, a classy video. She looks amazing. Probably the best she's looked in a very, very long time. Her stylist is brilliant," Young said.
The ABBA fanatic started the ABBA fan club in Australia.
"I wrote to Sweden and got permission and away it went. They started sending me beautiful posters and records when they were released and all that sort of thing, so that was a great privilege," Young said.
“Now we have Agnetha releasing a new album which is just really exciting to get something new from any of them. But the person we least expect it from is Agnetha because she tends to keep to herself."
The last time Faltskog sang so passionately about love or rather lost love was shortly after her divorced Bjorn.
Faltskog’s new album is due to be released next month.