We are delighted to announce the production of the first major official photographic book on ABBA. This 400-page book will feature iconic images of the band, unseen shots by leading professional photographers of the era, as well as a selection of private pictures. The title is ABBA – THE PHOTO ALBUM.

Agnetha, Björn, Benny and Anni-Frid are contributing with their foreword and providing comments and personal insights to accompany the 500 classic, rare and previously unseen images in the book that document the complete story of the band.
The book’s images will document the early years, the formation and rise in popularity of the group, the international breakthrough performance at the 1974 Eurovision Song Contest in Brighton and subsequent global superstardom. The book will also feature photographs that provide insight into the four band members’ subsequent careers, including the international success of the musicals Chess and Mamma Mia.

We have chosen to work with Max Ström, one of Europes finest illustrated publishers, to produce the book. The book will be created by the award-winning picture editor Bengt Wanselius and the text is written by Petter Karlsson, one of Sweden’s most talented writers. They have so far gone through more than 20,000 pictures to find the best for the book!

ABBA The Photo Album will be published in April 2014, marking precisely 40 years to the month since the band’s international career was launched by its winning performance of Waterloo at the 1974 Eurovision Song Contest.

It will be a great book and we can promise you pictures you’ve never seen before! 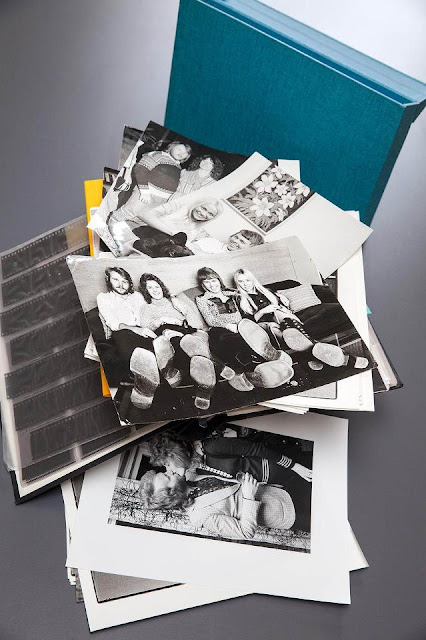