ABBA’S 40TH ANNIVERSARY CELEBRATED IN STYLE
The year 2014 marks the 40th Anniversary of ABBA’s spectacular win at the Eurovision Song Contest in Brighton, England. Their entry, ’Waterloo’, is the most successful Eurovision winner of all time, and led to the group’s international breakthrough. Soon after the victory on April 6, 1974, ’Waterloo’ topped the single charts all over Europe, also reaching the Top Ten in the United States and Australia.
Although Agnetha Fältskog, Björn Ulvaeus, Benny Andersson and Anni-Frid “Frida” Lyngstad had been releasing records as a group before, they only began using the name ABBA during the ‘Waterloo’ era. The four members went their separate ways in 1982, but today interest in their music is perhaps stronger than ever. ABBA’s world sales are 380 million, and the compilation album ABBA Gold has sold 29 million copies. The musical Mamma Mia!, based on ABBA’s songs, is a smash hit, and has been seen by 54 million people.
Polar Music International will commemorate the 40th Anniversary of ‘Waterloo’ during the course of 2014, with several exciting releases and activities. Stockholm’s ABBA The Museum will also be celebrating this defining moment in the career of one of the world’s biggest bands with a number of fun and entertaining events.
Be prepared for a fabulous ABBA year!

The 40th Anniversary Waterloo Deluxe Edition being prepared for release: 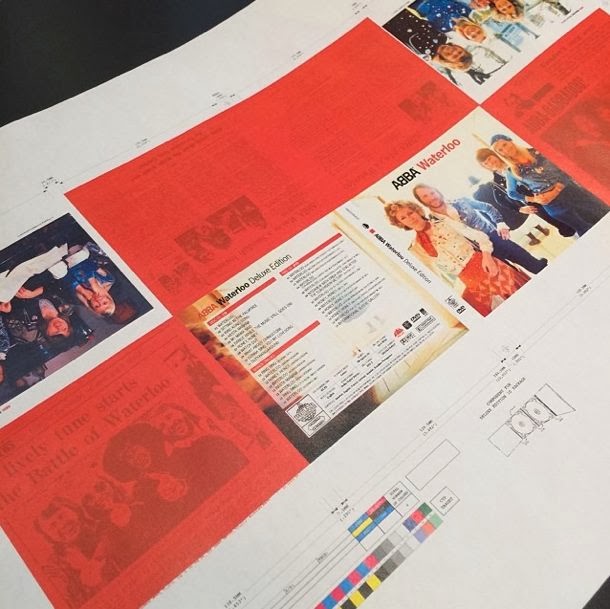