More info about the new edition of ABBA - The Complete Recording Sessions.


Published December 28, 2014
If you're interested in the stories and details of how ABBA wrote and recorded their music, there are exciting times ahead. After many years of requests from fans, I will finally go back to the book ABBA - The Complete Recording Sessions, which was first published in 1994, and present a revised and expanded edition. If all goes well, that is.
I've long wanted to revisit the book and ever since I started thinking seriously about it I've known that I would want to self-publish. Why? One reason is that by the very nature of the book - the details about how ABBA created their music - it was always going to be a "special interest" title, meaning that it would have a comparatively small readership but one that would be very interested in taking part of its contents. That would mean that although there might be publishers who would be interested in publishing the book, the edition would be so small that they wouldn't be able to offer me the kind of money I would need to spend adequate time on truly updating and improving upon the book (I should add that we're not talking about millions of dollars here, but even the relatively small amount I would need would be too much). However, by cutting out as many middle-men as possible, I would be able to put together a budget for the book allowing me to do such things as eat and pay the rent during the lenghty period of writing and researching.
Another reason for self-publishing is that I, as the author, want to have full control of the project. What will the book look like? My decision. When is the deadline for submitting the manuscript? My decision. When will it be published? My decision. This need for control is not because I'm a raging egomaniac, but simply because I want the book to be the best I could possibly make it - that would be my priority rather than having it out "in time for the Christmas market" or whatever other priorities a regular publisher would have (those priorities are completely understandable, but would be a hindrance for the kind of book I want to create). In other words, I want to make a book for the committed readers out there, rather than the casual browser.
The revised, upated and expanded edition of ABBA - The Complete Recording Sessions will be a lot thicker than the original edition - I'm looking at somewhere between 300 and 400 pages; probably closer to 400 than 300, actually. By comparison, the original edition comprised 128 pages. There will be A LOT more text in the new edition, plus all kinds of relevant illustrations, so that's why the book will be so much thicker.
With the ambitions I have, and the fact that I want it to be a good-looking, full-colour book, nicely produced and printed on nice paper, coupled with the fact that it's going to be a comparatively small edition, the book is going to be more expensive than the average book. The entire project has to carry all its costs. There is no financial backer investing in it from the goodness of his or her heart - the entire project will be financed by you, dear prospective reader. So, if you're interested in seeing this book become a reality, please back the crowdfunding campaign when it starts on 28 January 2015.
More information about the updated version of ABBA - The Complete Recording Sessions can be found here.
More details about the contents of the book in my next blog. Watch this space... 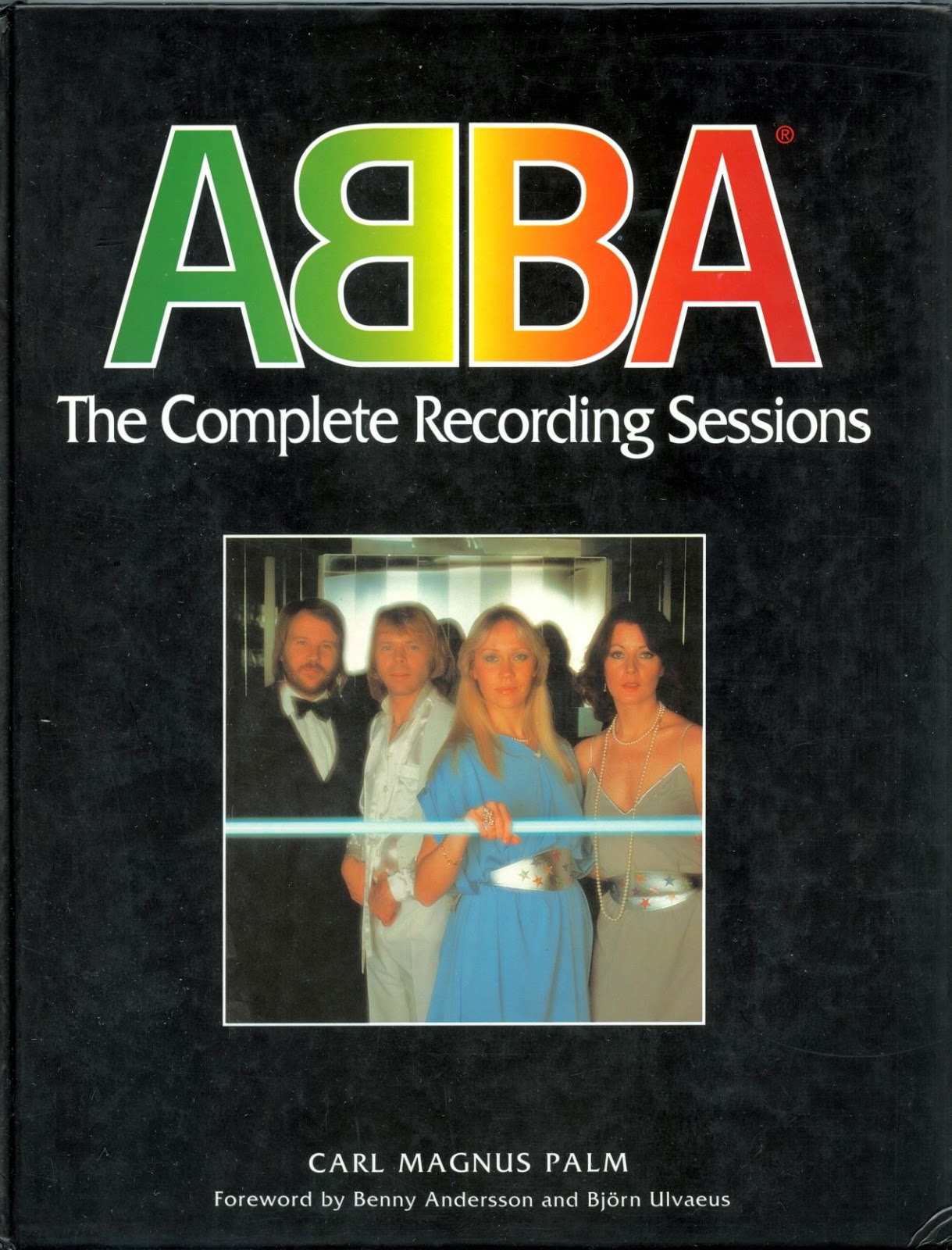