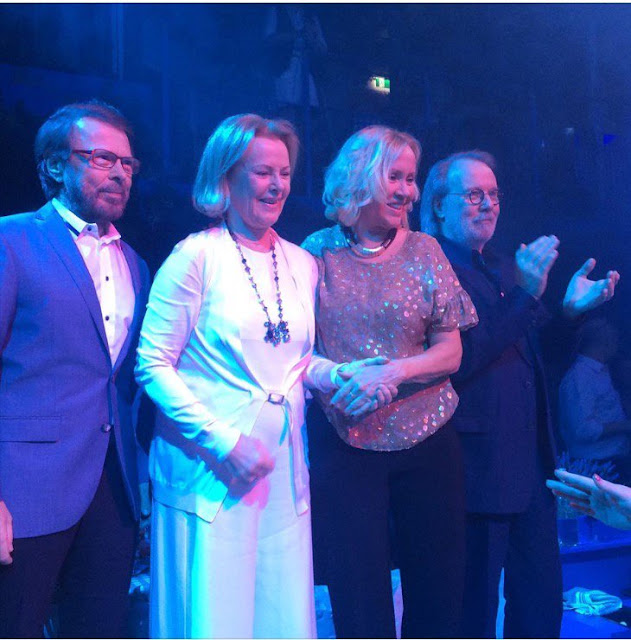 Here reunite ABBA on stage !
Fältskog: "I think it was fantastic".

All four ABBA together on stage.

For the first time since the 1980s.The premiere of "Mamma Mia! - The party "offered a finale that reaches all ABBA fans around the world.
- I think it was fantastic. I got all nostalgic, says Agnetha Aftonbladet. It was a long time ago Benny Andersson, Bjorn Ulvaeus, Agnetha and Anni-Frid Lyngstad got stuck in the same image. Then the group stopped doing things together in 1982, the four not been seen together in this way.
Everyone was in the film premiere of "Mamma Mia!" In Stockholm in 2008, but then the picture with all the actors.
Not even when it got a photo book for the 40th anniversary of "Waterloo" were they ever together in one image. When ABBA the Museum was inaugurated Agnetha in London.
Sang along with the songs
But on Wednesday, January 20, 2016, they went up on a small stage together. Rock The smoke billowed up in the Tyrol and the mist obscured was full ABBA waved to the audience's cheers.
After 20 seconds, they disappeared quickly again and the dance floor began to sway to the ABBA songs.
All four followed the premiere at the dining table in the vicinity of each other. There were also their families and colleagues Tommy Körberg, Helen Sjöholm, Marie and Tomas Ledin.
Agnetha Fältskog and Anni-Frid Lyngstad sang as the audience of some of the famous songs, like "Kisses of Fire".
"I'm very happy"
All ABBA members would come at the premiere was completed a few weeks ago. Bjorn Ulvaeus, who is the only one that has worked with "Mamma Mia! The Party ", was thrilled when he heard that all could come.
- I am very glad that my three companions from ABBA's here tonight, he said to Aftonbladet, just before the world premiere.

All four former members of the 1970s Swedish pop group Abba have reunited for the opening of a new business venture in the capital Stockholm.
The dining-entertainment venue, based on the Greek taverna featured in the Abba-themed film Mamma Mia!, is the idea of Abba star Bjorn Ulvaeus.
He was joined for the opening night by Benny Andersson, Anni-Frid Lyngstad, and Agnetha Faltskog.
They were last seen in public together in 2008, news website thelocal.se said.
Fans and guests paid 1,340 kronor (£110; $157) for a ticket to the opening night of Mamma Mia! The Party at the Tyrol restaurant in Grona Lund, Stockholm, on Wednesday, it added.
The venue's website says punters will enjoy a Mediterranean-style buffet while the show takes place.
"Everything happens on a magical evening in several acts filled with singing and dancing, daredevil stunts, Greek Gods, flirty waiters, and perhaps a zorba and an ouzo or two," it says.
"No evening is like any other and no-one knows how it ends. It all depends on where Abba's songs take us."
The four Abba stars were last seen in public together for the film premieres of Mamma Mia! in London and Stockholm in 2008, thelocal.se said.

Article from The Mirror UK:

ABBA reunite for the first time in years as stars come together for Mamma Mia! opening

All four members of pop group ABBA came together for the time in seven years as they supported Bjorn Ulvaeus at the launch of his latest business venture.
Bjorn, Benny Andersson, Anni-Frid Lyngstad and Agnetha Fältskog have not been seen in public together since 2008 when they walked the red carpet at the film premiere of Mamma Mia!
Bjorn has now launched an entertainment venue based on the Greek taverna featured in the film, called Mamma Mia! The Party.
According to news website thelocal.se, fans and guests paid around £110 for a ticket to the opening night in Grona Lund, Stokholm.
One fan told the site that seeing the stars together was "a dream come true that no one believed would happen."
Although all appearing on the night, they decided to walk the red carpet separately.
The group stormed the charts back in 1970s and won the Eurovision Song Content in 1974 with Waterloo.
The venue's website said guests would sit down for a Mediterranean-style buffet while enjoying the show.

"Everything happens on a magical evening in several acts filled with singing and dancing, daredevil stunts, Greek Gods, flirty waiters, and perhaps a zorba and an ouzo or two," it says.
"No evening is like any other and no-one knows how it ends. It all depends on where Abba's songs take us." 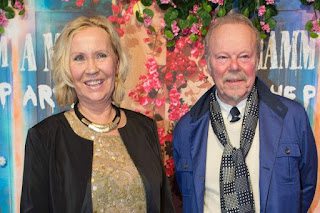 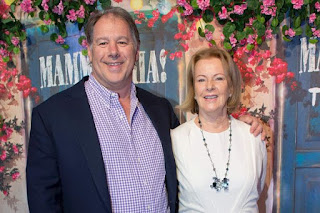 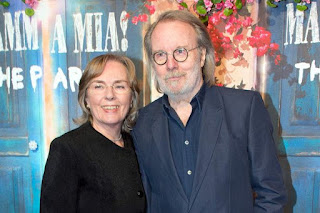 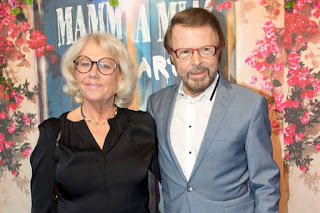 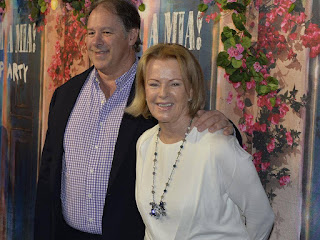 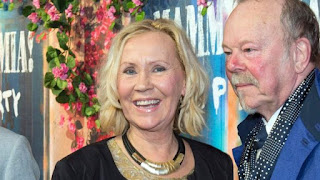 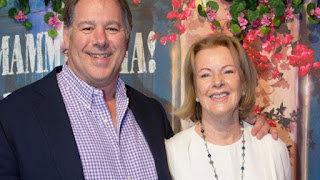 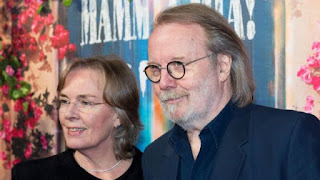 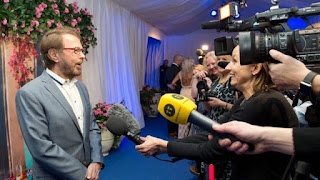 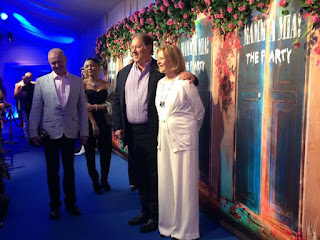 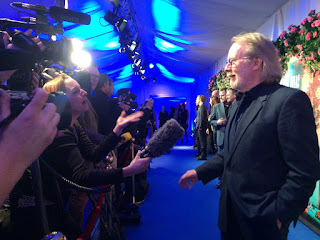 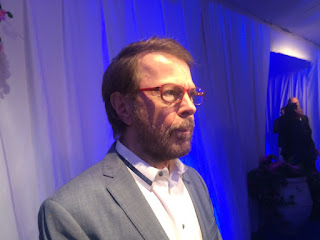 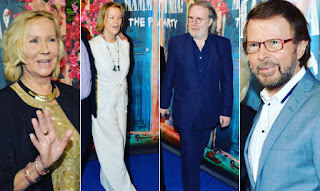 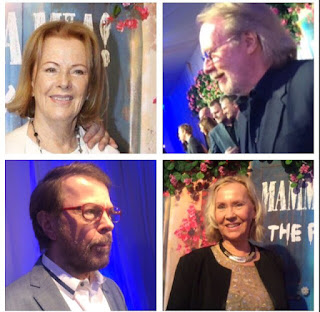 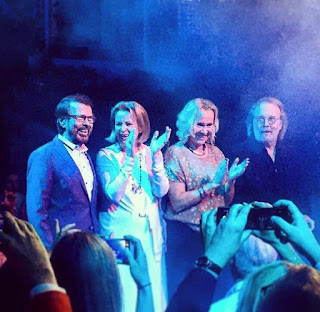 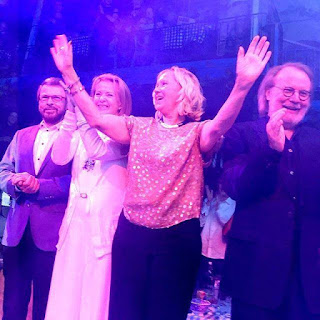 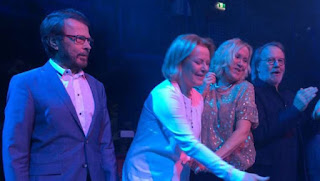 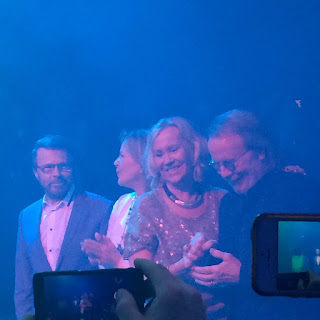 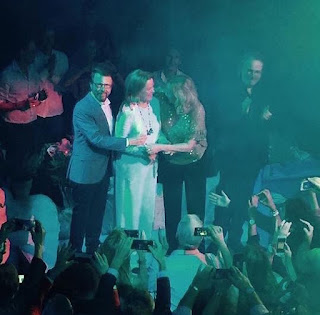 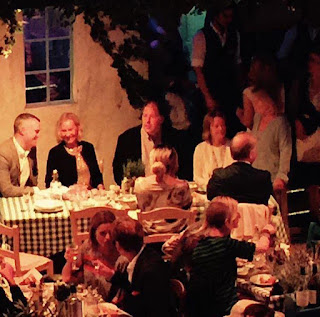 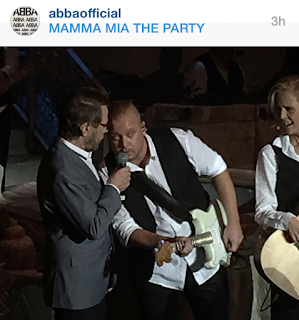 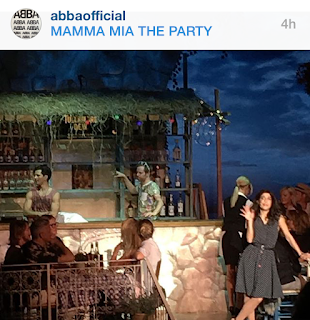 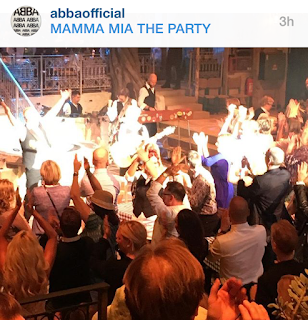 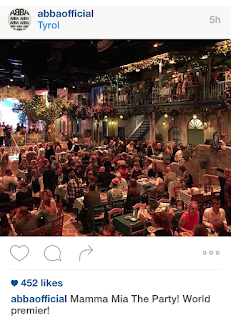