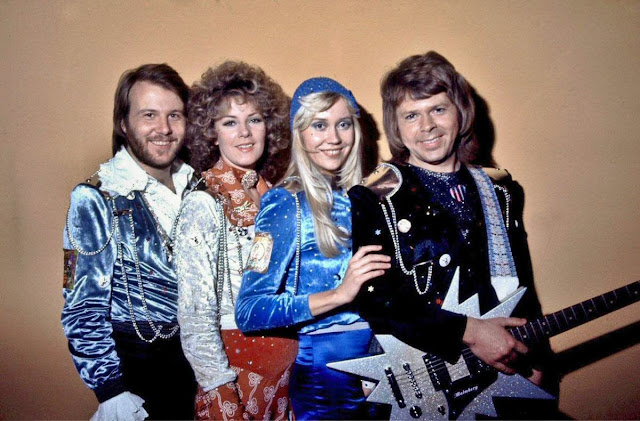 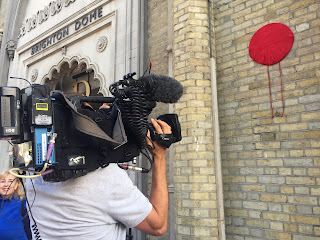 ABBA have been awarded a blue plaque by the local BBC Radio station in the county of Sussex in the United Kingdom. In total 47 blue plaques were today awarded as part of BBC’s Music Day. 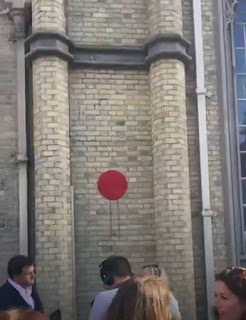 Abba’s victory in 1974 at the Eurovision Song Contest at the Brighton Dome launched their career and changed the face of music. We are proud to celebrate Brighton’s connection with these international superstars whose music continues to inspire and bring joy to millions of people around the world.
BBC Sussex assistant editor Mark Carter.

The plaque will be placed at the Brighton Dome which was the venue for the 19th Eurovision Song Contest where ABBA famously won the 1974 contest with Waterloo. It will be unveiled tonight live on BBC Sussex between 18:30-19:00 GMT. Popular ABBA tribute act Bjorn Again will be giving a special performance at the event at the Pavilion Gardens.

This particular Blue Plaque is one of 47 unveiled around the country on BBC Music Day (Thursday 15 June). It was announced by BBC Local Radio, BBC Asian Network and the British Plaque Trust to commemorate people or places that have influenced the musical landscape across the country. The plaques were chosen by a panel of experts after the BBC asked radio listeners to send in their nominations. 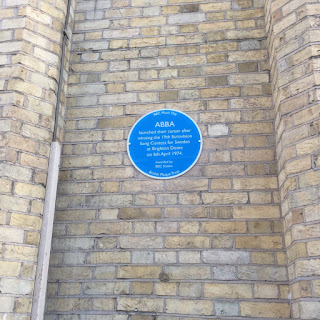 Further sites to receive a blue plaque include the Soho studio where David Bowie recorded Ziggy Stardust and Hounds pub in Caversham, Berkshire, where John Lennon and Paul McCartney played their only gig as The Nerk Twins. 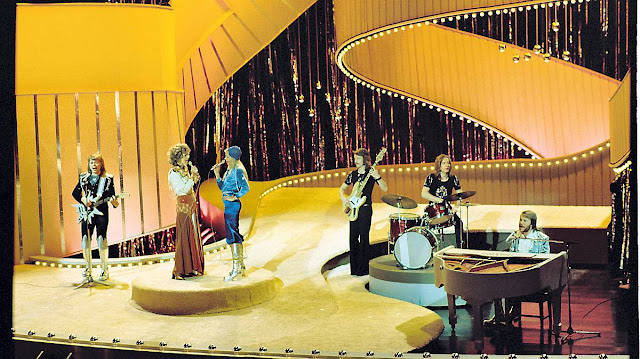 Click this link to watch an awesome video message from Benny & Bjorn to BBC after ABBA were awarded the blue plaque at Brighton Dome:

This is however, not the first plaque that ABBA have in UK.
They also have this plaque at Brighton Marina Walk Of Fame :) 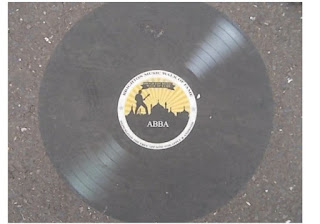 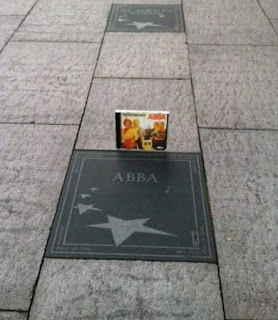 Check out all the details including recipients for the BBC Music Day 2017 Event here:

The Blue Plaque have been used in Britain since the mid-1800’s to denote the locations of significant events in the lives of the famous and influential.


In a normal year, only two to a half dozen plaques are placed around the U.K. but, for this year’s BBC Music Day (June 15), 47 new Blue Plaques saluting important locations and people in music, are being added to the British landscape.

BBC English Regions controller David Holdsworth says: “It is hugely prestigious to receive a British Plaque Trust Blue Plaque, usually only around two are awarded each year. To mark BBC Music Day across BBC Local Radio with 47 blue plaques is a fitting way to commemorate our listeners’ passion and pride for where they live and to celebrate our musical heritage.”

Led Zeppelin are honored with two plaques including the location of their debut performance and the birthplace of John Bonham while three revolve around David Bowie. 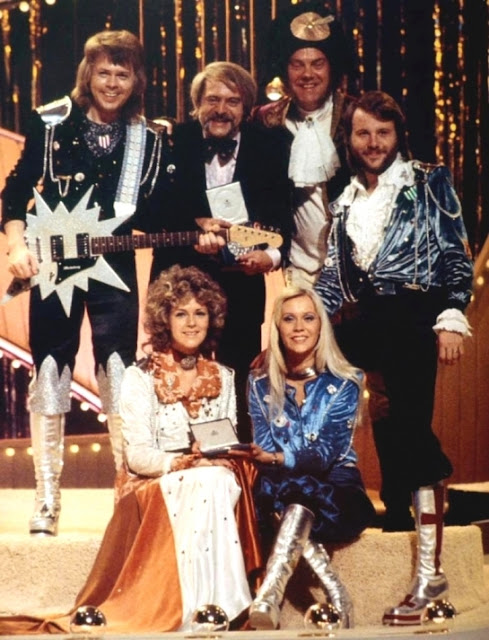 A Blue Plaque to be unveiled at Brighton Dome honouring music legends Abba is one of 47 announced today (Wednesday 14 June) by BBC Local Radio, BBC Asian Network and The British Plaque Trust, commemorating people or places that have influenced the musical landscape across the country. 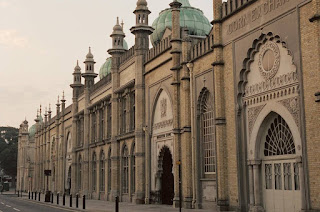 BBC Sussex’s Blue Plaque, to go on Brighton Dome, will commemorate Abba who launched their career after winning the 19th Eurovision Song Contest for Sweden at the Brighton Dome on 6 April 1974.
The plaque will be unveiled on BBC Music Day (Thursday 15 June) between 6.45pm and 7pm, live on BBC Sussex. Bjorn Again will be performing Waterloo in the Pavilion Gardens shortly after the unveiling and everyone is invited to come down and join in the celebrations.
Each year Brighton Dome plays host to over 600 events spanning music, theatre, dance, comedy, literature, spoken word, visual arts, film and more as well as producing England's leading and most-progressive mixed-arts celebration, the internationally-acclaimed Brighton Festival. Since becoming a music venue in 1867, Brighton Dome has hosted artists as varied as Jimi Hendrix, David Bowie, Nina Simone and Beyonce.
Other artists including David Bowie, John Peel and Sandy Denny will receive Blue Plaques in their honour. The full list of recipients can be found here.

1. The 19th edition of the Eurovision Song Contest in 1974 should have actually been held in Luxembourg as they had won the 1973 competition with Anne-Marie David singing Tu Te Reconnaitras. However, as they had also won in 1972 and faced the expense of hosting the contest again, they decided that they could not afford to host it for a second year in a row.

2. The runner up of the 1974 Brighton Dome Eurovision Song Contest was Gigliola Cinquetti from Italy singing Si and she had participated and won it ten years earlier in 1964 in Copenhagen.

3. In 1974 the UK was represented by British born Australian singer Olivia Newton-John, who grabbed fourth place with Long Live Love, just behind the Netherlands.

4. The Brighton competition was hosted by prim-and-proper Katie Boyle, who had returned to host it for the fourth time – the previous times were in 1968, 1963 and 1960.

5. There were 17 countries taking part in 1974 and every country scored some points, so no nil points this year!