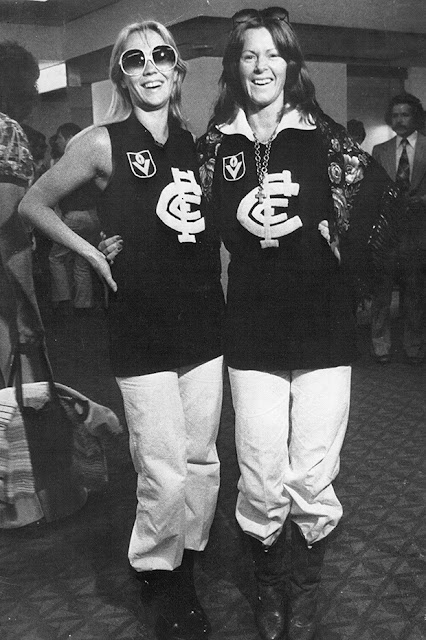 It's 40 years now since Carlton’s then General Manager Keith “Caper” McKenzie somehow found a way to get the better halves of Swedish supergroup ABBA decked out in dark Navy Blue guernseys.
That happened on the morning of Saturday, March 5, 1977, when Frida and Agnetha Faltskog and Frida Lyngstad, together with their husbands Bjorn and Benny, lobbed at Tullamarine Airport to fulfil their obligations in two shows at the Sidney Myer Music Bowl as part of the band’s Australian musical tour.
In a previous interview with this reporter, McKenzie, now 95, vividly recalled the chain of events which led to Agnetha and Frida sporting the famous playing tops, in one of the all-time great club marketing triumphs.

“When we knew they were about to land at Tullamarine I told our marketing bloke Michael Whitewood, ‘Grab a couple of guernseys, get up to the airport and take them out to ABBA’,” McKenzie said.
“The band later headed out to Western Australia to play four shows wearing the jumpers. I don’t know what guernsey numbers they got, but it was a real coup.”
McKenzie remembered meeting with the members of ABBA, then in town for three shows at the Sidney Myer Music Bowl. At that time they were holed up at the Old Melbourne Motor Inn on nearby Flemington Road, during which time they were also accorded a civic reception at the Melbourne Town Hall.

The Carlton Football Club was the least of ABBA’s concerns, on what was an exhilarating if hazardous ’77 tour. Agnetha, in a later interview with Brita Ahman, described the tour as “the most incredible of all the things that I experienced with ABBA . . . there was fever, there was hysteria, there were ovations (and) there were sweaty, obsessed crowds”.

“Sometimes it was awful,” she conceded. “I felt as if they would get hold of me and I’d never get away again. It was as if I was going to be crushed. On occasions they would grab hold of us in the most unpleasant ways and there were times when we cried once we were inside the car.

“No one who has experienced facing a screaming, boiling, hysterical crowd could avoid feeling shivers up and down their spine. It’s a thin line between ecstatic celebration and menace. It can turn around in a flash.

“I don’t think anyone could stay the same after such an encounter. It affects your personality. It remoulds you and can be the source of phobias. Naturally, it depends on how sensitive you are. Nonetheless I never felt that my life was in danger in Australia. Enthusiasm and warmth were always present too.”

Frida and Agnetha are seen sporting their Carlton guernseys in ABBA - The Movie, which takes in the ’77 tour. Clearly, the top agreed with Agnetha, who two years later donned it again for the “Chiquitita” clip, which was apparently filmed in the lobby of the Central Hotel in Leysin, Switzerland, on February 15 in the Carlton premiership year of 1979.

On December 22 of that year, ABBA’s Chiquitita opened BBC2 UK’s "Christmas Snowtime Special", which also featured the likes of Bonnie Tyler (“It's a Heartache”), Leo Sayer (“When I Need You “), The Raes (“Gonna Burn my Boogie Shoes”) and The Jacksons (“Destiny”).

In the Chiquitita clip, Agnetha can be seen sporting the famous CFC monogram across her front. The clip later appeared on Australia television on a program hosted by Dame Edna Everage. In introducing the clip, the Dame, with typical humility, refers to ABBA as “a little group I prophesised would go a very long way indeed - a little cluster of scrumptious Swedes . . . I could really eat them up”.

The Club would dearly love to make contact with Agnetha to determine whether she and Frida still have their precious Carlton guernseys in their keep and what numbers might be on their backs. 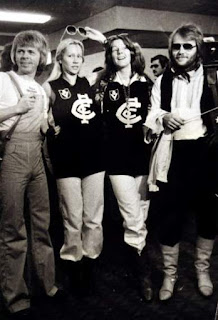 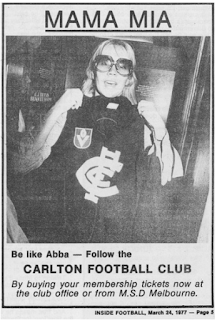 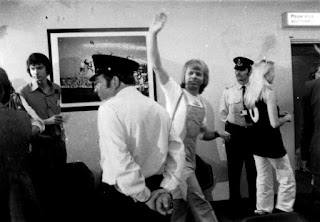 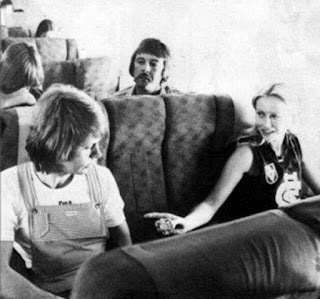 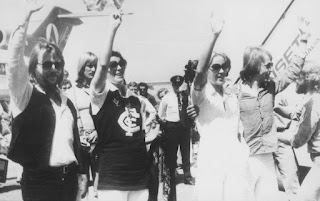 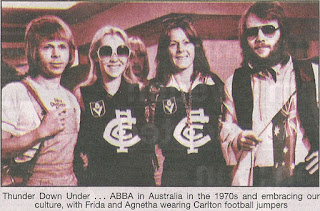 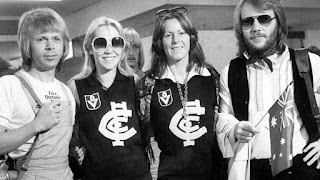 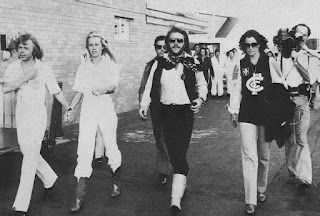 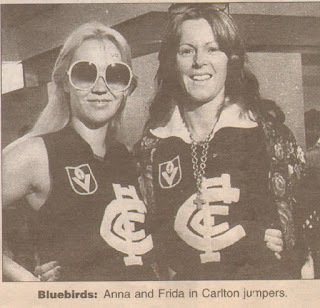