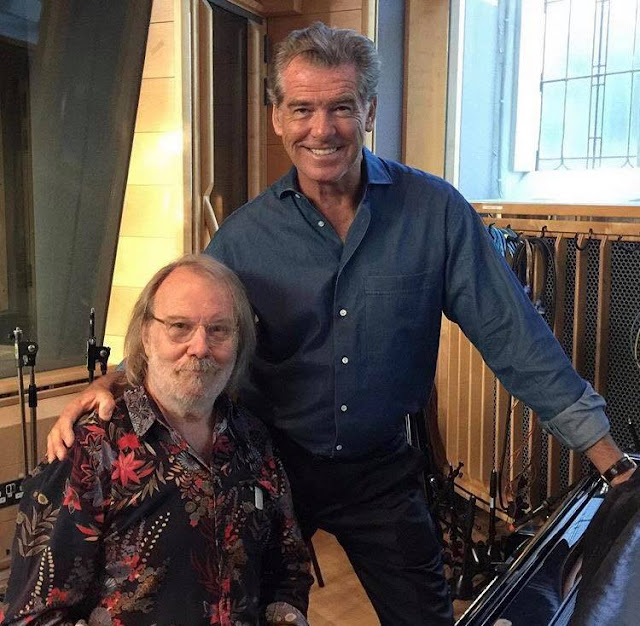 A source has revealed the Hollywood star is in training to "wow" audiences after he was panned for his singing in the 2008 movie.

Super trouper Pierce Brosnan has been in a singing boot camp as he prepares for the Mamma Mia! sequel.
Pierce, 64, was panned for his singing in the 2008 movie and wants to “wow” audiences this time round.

“For the last film he had a coach he shared with his co-star Amanda Seyfried , but that wasn’t enough so extra measures have been taken this time.”

After coaching in the US, ex- James Bond Pierce is in London to record for Mamma Mia 2: Here We Go Again alongside ABBA legend Benny Andersson , 70.

The source said: “Pierce has been good humoured about criticism of his voice, but he secretly wants to wow people.”

Earlier this year, Pierce said: I believe the world is ready to hear me sing once more.” Pierce, who won a Golden Raspberry award for his turn as Sam, is reprising the role alongside Meryl Streep , 68, who returns as love interest Donna.

The sequel will focus on Sam and Donna’s romance as youngsters, with Baby Driver actress Lily James, 28, in the role of the young Donna. 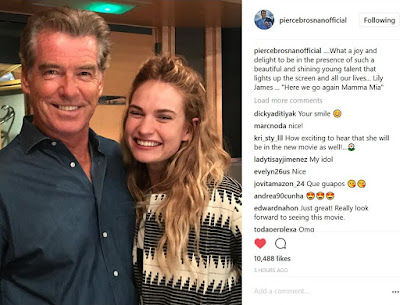 
Pierce Brosnan has shared a snap of himself preparing for the Mamma Mia sequel, Here We Go
Again. Posing with Benny Andersson in a recording studio, the James Bond actor looked delighted to be working with the ABBA legend again, and captioned the snap: "Never thought his would happen again but, here I was last night once more, with the gracious and brilliant Mr Benny Andersson... ABBA... recording at Air Studios for the next Here We Go Again Mamma Mia movie. Magic."

Fans were quick to praise the photo, with one writing: "Love the post, I can't wait to see you in M&M2 and hear you singing," while another added: "Can't wait to see (and hear) what you all put together! Love it when you post behind-the-scenes pix." Pierce originally revealed that he was reprising his role as Sam Carmichael after sharing a screenshot from the original film back in May, captioning the snap: "Do wanna dance, or do you wanna dance? Mamma Mia here we go again"

Meanwhile, Lily James has also posted about the exciting sequel, in which she will star as the younger version of Meryl Streep's character, Donna. Sharing a snap of 70s style gold, platform boots, she wrote: "It's happening.. #TheDynamos #MammaMia2." A fan of the Baby Driver star commented: "I am actually so flipping excited for the Mamma Mia sequel!! I just know that you are going to kill it Lily."
The film is scheduled to be released in July 2018, ten years after the original film. The cast, including Meryl Streep, Amanda Seyfried, Dominic Cooper and Colin Firth, are all set to reprise their roles for the film, which will be written and directed by The Best Exotic Marigold Hotel writer, OI Parker. 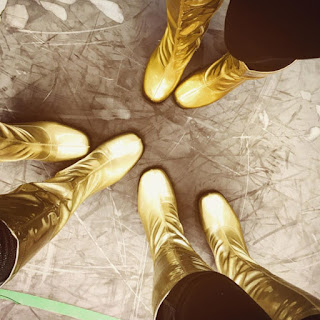 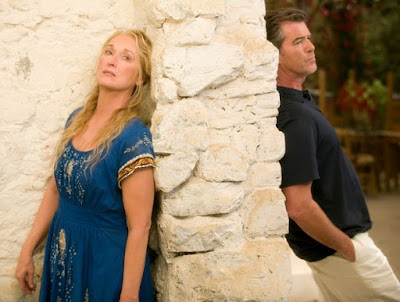 Dominic Cooper has teased what we can expect from the sequel to Mamma Mia, saying how he’s going to be singing a whole lot more. 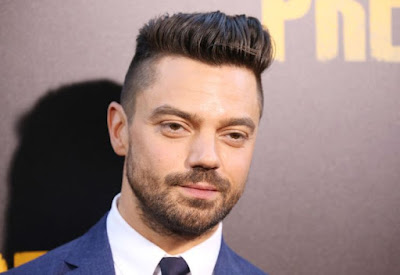 Speaking to Metro.co.uk about returning for a sequel to the 2008 musical, Cooper revealed how he’s excited to reunite with the cast, less so with his vocal pipes.

Cooper said: ‘I’ve seen the script and I can’t believe it. 10 years later going back and I’ve got a dance rehearsal set up for next week which seems extraordinary. It feels so peculiar.
‘I can’t wait. It was such a happy time living on a Greek Island and occasionally doing a bit of dancing and singing.

‘What will be intriguing is going back and seeing all the same faces and seeing where we’ve got to. It’s the same little family of people that you’re suddenly going back to after ten years. It’ll be funny.’
So is there going to be more singing from Dominic this time-around?
‘Yes there’s going to be more singing and I can’t believe they’ve allowed that to happen. It’s actually a really good song.

‘I was actually practising the other day just on my own. You’ll find out what it is if you just follow me around the street for long enough.’
As he can’t reveal which song he’d be taking on in the flick – which Abba track would he tackle at karaoke?
‘I don’t know what Abba song I’d do. The Winner Takes It All,’ he added.

Certified banger.
Mamma Mia: Here We Go Again is currently scheduled to be released in 2018.