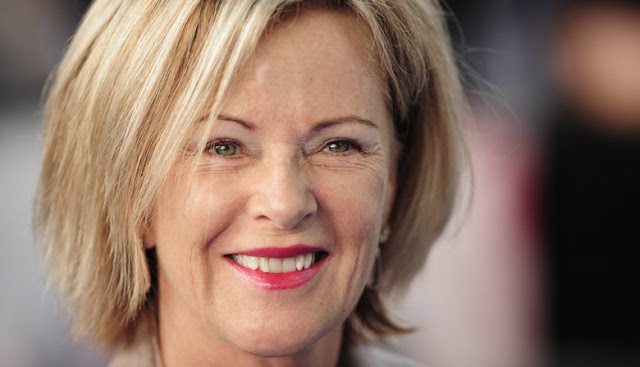 From Badische Zeitung - Germany
Published in the print edition

With 70 years, since life beginsAbba singer Anni-Frid Lyngstad had retired to Switzerland - now they speculation is rife about the Swedish cult band could come together again.
The Popquartett Abba was a legend, the "Abbamania" rampant on. Songs like "Dancing Queen" are loved not only by the generation that in 1974 the huge international success of the band with "Waterloo" at the Grand Prix d'euros Vision (now Euro Vision Song Contest) has experienced. A large part of today's youth is forfeited the often deep melancholy, but at the same time energetic and life-affirming works by Abba. This can be seen from the number of users of the streaming service Spotify.
Just in time for the 70th birthday of singer Anni Frid Lyngstad temporary about a kind of reunification of the quartet is in Sweden now speculated, perhaps even on birthday with a serenade in Switzerland? Thither Anni Frid Lyngstad had retired 30 years ago. "How and where she celebrates her milestone birthday on Sunday, Annie wants to keep a secret like," says Görel Hanser, the Abba-manager and long-time friend of all band members. "She is concerned at present well. She now lives the life they want to live," said Hanser. You enjoy the solitude, under which they have always suffered earlier.
Lyngstad is the daughter of a German Wehrmacht soldier and a Norwegian mother, the "German children" were in their home for the occupation, they were in the public eye a shame. "I was fortunately so small that I did not notice it," Lyngstad says today. Her mother in contrast, experienced the hostility with full force. She died young in 1947. Lyngstad went with her grandmother to Sweden, where both wanted to start a new life. Your father has taken until 1977, when she was already famous Lyngstad. The magazine Bravo had tracked him, Lyngstad was hitherto assumed that he was dead. At 16, she took Swedish citizenship. The Norwegians they claim today still gladly as their national figurehead.
As 1972 began her big time with Abba, she was divorced and had two children. 380 million sound recordings sold the tape. "We were two couples. We were in love," she told the magazine now Damernas Värld. "I think somehow people could identify with us." The idyll was broken by her divorce from bandmate Benny Andersson, who today lives in Stockholm and very active acts. The second pair Abba, Bjorn Ulvaeus and Agnetha Fältskog, let divorced 1980th The last joint appearance took place 1982nd Lyngstad married, moved to Switzerland. Died in 1998 her daughter in a car accident a year later her husband to cancer. Lyngstad withdrew even more. "I wrote a lot, I wrote the grief of the soul," she says today. They also went "climbing, hiking, skiing, everything gives me peace of mind". They had grown up in the mountains, probably why he liked her so in the Alps, in nature. "The circle is complete", says Lyngstad on Swedish television SVT.
Meanwhile, it appears not only common in the public, it also occurs again - so far only at charity events - writes songs and designing exclusive ski fashion. And the first time she let even hinted that she was against a temporary Auflaben the band Abba not averse. "As long as we can all sing and play - why I would not like to do, but that need to Björn and Benny decide," she said. Also Agnetha had previously responded favorably to it. Björn, who rejected the earlier categorically, has now also let soften. "It would then be but a very special occasion," he says of the newspaper Aftonbladet. Since then, speculation in Sweden, whether Lyngstads 70th birthday could be such an Occasion - for a birthday song, and more.
Posted by Roxanne Dickson