Here is a full report by 'ABBA Intermezzo International ABBA Fan Club on the issues surrounding the release of the Official Photo Book. This is from their magazine Issue 73.

I would like to note that since this report was written, the documentary 'ABBA: A Life In Pictures' (the DVD included with the Deluxe editions) has aired on TV in Sweden and is now, of course, on youtube. The original advertisement for the Photo Book said the documentary was produced specially for the Deluxe editions - another reason for the hefty price. I don't recall the advertisement stating that it would end up on TV.

Just kind of completes the picture don't you think ?

Have I been over the top with my criticism of the book ? I don't think so.

I thank the Intermezzo Fan Club for this honest and comprehensive report. Spells everything out very clearly. 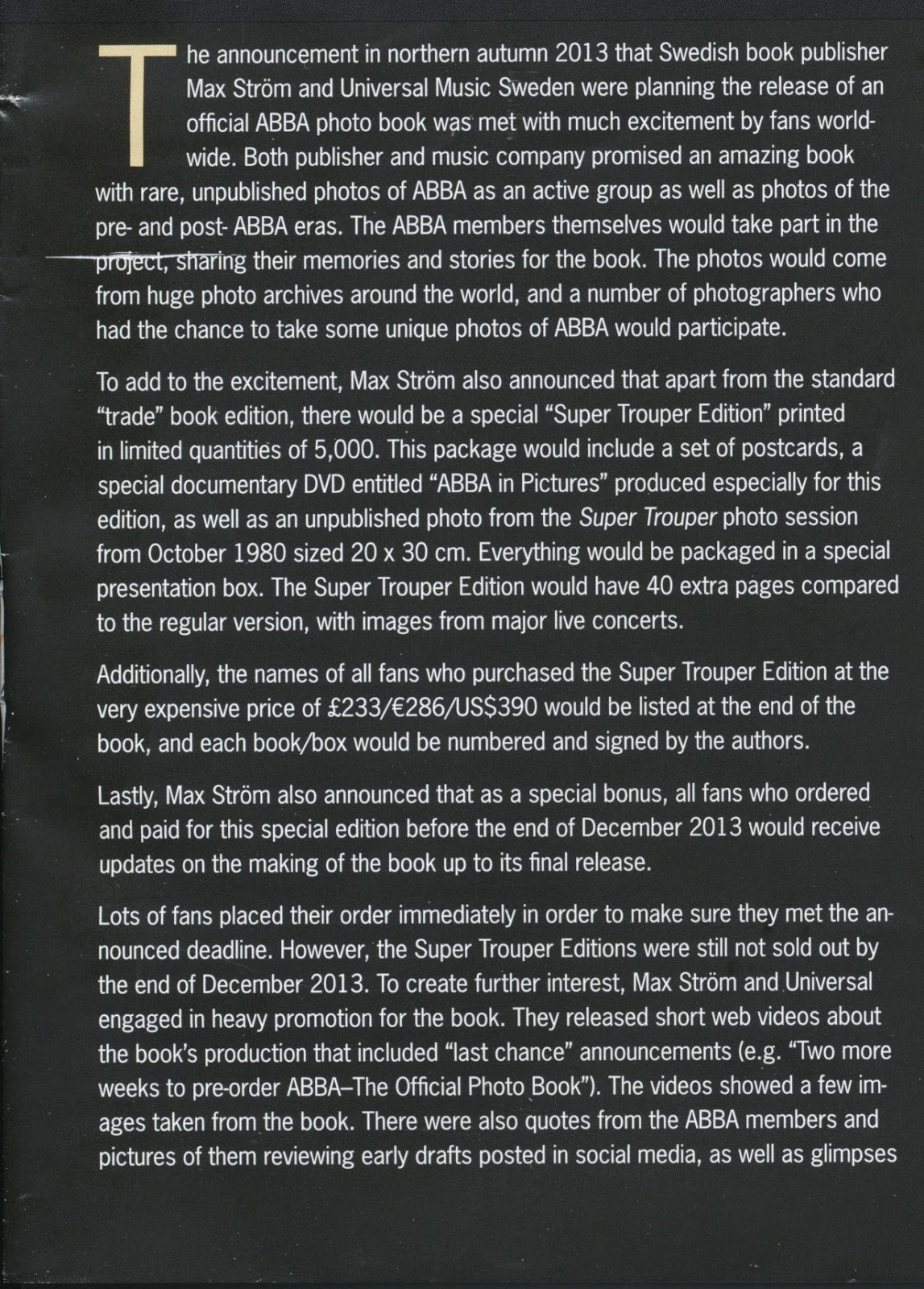 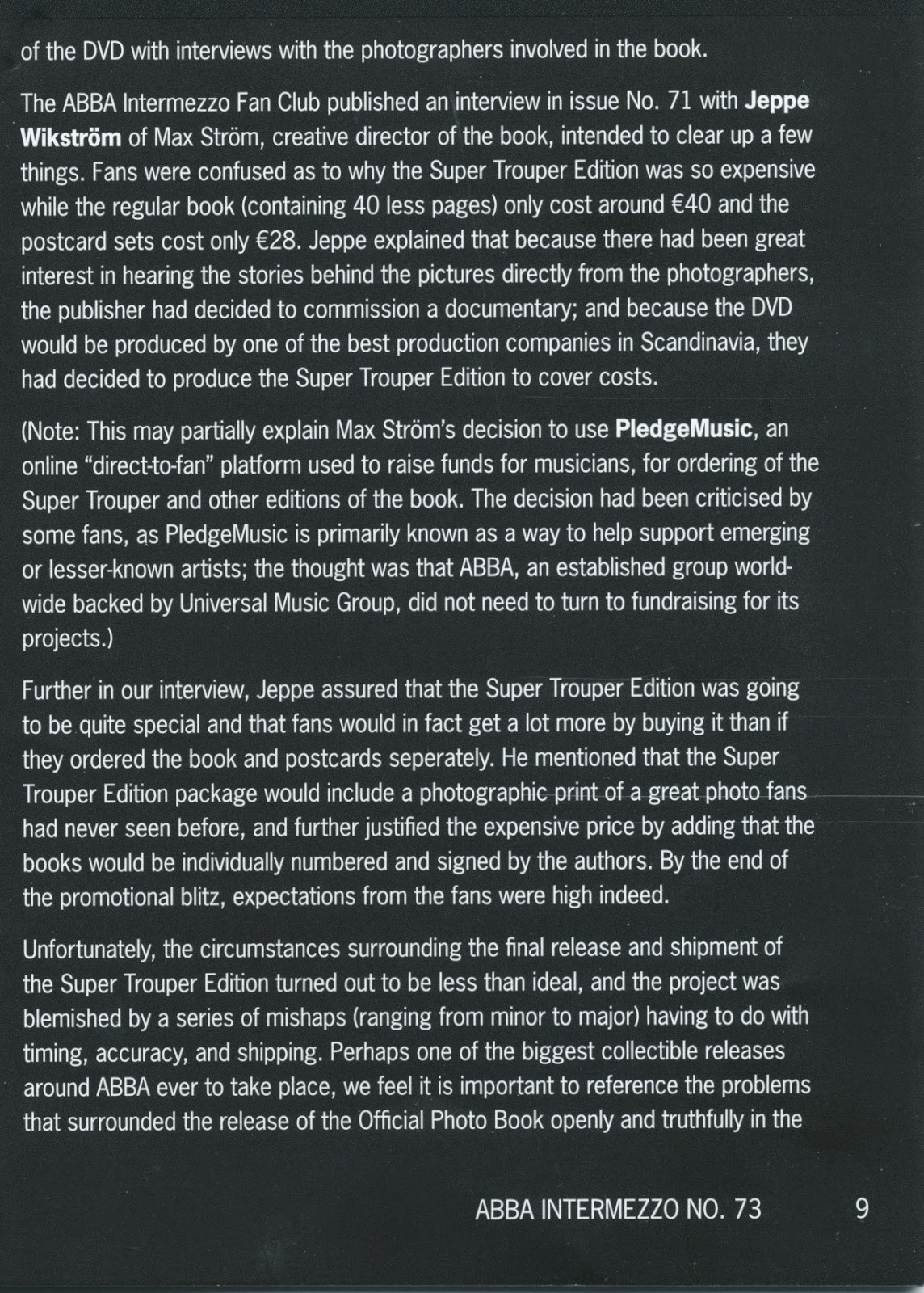 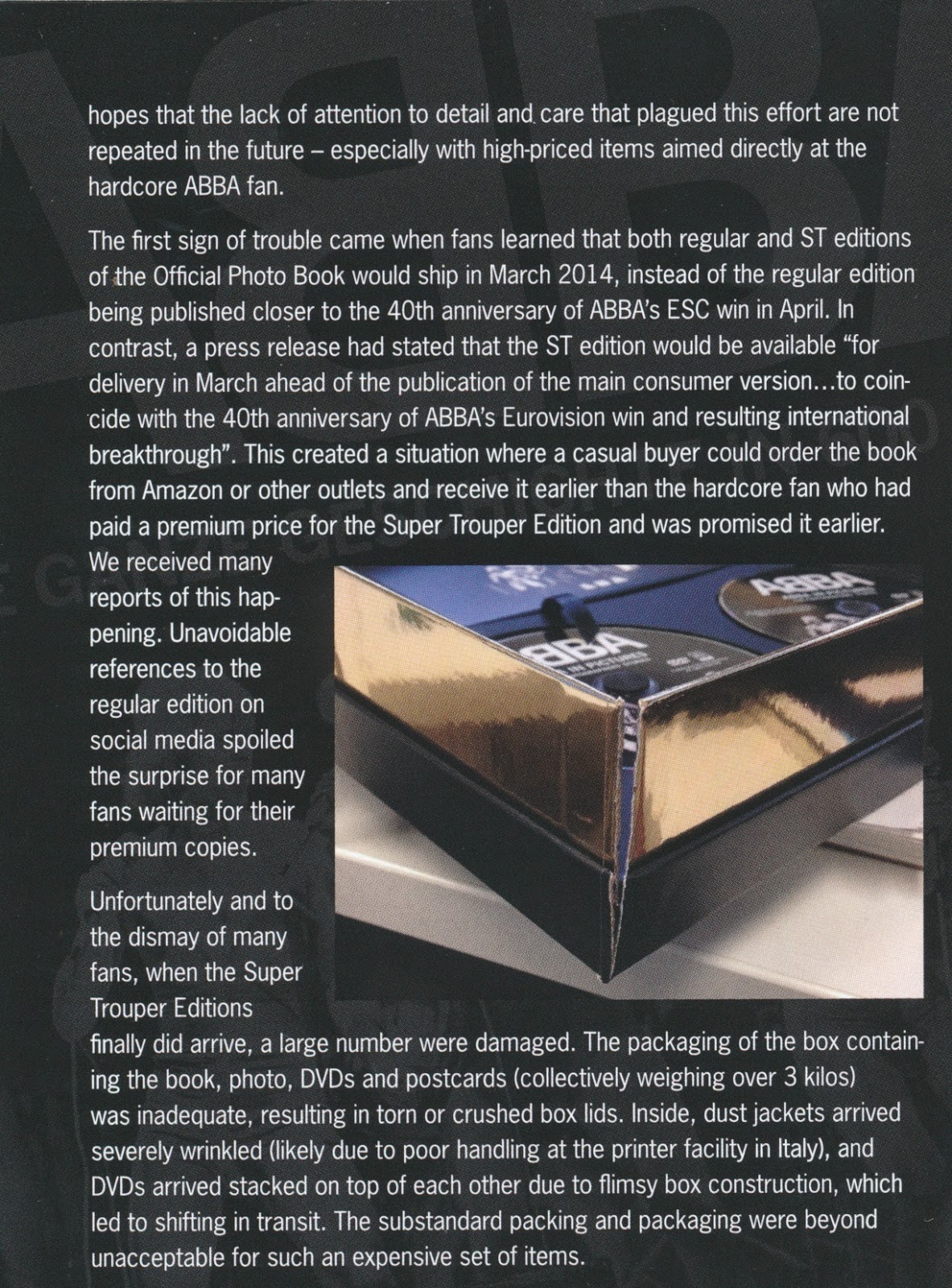 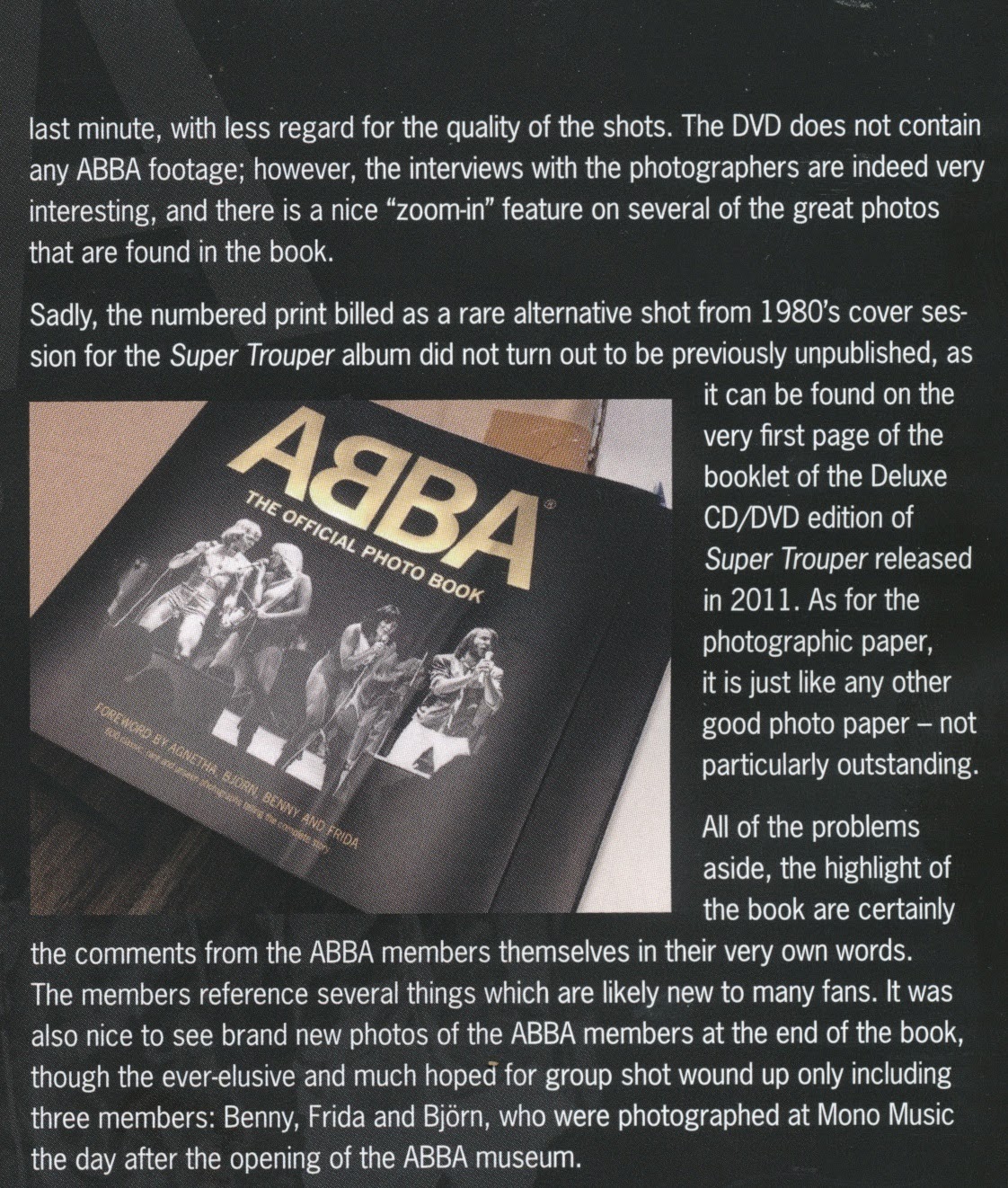 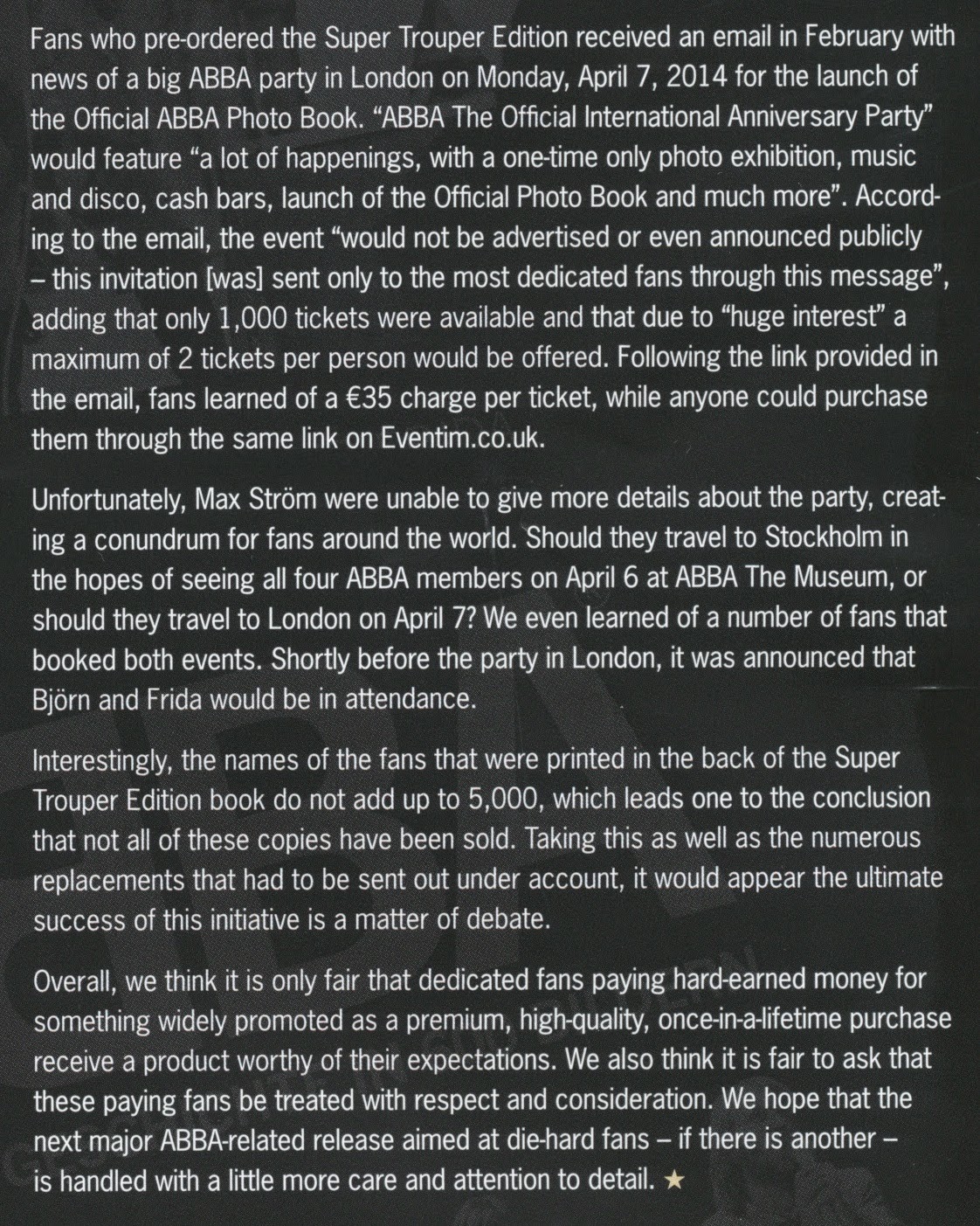 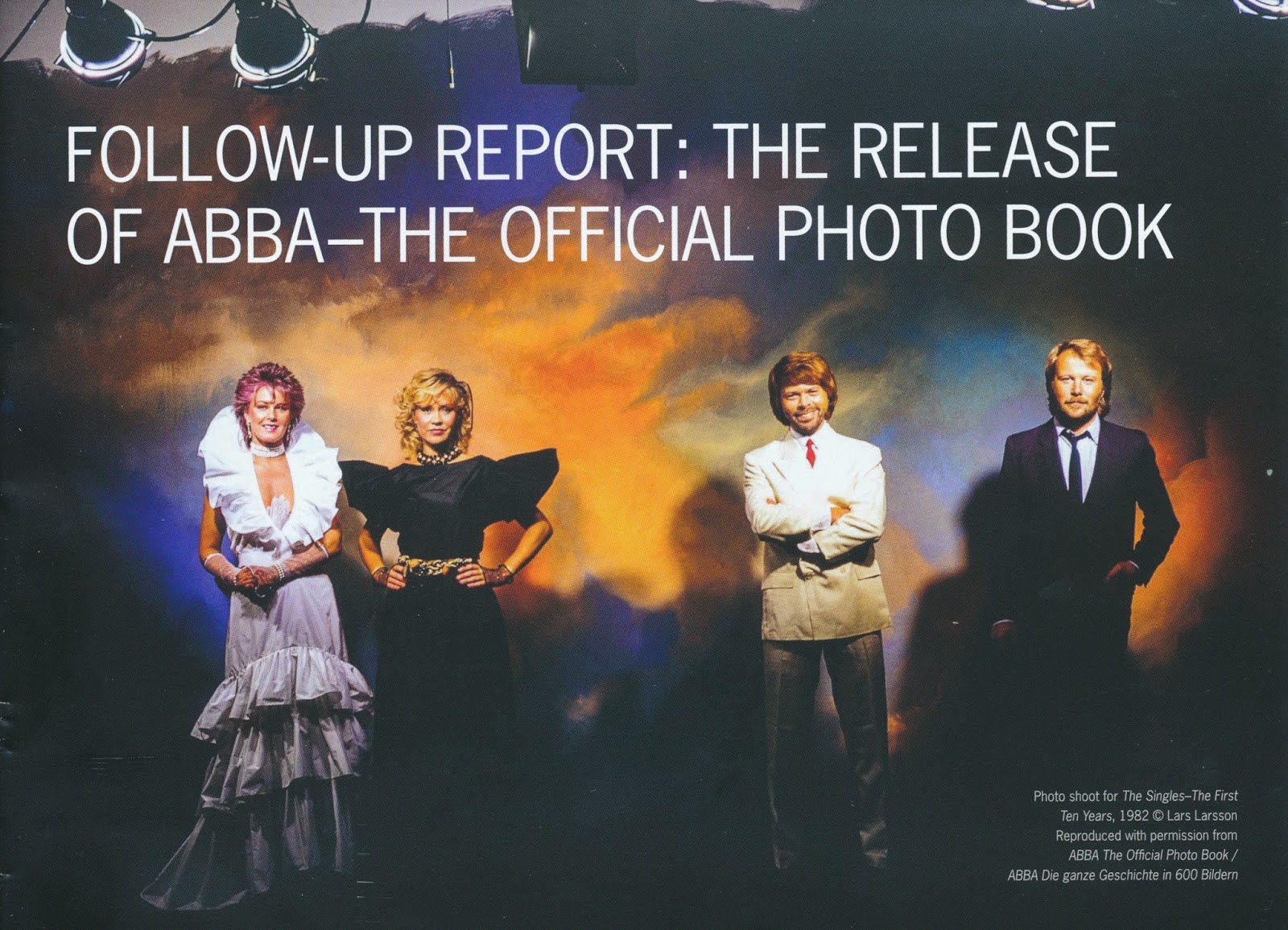