This year marks the 40th Anniversary of ABBA's victory in the Eurovision Song Contest with Waterloo - the start of their career as one of the biggest pop bands of all time. Polar Music International celebrates the anniversary with several releases: one of the most exclusive is the box set ABBA The Singles.

ABBA The Singles features 40 vinyl singles released 1972-1982, the period when ABBA existed as a group. Out of these, 31 are the singles planned and conceived by ABBA's Swedish record company, Polar Music, and issued in Sweden and/or the rest of Scandinavia: from the debut People Need Love, through legendary hits such as Mamma Mia, Dancing Queen, Knowing Me, Knowing You, Take A Chance On Me, Chiquitita and The Winner Takes It All, to the final single, Under Attack. The remaining 9 singles were only released by ABBA's local record companies around the world.

Five of the additional singles are the German versions of Ring Ring and Waterloo, the French version of Waterloo, and the Spanish-language versions of Chiquitita and I Have A Dream (Spanish title: Estoy So ando). The West German single Honey, Honey / Ring Ring features a 1974 remix of Ring Ring, also featured as an A-side on singles in Great Britain and Australia. The remaining three selections are ABBA songs that have become very popular over the decades, yet were originally only released as singles in a few countries. They are the Portuguese 'Happy New Year' single; the UK 12-inch single 'Lay All Your Love On Me' - presented here in 7-inch format - and the Australian release of 'When All Is Said And Done'.

The sleeve and label of each single in the box set are exact replicas of the original issues. Only the 9 singles not originally released by Polar Music have been given new Polar labels, corresponding to the design used by Polar during the era when each single was released. The sleeves for these singles have also been slightly modified. ABBA The Singles is a unique chance to own the classic and, in several cases, rare ABBA singles, exactly as they looked way back when. This celebration of ABBA as unsurpassable hit makers is released as a strictly limited edition - don't miss out on the chance to own a box full of some of the best pop songs ever made! 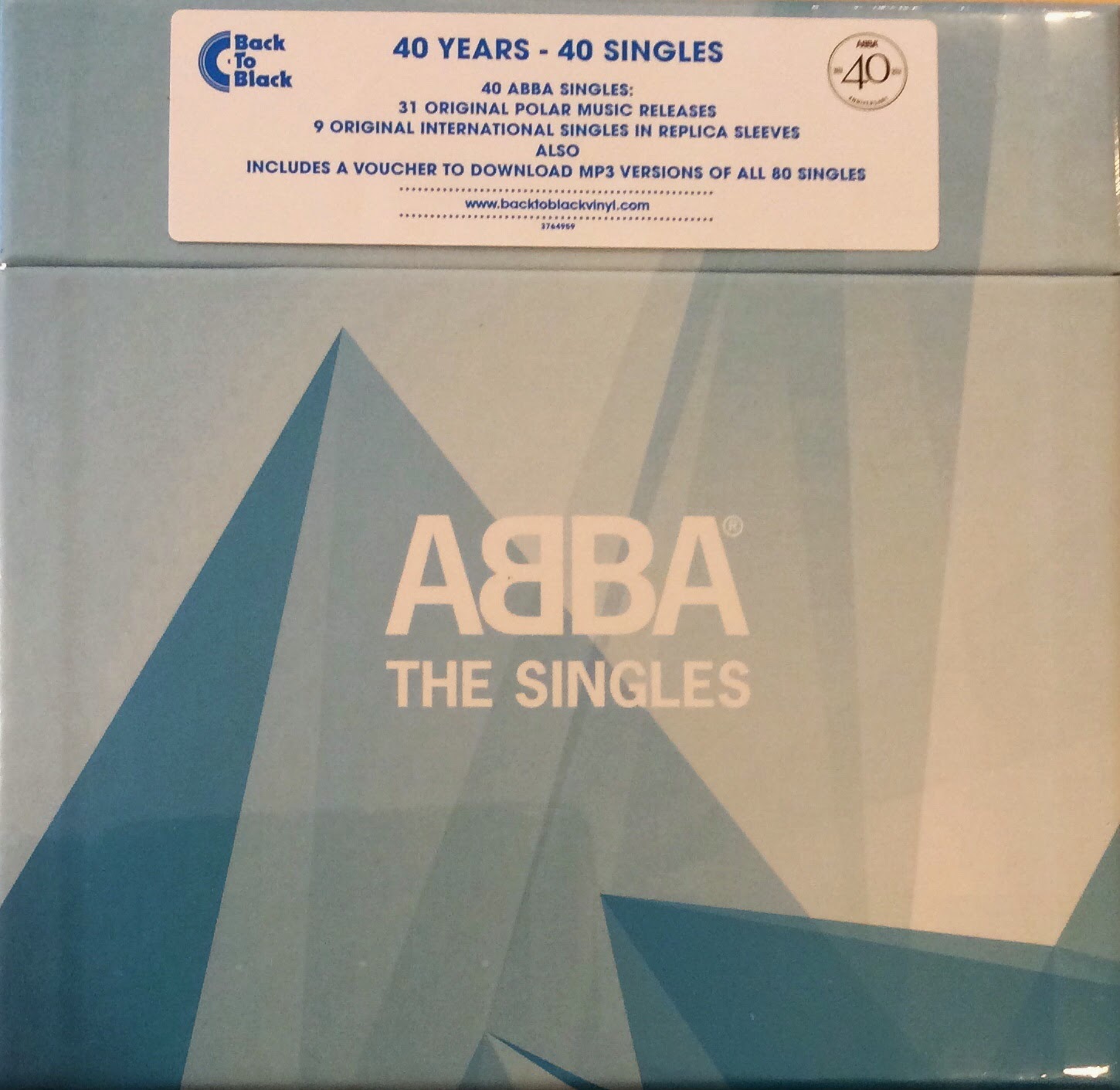 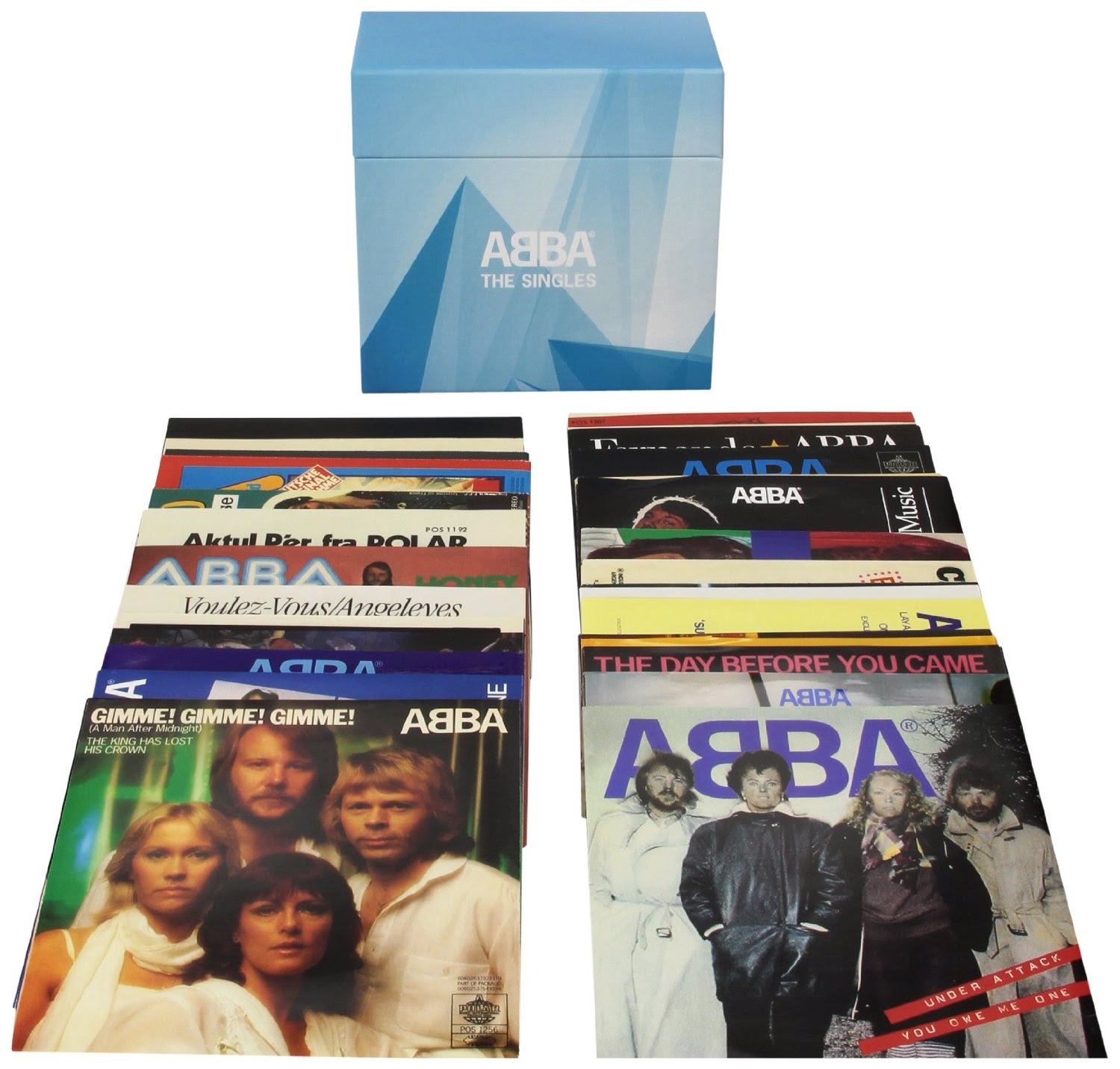 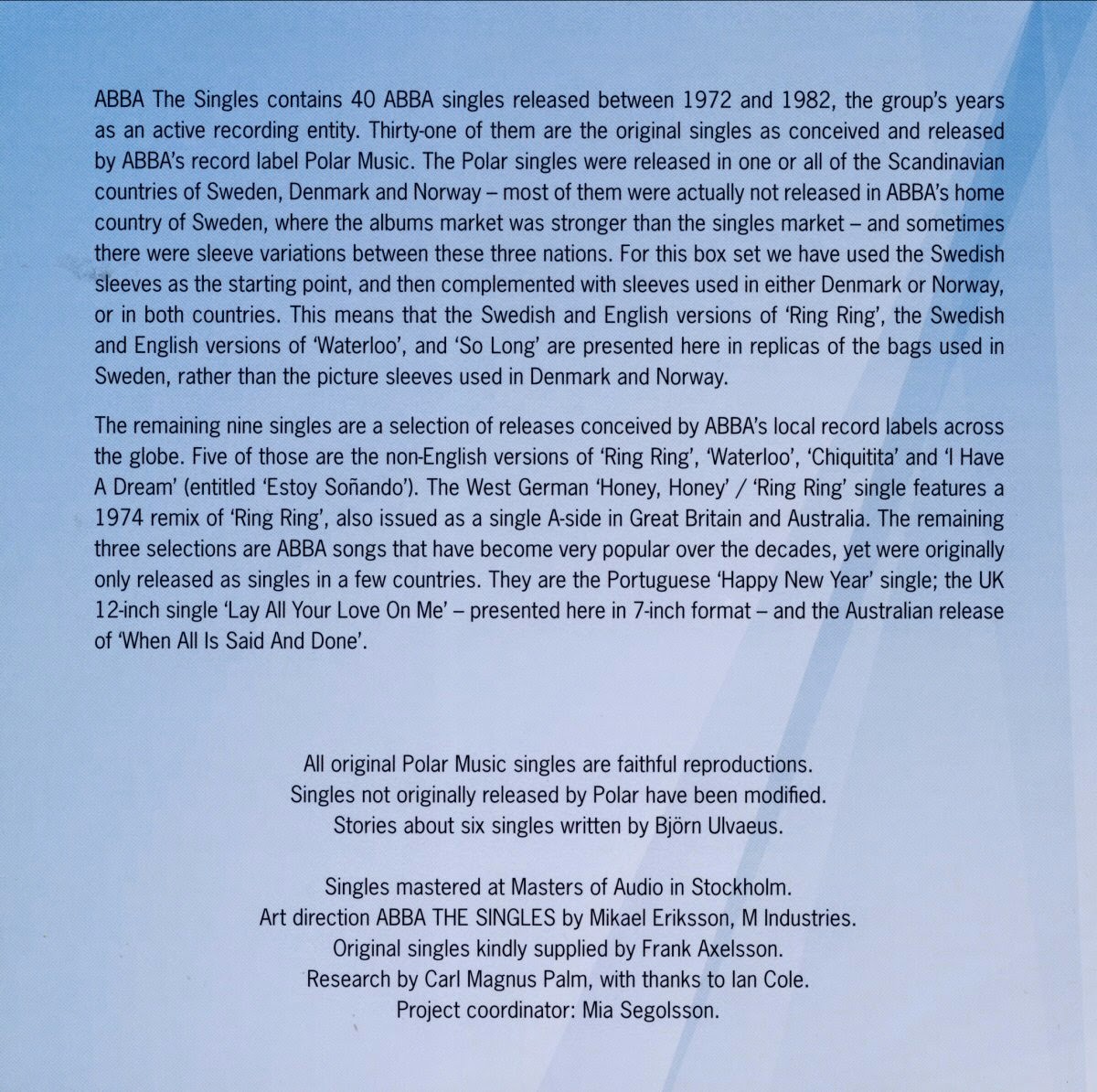