ABBA The Museum is proud to announce that Abba Gold will be released on 27th October 2014 in a unique collectors format as a steel box edition with magnetic lenticular cover. 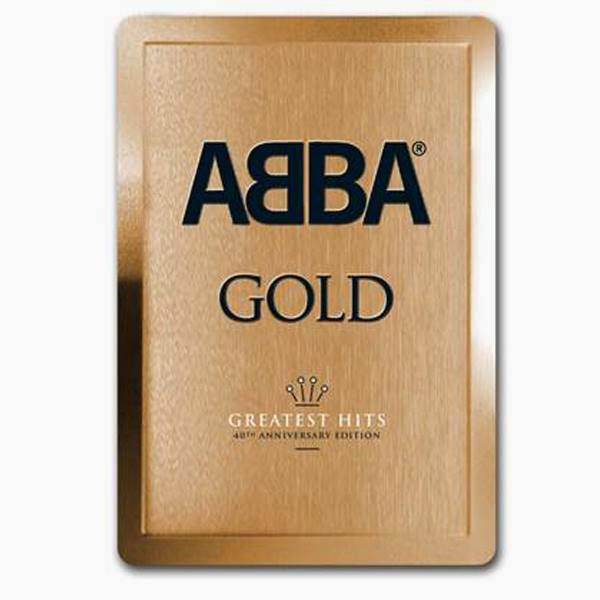 OVERVIEW:
In this 40th Anniversary year, it is difficult to imagine a time when the music of ABBA wasn’t a regular soundtrack to our everyday lives, but when the group split up in 1982 a 10 year hiatus was to follow. ABBA was almost banished from the airwaves and their albums were listed as out of print and disappeared from the shops.
We were convinced it was all over, says Benny Andersson today. "We figured on royalties coming in during 1983, maybe until 1984, but after that? No way."
"In the 1980s we were off the radar," says Björn Ulvaeus. "The general attitude was that ABBA was totally uncool. If, like me, you’ve got poor self-confidence, it was hard to not figure that’s it. It’s over."
As everyone knows now, they could not have been more wrong, when in 1992 the rebirth of ABBA’s music began in earnest. U2 included a cover of Dancing Queen on the Zoo TV Tour and when Nirvana played that year’s Reading Festival, Kurt Cobain personally requested ABBA cover band, Björn Again as their support. That same year scripts were being put together for two Australian movies: Priscilla, Queen of the Desert and Muriel’s Wedding, both featuring ABBA songs as an integral part of the plot.
The 1992 ABBA revival peaked when Erasure’s tribute EP, Abba-esque hit the top of the charts, rousing the record label Polygram to release the compilation album, ABBA Gold, with Dancing Queen as the opening track, at the end of 1992.
ABBA Gold has currently sold some 30 million copies around the world and in the UK last year, it overtook The Beatles’ Sgt. Pepper on the all-time best-seller list to reach Number Two (Number One is Queen’s Greatest Hits).