Why Were ABBA Recorded At The Royal Albert Hall In 1977 ? 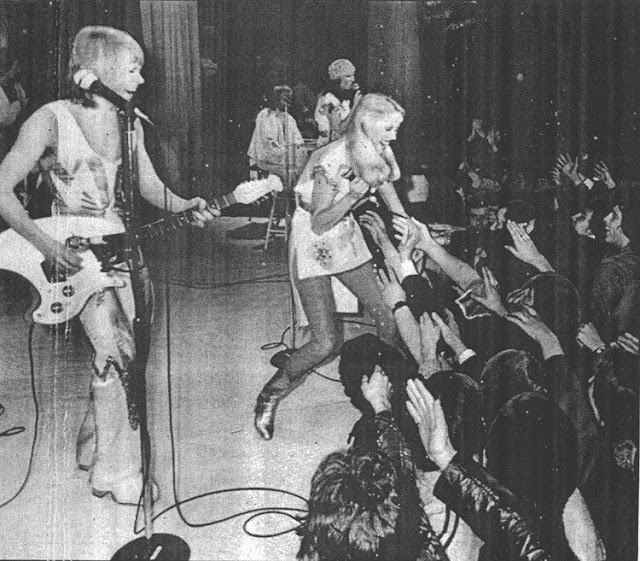 Great post from Carl Magnus Palm about research for the revised & expanded edition of his fabulous book 'ABBA - The Complete Recording Sessions'.

Check out details for the book here:

I pre-ordered my copy way back and cannot wait until it is completed - very exciting ! :)

"When wrong turns into right"

• Why were ABBA recorded at the Royal Albert Hall in 1977?

I've mentioned a number of times how I've long been itching to revise and update ABBA - The Complete Recording Sessions, and how good it feels to finally be able to do that. The main reason, of course, is to help us all know and understand more about how ABBA wrote and recorded their music, through listening to unreleased alternate mixes and so on. But almost as important is the opportunity to correct the errors and misconceptions of the original edition.

I was reminded of this the other day as I was revising the section about the recording made of one of ABBA's Royal Albert Hall concerts in February 1977. As far as I've been able to ascertain, no filming was made at this venue for inclusion in what was to become ABBA - The Movie, as stated in the original edition of the book (I don't quite remember where that information came from), since it had long since been decided to film ABBA's concerts in Australia in March. Nor, it seems, was the 24-track-recording made to serve as a soundtrack to such a film - it wasn't even commissioned by Polar but by... Furthermore, the recording as such was produced by... And the reason for the making the recording was probably... Well, those details, along with other corrected stories and innumerable brand new insights into ABBA's songs and recordings, will be revealed in the revised and updated edition of ABBA - The Complete Recording Sessions.

Support this exciting book project by pre-ordering your copy (which will be personally signed to you) here: