Abba's Agnetha comes out of retirement 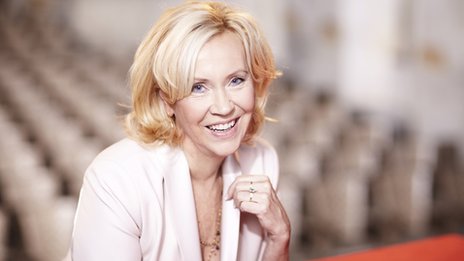 One of pop's most enigmatic voices has emerged with her first album in nine years. Agnetha Faltskog's new album sees her duet with Gary Barlow and collaborate with Britney Spears' Swedish songwriting team. Just don't call her "mysterious".


Forty-five years ago, before Abba were even a twinkle in Eurovision's eye, Agnetha Faltskog made her very first TV appearance.

Aged just 17, she performed Jag Var Sa Kar (I Was So In Love), a syrupy self-penned waltz, on Swedish TV show Studio 8.

The melancholy lyrics, inspired by her idol Connie Francis, were a stark contrast to the exuberant blonde singer, who "took the radio in my arms and danced around" when she first heard her single on the air.

Little did she know, misery would become her musical forte, especially when she teamed up with Benny, Bjorn and Anni-Frida to form Abba.

"I'm very earth-grounded and very normal, I just like to stay at home”


The songs on which Faltskog took lead vocals - Hasta Manana, The Name Of The Game, Chiquitita - were the band's biggest tear-jerkers.

On The Winner Takes It All, recorded as her marriage to Bjorn Ulvaeus fell apart, the emotion is almost too much to bear.

Faltskog is by turns defiant and broken. "I was in your arms, thinking I belonged there," she cries, as her husband merely shakes her hand and turns away.

Oddly, the singer calls it "her biggest favourite" from the band's back catalogue. "It's a shame we never got to play it live," she adds.

Since the band went their separate ways in 1982, the girl with golden hair has been the band's most elusive member. She largely shuns the limelight, living quietly on the secluded island of Ekero, west of Stockholm.

Perhaps because of those world-weary lyrics, she was portrayed as a frail recluse - the Greta Garbo of pop.

The revelation in 2000 that she had entered a relationship with an obsessed Dutch fan, 16 years her junior, who turned dangerous when she broke off the affair, only added to the perception that she was lonely and unhappy.

Today, she cannot talk about the relationship for legal reasons, but Faltskog says the media have the wrong impression of her private life.

"I have been described as a very mysterious human being and that hurts a little bit, because it's not like that at all," she says. 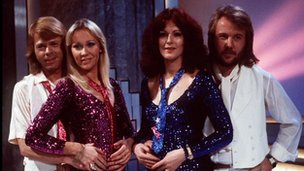 On the phone from Stockholm, she is neither awkward nor reticent, although she chooses her words carefully, sometimes with the aid of an interpreter.

Laughter peppers the conversation, and she denies any suggestion she's a hermit.

"I'm very earth-grounded and very normal," she says. "I just like to stay at home."

Fate came to her house 18 months ago, when Swedish producer Jorgen Elofsson rang the doorbell, hoping to to play Faltskog three songs he had written for her.

An internationally successful composer, his credits include Britney Spears' Crazy and Kelly Clarkson's Stronger (What Doesn't Kill You). His dream was to coax Faltskog out of a nine-year hiatus and back into the studio.

"It was flattering," says the singer. "It really was."

"I just couldn't say 'no'. I really loved the songs from the beginning."

But before Faltskog would enter the studio, she had some conditions.

"I said from the beginning, 'if it sounds old I don't want to do this, because... Why should I?'"

Listening to the album, simply titled 'A', it is clear that Faltskog's vocal cords are in fine shape. 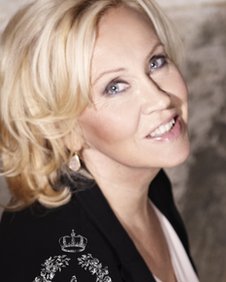 Elofsson, for his part, has ditched the upfront production of his teen pop hits for a sound Faltskog calls "very mature and worthy".

"When you love someone, and you've lost that one, then nothing really matters," sighs Faltskog on the first single, When You Really Love Someone.

On the closing track, the singer scatters photos of an old lover across her bedroom floor and wonders what happened to their relationship.

Ripe with bittersweet emotion, the song is her sole contribution as a composer. You wonder why she didn't write more.

Faltskog says she simply fell out of practice.

"During the Abba years the boys were writing nearly all the material and I didn't have any time. They asked me a lot - but when we were at home, I just wanted to be with my children.

"For this album, we had an idea that maybe I should try to write one song. I didn't want to do more. I'm not that composer that composes every day. But it was very exciting to see if it still worked - and it did!"

The album doesn't reinvent the pop wheel, but is tasteful and sumptuous, rarely raising its tempo above "mid".

One exception is Dance Your Pain Away, where disco strings stab at a gymnastic bassline, apparently summoned from the dusty off-cuts of Abba's Voulez Vous.

Another stand-out is I Should Have Followed You Home, where Faltskog trades lines with Gary Barlow.

"We haven't even met," Faltskog reveals. "I spoke to him once on the phone - but I was on holiday when he did his singing."

She hopes to meet Barlow on a forthcoming promotional trip to the UK, but says there are currently "no plans" for them to perform the song together live.

Faltskog's trip to the UK may come as a surprise to some seasoned Abba-watchers. During the band's heyday, she had a rule that she would never leave home for more than two weeks at a time, so she wouldn't be separated from her children (both born in the midst of Abbamania).

A nervous flyer, she arranged to travel separately from Ulvaeus for the sake of the children, in case anything should happen to either of them in mid-air. 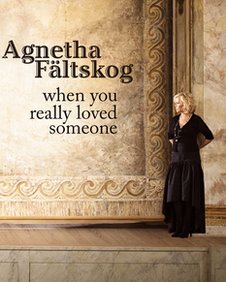 Agnetha Faltskog says an Abba reunion is unlikely ever to happen

Then, towards the end of Abba's 1979 US tour, the band had a quick turnaround between gigs in New York and Boston.

Faltskog boarded a chartered jet, which previously belonged to millionaire aviator Howard Hughes, and flew straight into the middle of a tornado which forced Boston's airfield to close.

Running out of fuel, in a pitch black sky, the pilot performed an emergency landing in Manchester, New Hampshire. The first attempt was aborted at the last minute, pulling up just before the wheels hit the runway. Fortunately, the plane touched down on the second try.

Since then, she has largely avoided flying - even coming to the UK "by bus once" for a promotional trip.

"But nowadays I have started to fly again," she says. "I have gone to a man - a therapist - who taught me to think in another way, a very positive way. It works. It helps, at least."

The 62-year-old says she's looking forward to coming back to the UK, and speaks fondly of Abba's seven-day residency in London's Wembley Arena in 1979.

"People's reaction was fantastic on Dancing Queen," she says. "And otherwise, it was very nice with Thank You For The Music."

She enjoys the memories of Abba, and has donated costumes and memorabilia to the Abba Museum which will open in Sweden in May ("it is very strange to have a museum in your honour!"), but cannot see the band reforming.

"It was such a long time ago, and we are getting older, and we have our different lives," she says.

For now, she is concentrating on the new record - one she thought she might never make, and one which could be her last.

"I think to look in the future, to plan another one, it's not realistic right now. But I don't close any doors. I'm very open for what comes up. At the moment, we are so happy with this one. I really hope people will like it as much as we do."

Agnetha's single When You Really Love Someone is out now. Her album, A, follows later this year.
Posted by Roxanne Dickson