by Paul Cashmere on March 9, 2013
Abba star Agnetha Faltskog is about to return with her first new song in eight years. A sample of the song has surfaced online. 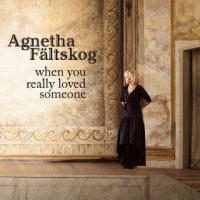 ‘When You Really Loved Someone’ was written by Jorgen Elofsson, who also wrote ‘What Doesn’t Kill You (Stronger)’ for Kelly Clarkson, ‘You Drive Me Crazy’ for Britney Spears and Guy Sebastian’s first single ‘Angels Bought Me Here’.
Agnetha’s last album was ‘My Colouring Book’ in 2004. Her last Abba album was ‘The Visitors’ in 1981.

Universal Music is yet to confirm a release date for the album although a 30 second sample of ‘When You Really Loved Someone’ has surfaced on Allmusic.com.
You can listen to a sample of the song at Allmusic.com.
Noise11.com contacted Universal and was told that the album was on their schedule for a TBA (to be announced) release date but that it has since been removed. It is currently unknown at this stage why the album has been taken off Universal’s upcoming release schedule or when it will resurface.