Stockholm Museum Thanks ABBA For The Music 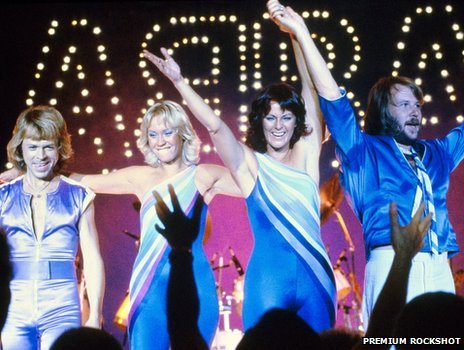 This photo of Abba on stage in 1979 will be on display at the museum
The first permanent exhibition to celebrate Sweden's most successful band will open to the public in May. The BBC's Maddy Savage was given an exclusive preview of Abba The Museum.
From the moment you touch down at Stockholm's Arlanda airport, you get a taste of the impact the museum is hoping to make.
There are banners advertising its launch, a giant TV blaring out clips of Abba videos, and a revolving glass cabinet featuring replicas of the glittering costumes worn by the band as they shot to fame in the Eurovision Song Contest in 1974.

Forty kilometres (25 miles) away, the museum site on the island of Djurgarden in eastern Stockholm is still packed with builders and technicians wearing yellow hats and jackets.

But they are well on track for the venue's launch and are completing what should become a star attraction within the exhibition.


"We are entering the place where each and every visitor can, for a brief moment, become the fifth member of Abba," says the museum's managing director, Mattias Hansson, as he guides us into a bright white room containing a small white platform.

The sounds of drilling and hammering echo around the building.

"It might not look like much now!" he shouts above the noise. "But in a few weeks the band will appear on that stage as life-size holograms and you can dance and sing up there with them!"

Each fan will be able to view their performance online and upload it to social networking sites to share with friends and family.

They will also have the chance to virtually try on Abba's trademark sparkly dresses and flared trousers with the help of green screen technology.
'Looking back'
Abba has sold almost 400 million albums around the world and a film featuring their hits, Mamma Mia!, is the most successful musical movie of all time. Almost 50 million people have seen the stage version of the production.


Stockholm has long considered building a museum to celebrate its most popular music export, but the band was initially hesitant about the idea, with Bjorn Ulvaeus saying he did not want to become "a museum artefact before I'm dead".

Previous plans for a permanent exhibition in a disused customs warehouse in Stockholm harbour collapsed in 2008.

The new museum has the band's full support, with Ulvaeus offering daily direction to some of the 50 staff involved with the final preparations. He is busy promoting the project in Germany, where Abba has a loyal fan base.

"Bjorn told me that as time has passed, it is becoming easier to look back at those years, both the beautiful memories and also the hard times," says Mr Hansson.
'Coming home'
The museum's curator, Ingmarie Halling, is the band's former stylist and says her work remains an emotional experience.

"It is a scary feeling because it feels like I am doing a giant loop. In the 80s and 90s I had my children and worked in the film industry. So it is a bit strange to be back working with Abba, but at the same it is really fun to do this job and tell this story."

Ms Halling says she did not just want to "put labels on glass cabinets" and instead has combined her favourite Abba memorabilia to create sets where visitors can follow in the band's footsteps.

These include the group's song-writing cottage on the island of Viggso, where the group were inspired to write many of their hits, surrounded by seagulls and boats.

"Bjorn told me that when he heard Benny playing the piano in the morning, he knew that they would be composing that day!" smiles Ms Halling.

The hut is her favourite section of the museum, both because she has fond memories of midsummer parties with the band there and as a lifelong fan of Sweden's archipelagos.

Her other sets include the legendary Polar Music Studio, where the band recorded some of their biggest hits, and Edmonton Ice Hockey Arena, where they performed in 1979 as part of their final world tour.

"Visitors will come into the dressing room there and Abba have just left, so there are empty champagne glasses and you can hear that they are on stage," Ms Halling explains.

"It feels like coming home when I go into that room, even though it was 30-odd years ago!"

Ring Ring
Some of the exhibits were included in the Abbaworld show that toured Australia and parts of Europe between 2009 and 2011.


The band members have also donated clothes and memorabilia from their private collections.

Ring Ring, the group's first major hit in 1973, will be celebrated with the red telephone Agnetha Faltskog posed with in publicity shots. It has been connected to an outside line and only four people in the entire world know the phone number.

A sister exhibition, The Swedish Music Hall of Fame, is also being built on the same site.

There, visitors will be able to learn about the country's more recent global success stories including Roxette, Europe and Swedish House Mafia.

"Abba was a door-opener for so many other artists," Mr Hansson says.

"Before Abba, not so many record companies in the world were opening envelopes coming in with Swedish music, but after Abba they had to."

The museum is hoping to attract several hundred-thousand visitors in its first year, half of them foreigners.

Eva Camel from Visit Stockholm, the city's tourist board, believes the museum will become its most popular tourist destination.

By 2020 she hopes there will be 15 million commercial overnight stays a year in Stockholm - compared with around 11 million in 2012 - with the Abba museum "a very important piece in the plan to help reach that goal".
'Abba tourists'
Fans say the exhibition will provide a focal point where they can celebrate the group.

The Polar Music Studio was turned into a gym in 2006.

The Hotel Rival, which is owned by Benny Andersson from the band, is said to attract some so-called "Abba tourists", although on our visit its red-cushioned chairs appear to be full of Swedes holding business meetings.

"I think it is great that we will finally have a place to remember the band in their home city," says Stockholmer Micke Bayart, 45, in the hotel's cafe.

He used to run an Abba fan group and has written a book about his experiences following the band.

"There is a large hype about the museum, but I have to say I think it is mostly outside Sweden," he adds. "For example I spoke to a friend who runs a club in Germany and she has just had so many requests about when it opens and how people should get there."

He argues that Swedes have, at times, been too modest or even embarrassed about the band's success and he hopes the museum will also help revive national interest in the group.

"Everybody was very tired of Abba in the 80s and it was a really bad time to be an Abba fan. But then Abba Gold broke, and then Mamma Mia!, and the outside world once again showed Sweden how big Abba really was. So I think it is high time for a museum like this."

His comments are endorsed by 29-year-old Karl Batterbee, from Drogheda in Ireland, who recently relocated to Stockholm, where he runs a website dedicated to Scandinavian chart music.


As a teenager in the 1990s he became "pretty much hooked" on Abba after discovering their compilation album Abba Gold.

"The songs just have amazing melodies and there is something timeless about the music, which still inspires a lot of commercial Scandinavian pop today, even if people don't realise it."

He hopes to get "totally immersed" in the museum. "Because I wasn't there the first time round and I do wonder about the lifestyle and the people behind the music."

Certainly not all his contemporaries share his enthusiasm. Another customer at the cafe, Steinar Aspoy, 32, says he is tired of Abba being so iconic.

"When I was travelling a few years back, everyone was like 'oh you're Swedish, like Abba!' and I got fed up because they are really not the best thing about Sweden! I just hope that the Swedish Hall of Fame part of the museum shows off the great indie bands like First Aid Kit that have also emerged from here."

Mr Batterbee says "the Swedes have a strange relationship with Abba, because they were never as big here as they were abroad". But he adds that when he DJs in bars, "rarely a night goes by when I don't get a request for an Abba track... you can tell there's a genuine fondness there".
Reunited?
Abba have not performed together in public since 1986, and last appeared as a group in 2008 to attend the Swedish premiere of the Mamma Mia! film.

Organisers say they are unsure whether the band will reunite again to attend the museum's official opening in May.

Agnetha Faltskog is busy promoting her first album in nine years around Europe, and Frida Lyngstad now lives in Mallorca.

"The visitors and the whole crew behind the museum - everyone - wants them to come. But they have their own agendas and they are really busy," says Ms Halling.

"I know they will turn up sooner or later, though, because they want to see what we have done with their legacy." 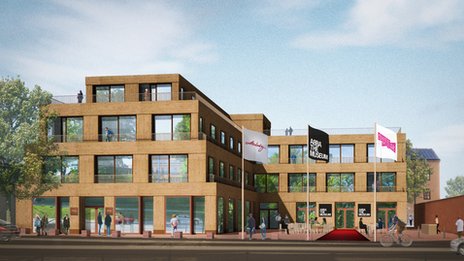 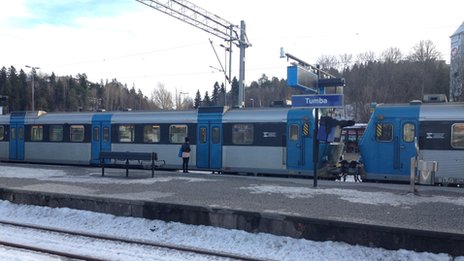 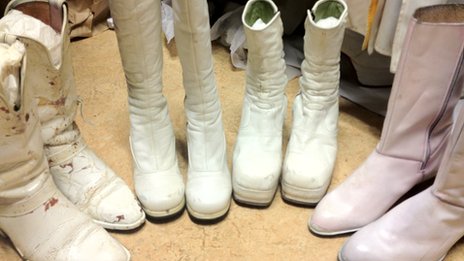 Many of the band’s boots were handpainted and are being stored in a cool, dark room before they are moved into the exhibition 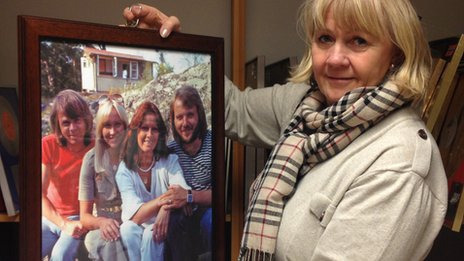 Museum curator Ingmarie Halling used to be the band’s stylist. She has fond memories of visiting the island of Viggso, where Benny and Bjorn wrote many of their songs and is recreating their cabin for one of the exhibits 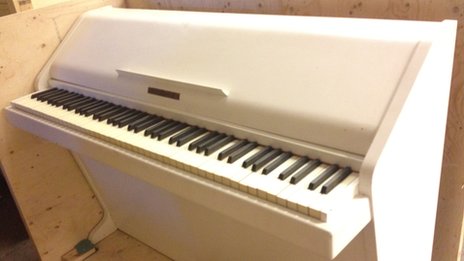 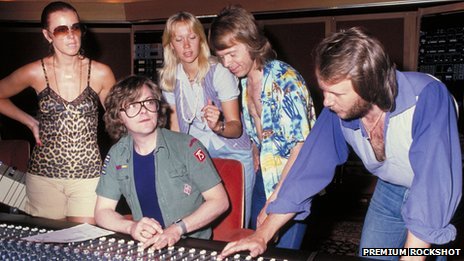 The band at Polar Music Studio, which is being recreated for one of the museum’s exhibits
The museum will give an insight into the band’s three world tours. This is Agnetha and Frida in a private jet in 1979 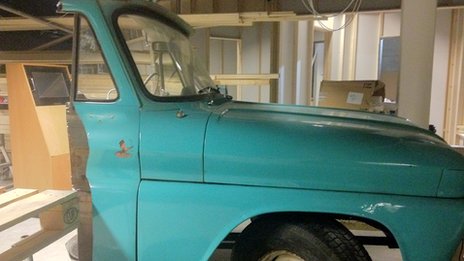 This is a replica of a car used by Benny Andersson during his time in his previous band, The Hepstars. The museum will look at all the band members’ lives before they joined Abba. 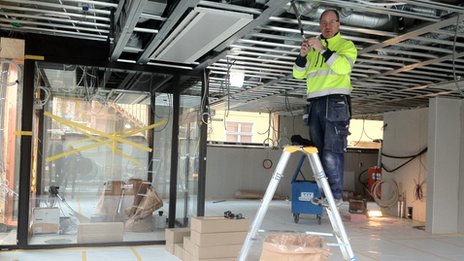 With just six weeks to go, there is still work to do to ensure the museum is finished on time 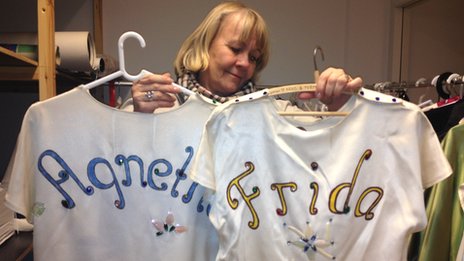 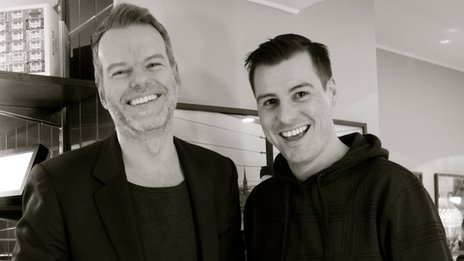