Benny and Björn at ‘Hjælp Søges’ Premiere In Copenhagen

On Sunday 12 April, Benny Andersson, Björn Ulvaeus, Kristina Lugn and Lars Rudolfsson were in Copenhagen for the premiere of Hjælp søges, the Danish production of their 2013 Swedish hit musical comedy Hjälp sökes.
The production is being staged at Østre Gasværk Teater, a Victorian gasometer, which was converted in 1979 into a unique theatre space by Danish actor and theatre manager Morten Grunwald.
Outside the theatre, crowds of fans and members of the press jostled for position along the red carpet in anticipation of Benny and Björn’s arrival. They were not disappointed. Accompanied by their wives, Mona Nörklit and Lena Kallersjö, Benny and Björn appeared well ahead of the performance and spent a considerable time signing autographs and posing for photographs.
Once inside, the audience was instantly transported into the yard of a traditional Danish smallholding, complete with thatched roofed barns, picket fencing, trees, sawdust and all the smells of the farmyard!

The show’s format and running order remain unchanged from the Stockholm production. However, the original Swedish script and lyrics have been translated into Danish by author Pia Tafdrup and singer Anne Linnet.
Speaking before the premiere, Kristina Lugn told icethesite that she thought her words worked equally well in Danish as in Swedish and that therefore the dialogue had required only very minor changes.
“They have the same use of language and a similar sense of humour,” she explained. “Well, I hope they do anyway,” she said. “But maybe they don’t! I think we are about to find out,” she laughed.
Hjælp søges features a cast of just four actors, Jesper Asholt (Axel), Jesper Lohmann (Engelbrekt), Sara Viktoria (Hillevi) and animal trainer Suzanne Berdino (Moderen), who share the stage with seventeen animals, including Duglas the horse, two giant cows, pigs Flora and Kira, Kallerman the goat, three dogs, geese and chicken. They are supported by a five-piece orchestra who play on a platform built high above the set.
Sunday’s premiere went without a hitch and the cast were rewarded with a rapturous standing ovation. When Benny, Björn, Kristina and Lars joined the line up for the finale the audience whooped and cheered with delight.
In Sweden, Hjälp sökes received glowing reviews from the critics and so far, the Danish media are in agreement. One newspaper described the cast as “perfect” and the music as “charming”, while another awarded the production a 5/5 star rating.
Hjælp søges is scheduled to run at Østre Gasværk Teater until 7 June 2015 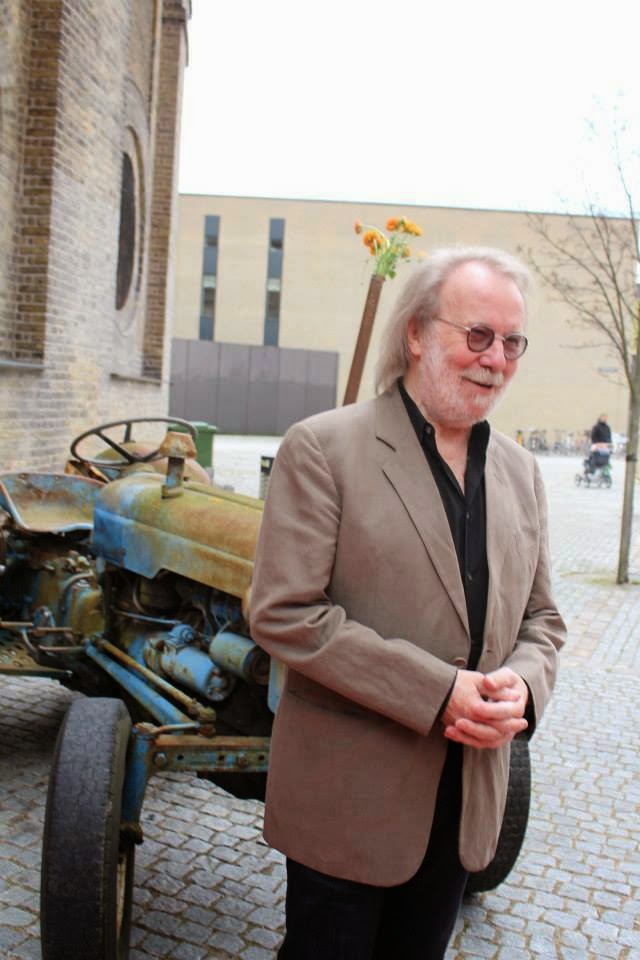 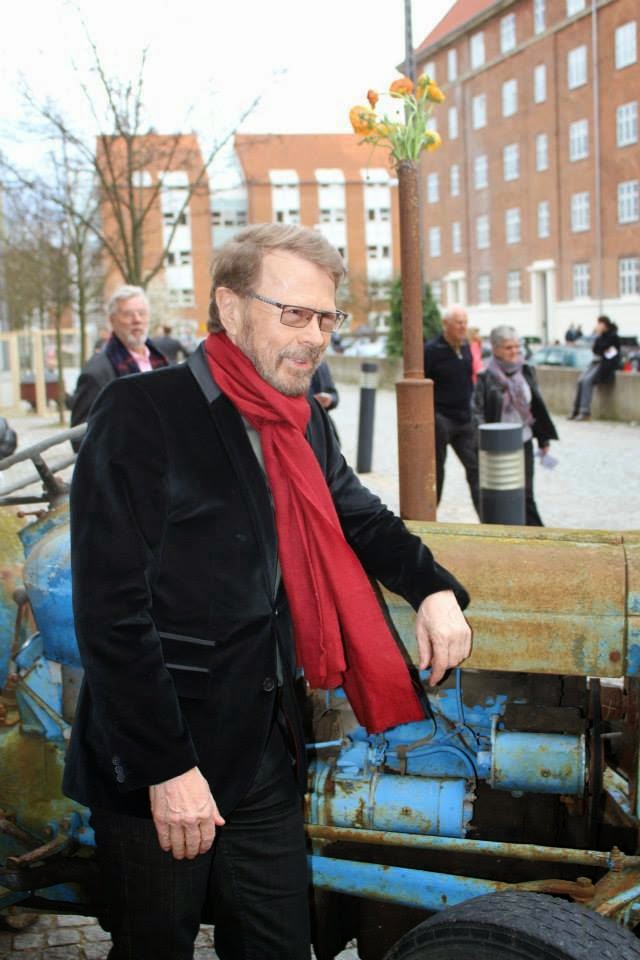 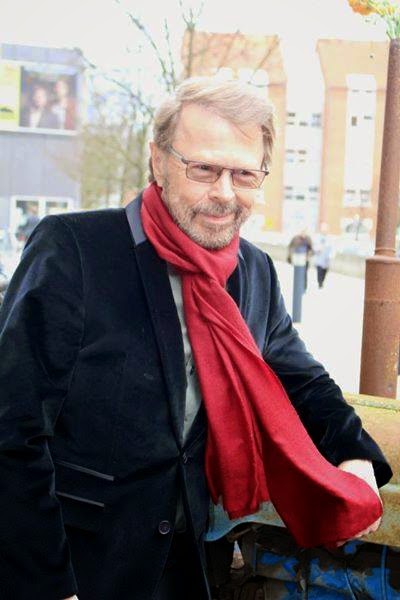 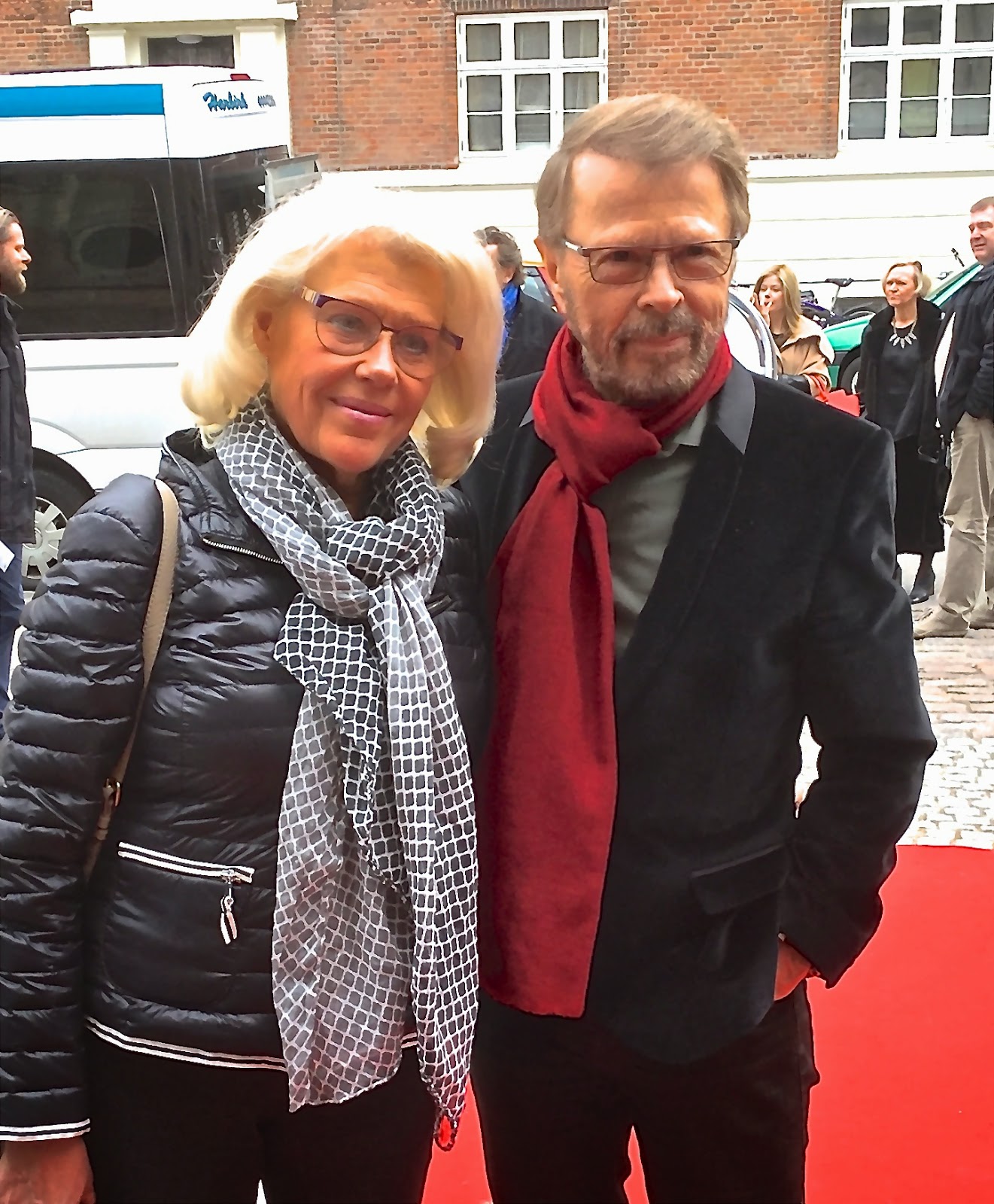 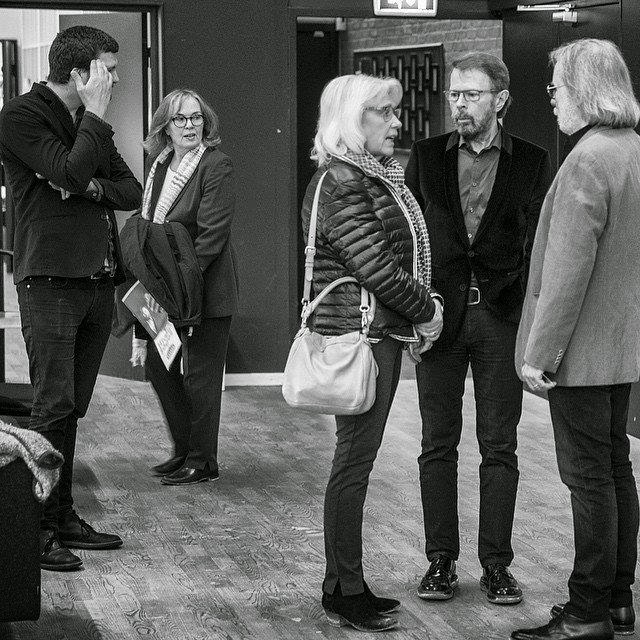 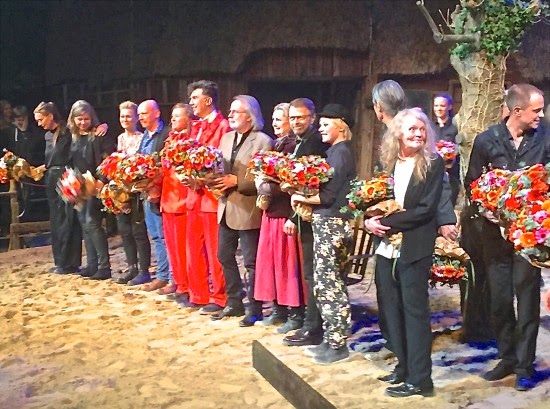 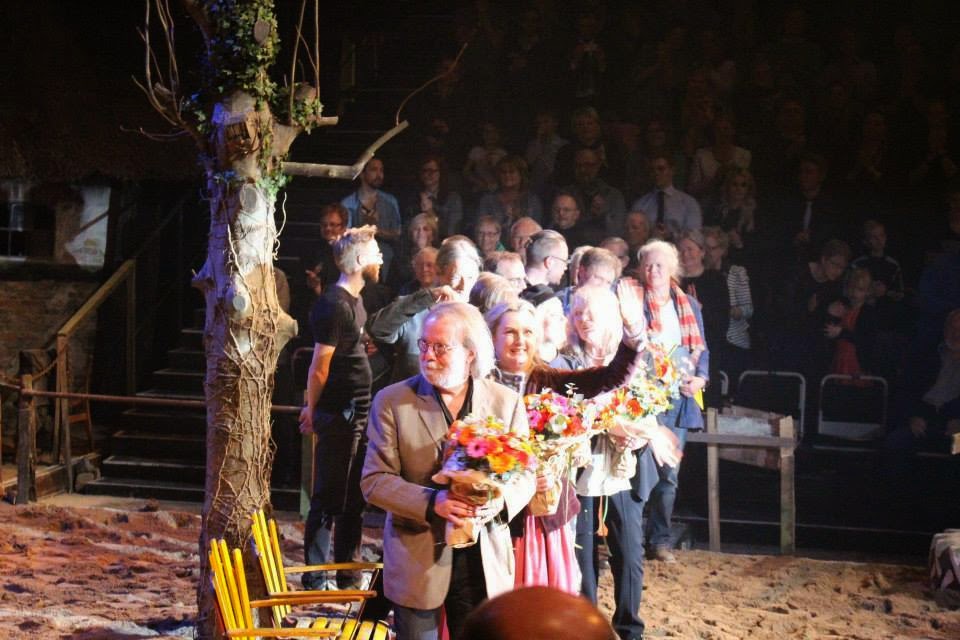 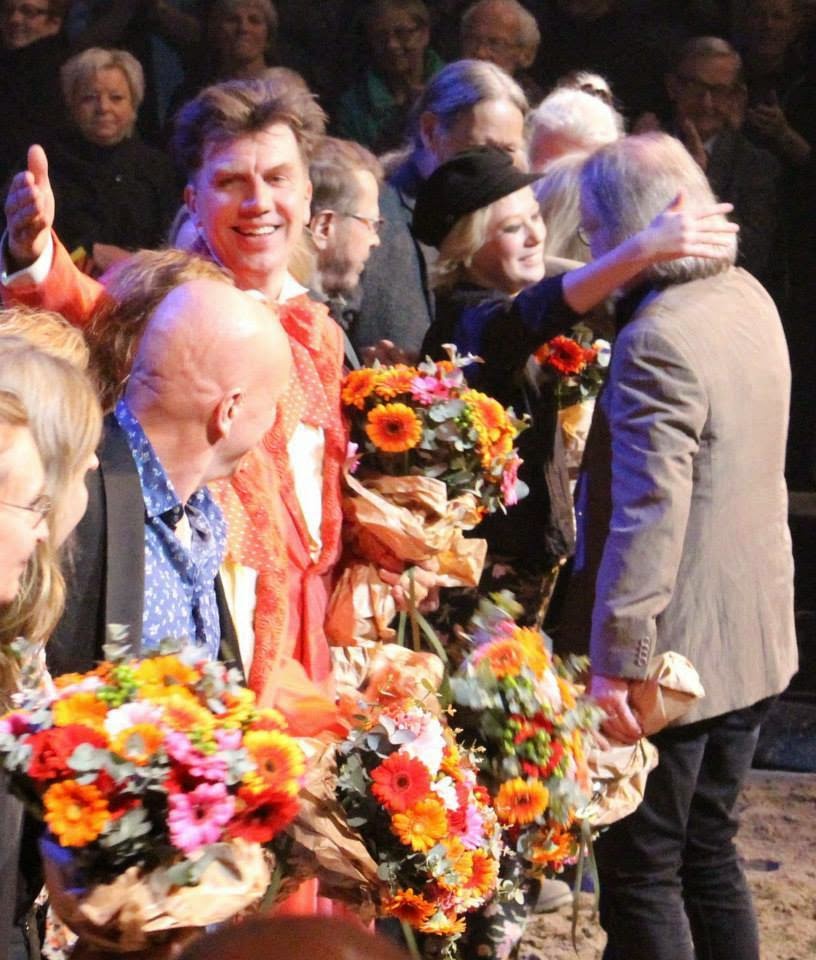 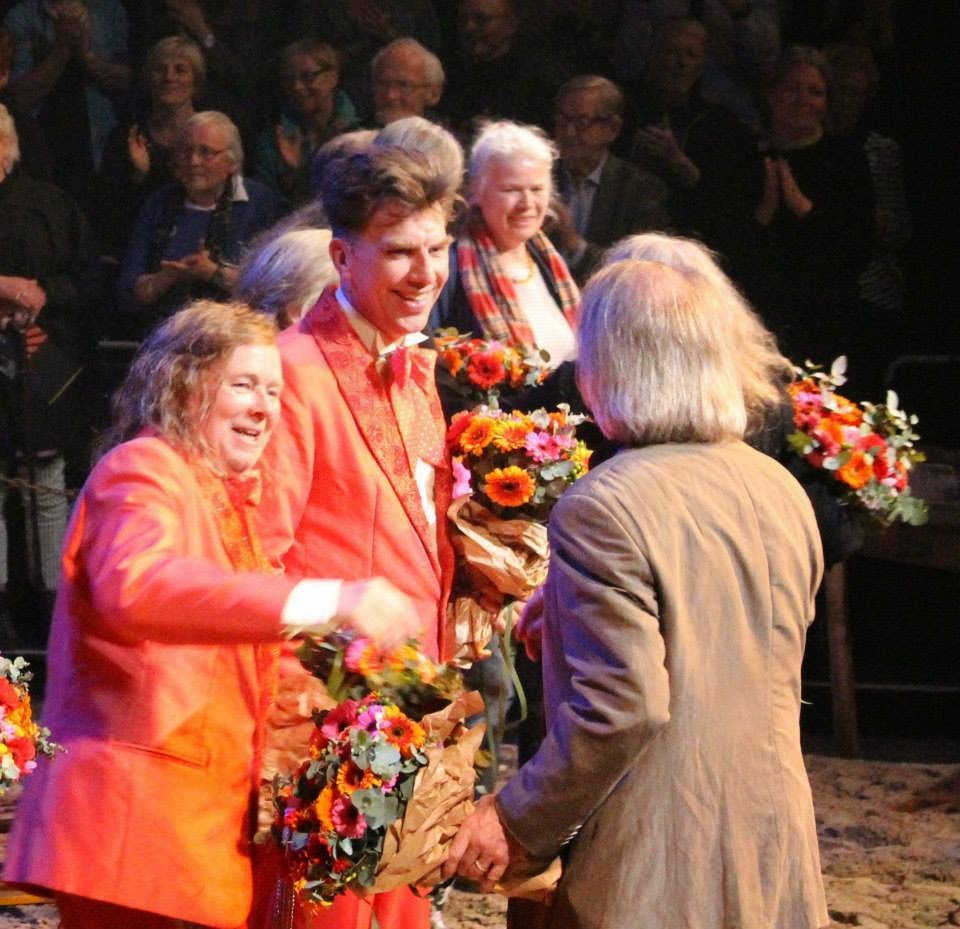 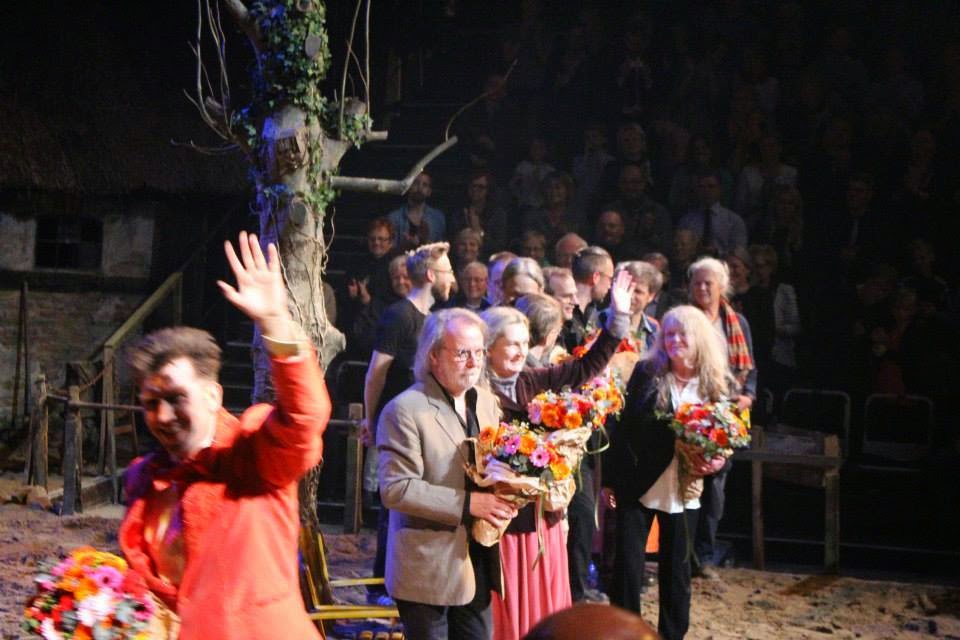 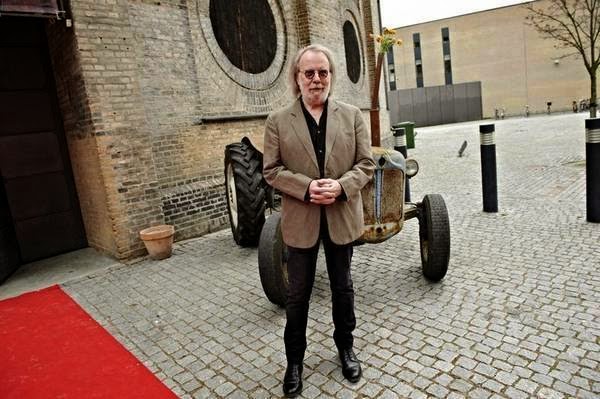 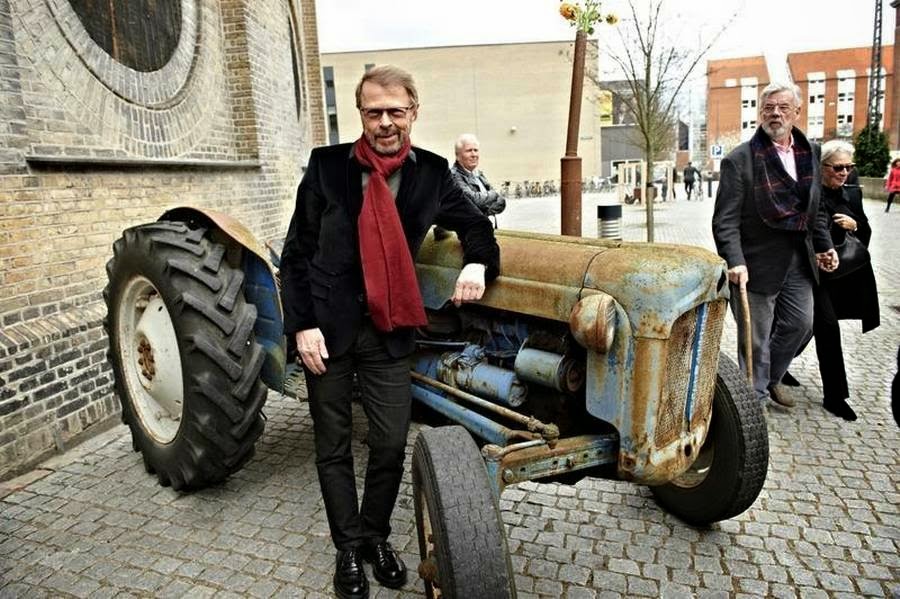 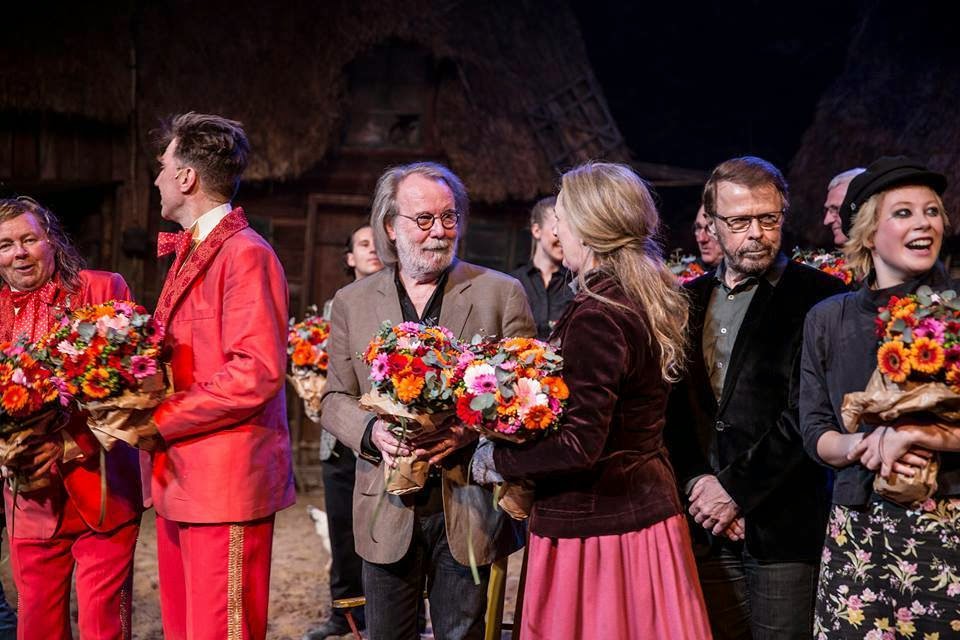