The ABBA Grand Piano To Be Auctioned !!


““The Bolin Grand, one of a kind and a great source of inspiration while working in the recording studio during the ABBA sessions!”” 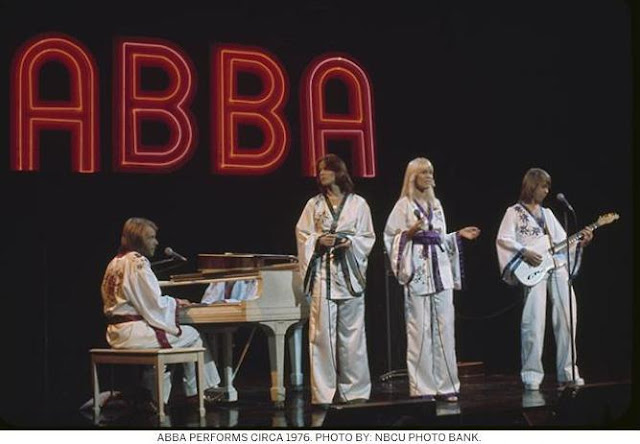 LONDON - It may come as a surprise to many that the iconic piano that has featured in such timeless ABBA pop classics as “Mamma Mia,” “Waterloo,” “Money, Money, Money,” and “Dancing Queen” was actually built for the great American jazz pianist and composer Bill Evans. The instrument’s creator, innovative Swedish designer Georg Bolin, was originally a cabinetmaker before becoming a celebrated guitar and piano craftsman. The Bolin Grand Piano, as it was called, was arguably one of his most inventive designs. A 1964 New York Times article refereed to Bill Evans’ “Space-Age piano,” and noted, “the new piano represents Mr. Bolin’s ultimate desire – to produce an instrument that gives the pianist the sensation of playing ‘directly on the strings’ as a guitarist would.”

In 1967 the piano was purchased by Metronome Studios (now Atlantis Grammofon) in Stockholm. At the recording studio, at that point the only professional recording studio of its size in Stockholm, the instrument came to the attention of Benny Andersson of ABBA. It soon became known as “The ABBA Grand Piano” and featured on virtually all of their recordings in the period 1973-77. The piano was showcased on ABBA’s first five studio releases, placing it at the centre of the musical output of one of the most commercially successful acts in the history of popular music. ABBA are estimated to be one of the best-selling music artists of all time, second only to The Beatles. It is rare for any ABBA-related material to be sold and this is the first major ABBA piece to be offered at auction. 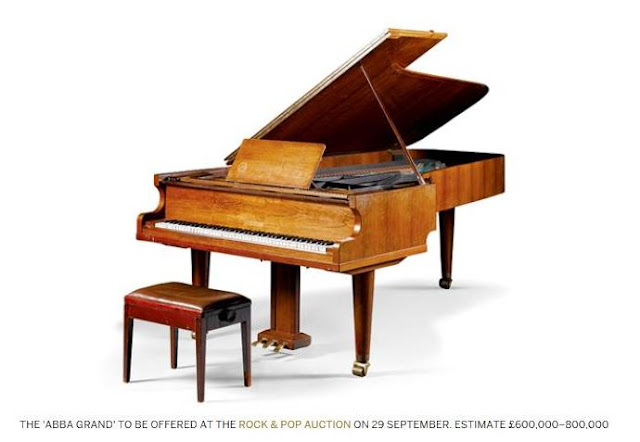 
ABBA's Dancing Queen piano to go under the hammer in London

he piano used to play the glissando that kicks off ABBA's disco hit 'Dancing Queen' will be one of the star attractions at a rock and pop auction at Sotheby's next month where it is expected to sell for up to $US1.24 million.
The instrument comes with a certificate of authentication from ABBA co-founder Benny Andersson, who describes it as "one of a kind and a great source of inspiration".
It was designed by Swedish instrument-maker Georg Bolin and comes from the collection of Atlantis Grammofon, formerly known as Metronome Studios, in Stockholm where ABBA recorded the song released in 1976, Sotheby's said on Thursday.

Bolin's piano was built for the American jazz pianist and composer Bill Evans, who died in 1980. It was described in the New York Times in 1964 as a "Space-Age piano" that "gives the pianist the sensation of playing 'directly on the strings' as a guitarist would," Sotheby's said.

"The piano itself is an instrument of real importance and with the added ABBA provenance we expect it will have worldwide appeal," Philip Errington, Sotheby's Specialist in Books and Manuscripts, said in a statement. The London sale is scheduled for Sept 29.
Sotheby's said John Lennon's Steinway upright piano, on which he composed "Imagine", sold for 1.67 million pounds in 2000 while the upright piano in Rick's Cafe in the movie "Casablanca" sold for $3.4 million in 2014.