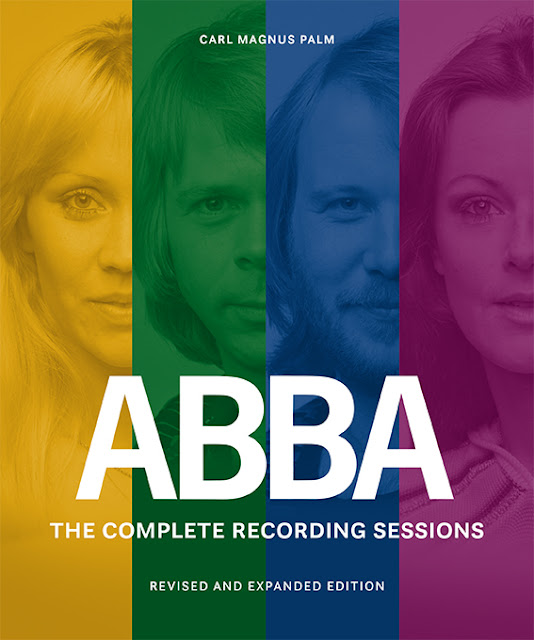 After an extremely successful Crowd Funding campaign in April 2015, much research, work and effort by Carl - and much anticipation from fans around the world, this fabulous book is soon to be launched !

The Official book launch will take place on 8 April in London with books expected to be shipped to buyers on 31 March 2017 - so we may all have them in time for the launch :)

If you haven't already pre-ordered this book, be aware that it will not be available in stores to buy later.
You can still order your copy here though as well as buy tickets to the Book Launch event:

The book launch sounds like a fabulous event - wish I could be there !
Some of the event details:

The world's foremost ABBA historian and consultant to Polar Music, Carl Magnus Palm, will celebrate the publication of his new book ‘ABBA - The Complete Recording Sessions’ in a unique event hosted in Hammersmith, London.

★ Carl Magnus will travel from Stockholm to take you behind the scenes of the Polar Music archives where all of ABBA’s recordings - published and unreleased - are stored;

★ Maria Nicholas, the book’s designer, will travel from New York to present the process of bringing the book to life;

★ By special permission of Benny Andersson and Björn Ulvaeus, a professional pianist and two vocalists will perform unreleased melodies and/or lyrics which were recorded by ABBA and exist only in the Polar Music archives;

★ Signed copies of the book will ship on 31st March 2017, but attendees may choose to collect their copy in person.

★ Carl Magnus will answer questions from the audience and sign copies of his other books.

★ A selection of merchandise related to the book will be available.

Carl has done some recent interviews about the book including one for Australian SBS radio with Johan Gabrielsson - you can listen to the interview here:

Check out more about the book on Carl's own site here:

Nice article about the book on Swedish site M3: 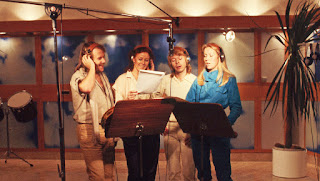 March 31, 2017 are given "ABBA - The Complete Recording Sessions" in a new edition containing previously unknown details of how the group recorded their hit songs.Originally published author Carl Magnus Palm Paper in 1994. The content was based on information that the author unearthed, as well as interviews with all members of ABBA and the key people who worked with them in the studio.In the 20 years that have passed since then, new information about the group carefully frammejslade music come and Carl Magnus Palm has put hundreds of hours of additional research: all of this has now been incorporated into the new version of "ABBA - The Complete Recording Sessions ". 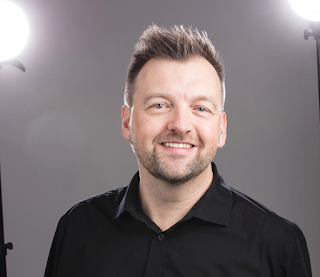 Memories of musicians and sound engineers who are not interviewed for the original book are also included in the revised and expanded edition. Some of them have rarely or never been interviewed about their collaboration with ABBA. The book is reworked from scratch and includes more than three times as much text as the original edition.The new edition of "ABBA - The Complete Recording Sessions" offers hitherto unknown facts about how ABBA was working and constantly worked on their music, how they cut off long pieces of the recordings to make the songs more "catchy", how they could change texts and arrangements of the same song, and how the same melody fragments could be tested in a variety of tracks before it finally ended up in the right place. 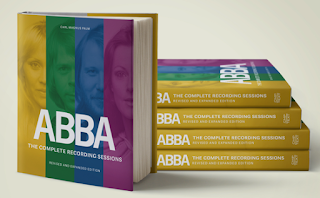 The book also tells about how Agnetha, Bjorn, Benny and Frida worked on their music and what they think today about the songs they once played in - they are not always entirely positive. In addition, the book contains five detailed texts about what happened when an ABBA song was created, from the melody was written to the mix. The work is in various eBook - and paper format and can be pre-ordered for about 350 SEK and up.